Alistair Overeem is open to the idea of facing Derrick Lewis after Curtis Blaydes or a rematch against Jairzinho ‘Bigi Boy’ Rozenstruik. 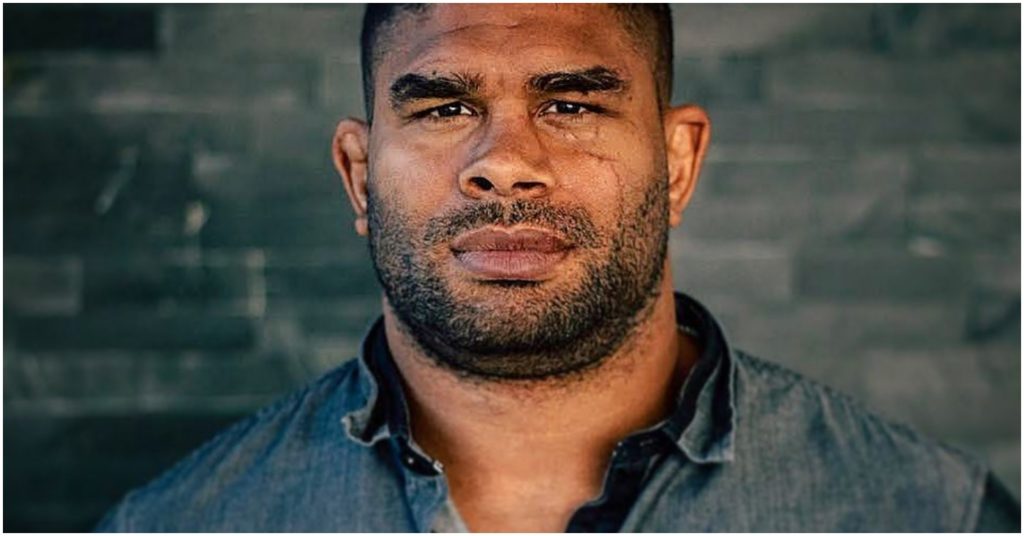 Alistair Overeem displayed his veteran prowess at UFC Vegas 9 last night. During the fight, he took on Augusto Sakai, stayed the course, and found a way to win during tough times. Initially, both men traded shots and clinch work on the feet. Until Overeem realized that he could take Sakai down with relative ease. Eventually, he was able to secure a TKO victory via ground and pound. Which, raised the question, who should Alistair fight next? In the eyes of Overeem, he’d be happy to fight Derrick Lewis or have a rematch with Jairzinho ‘Bigi Boy’ Rozenstruik.

Once the fourth round started, it was pretty much the beginning of the end for Augusto Sakai. During the broadcast, commentator Daniel Cormier was vocal about how Overeem’s takedown attempts were technically incorrect. However, he was able to get the job done with veteran savvy.

After the fight, Cormier, as well as fans of the sport wondered what should be next for Alistair. After all, he’s virtually faced the very best for generations. DC thought that a rematch against Bigi Boy made the most sense as Curtis Blaydes faces Derrick Lewis. Turns out, Overeem isn’t opposed to those matches, and he spoke about them during the post-fight presser.

“Derrick Lewis is just talking crap,” Overeem said. “My teammate, Curtis (Blaydes) is gonna destroy him, and I’d be happy to kind of do that after, Curtis – Curtis first. “Well, (Jairzinho) Rozenstruik – I destroyed that man, I schooled him,” Overeem stated. “In my opinion, it was a very bad decision from the ref – waving it off with zero seconds left. I have no problem running that back. In my mind, I already beat him, you know? It’s only on paper that he kinda got it (the win), and he knows it too. But, no problem running that back.“

Next for the Demolition Man

At this point in Overeem’s career, which fight makes the most sense? It’s difficult to climb back to the title when all the current contenders are past opponents. This leaves The Reem with a host of rematches to choose from. Especially if he still desires to become the UFC Heavyweight champion.