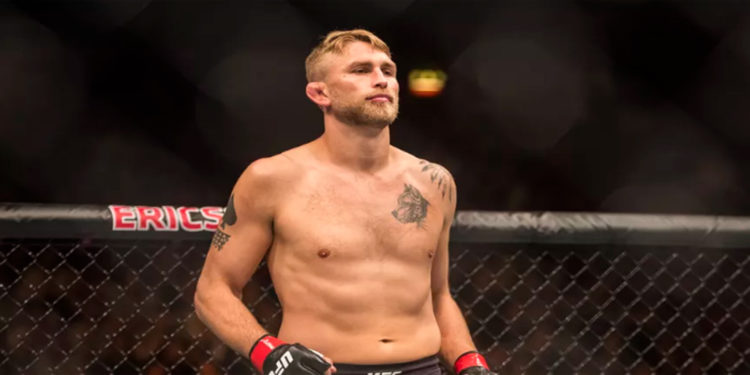 Since Daniel Cormier decided to go Heavyweight to face Stipe Miocic at UFC 226, Alexander Gustafsson suddenly has problems with finding opponents. Looks like The Mauler is seriously thinking about moving to Heavyweight. He doesn’t want to fight his teammates Jimi Manuwa and Ilir Latifi. (quoted by BloodyElbow.com)

“I can move up to heavyweight, in the light heavyweight division we have Jon Jones coming back, [Daniel Cormier] who maybe is coming back or maybe not. We’ll see how it all plays out,” Gustafsson told Viaplay Fight Week “But me and Ilir Latifi will not compete against each other and the same goes for Jimi Manuwa.”

“Heavyweight is also an option. I’m a heavyweight today. I’m actually only a light heavyweight during one day and that’s the weigh-in, after that, I’m a good heavyweight.”

Manuwa started training with Alexander Gustafsson in October 2014, and he is currently number four in Light Heavyweight division. Ilir Latifi is ranked fifth after a huge victory over Ovince Saint Preux at UFC On Fox 28 in Orlando.

However, Alexander Gustafsson still believes everything might be sorted out in a peaceful way. He definitively doesn’t want to fight with his friends and teammates.

“It’s a tricky situation, for sure. But I mean, we’ll see what happens. [Daniel Cormier] is now going up to face [Stipe Miocic], Ilir Latifi has heavyweight as a possibility,” he continued. “We’ll sort it out somehow. Of course, we both should be able to dream of the belt and we both should get our chances to fight for the title, but we’ll see how it all turns out when we get there.”

Alexander Gustafsson fought in the May 2017 in front of his home fans in Sweden, where he knocked Glover Teixeira out via elbow in the fifth round. Both fighters were awarded $50,000 Fight Of The Night bonus.

John McCarthy: Jon Jones ‘Would Have Lost The World Title’ If I Wasn’t Reffing At UFC 165