Why Saenchai is The Best Muay Thai Fighter of All Time

Every sport in the world and every generation has its own hero. We can all recall at least one such athlete who dominated the game like no one other. Muhammad Ali, Michael Jordan, and Diego Maradona are just some of the most famous athletes who have become larger than life figures.

In the Muay Thai world of powerful kicks and sharp elbows, we have seen many talented fighters becoming great champions. But for many people, there is only one king and his name is Suphachai Saenpong or just Saenchai.

Saenchai Sor. Kingstar aka Saenchai is the most dominant fighter of our generation and perhaps in Muay Thai history. From the first moment he stepped inside the ring at the age of eight to the present day, Saenchai has been victorious in over 300 bouts. He is a national hero and perhaps the first Thai fighter to enjoy great popularity around the world.

In order to understand why Saenchai is the best Muay Thai fighter, we have decided to look deep into what sets him up above the others. So, we are bringing you the top eight reasons we believe make Saenchai the greatest fighter to ever compete in Muay Thai.

8 Reasons Why Saenchai is the Best Muay Thai Fighter

1. His accomplishments are amazing

Saenchai is one of the most dominant fighters in the history of Thai boxing. Thus, he has achieved a lot in the sport and his successes are admirable. Quite simply, he has won all of the prestigious titles there are to win in Muay Thai.

Saenchai has spent the majority of his career competing in his native Thailand. As you would expect, he won the greatest fights and titles while competing at the Lumpinee and Rajadamner stadiums. He won the prestigious Lumpinee Stadium title an amazing five times. What’s more, he achieved this by competing in four different weight classes.

Interestingly, Saenchai won the first super flyweight Lumpinee title in 1997 at the age of 16 and the bantamweight title at the age of 18. It takes a special talent and unique skills for a fighter to defeat the very best opponents at such a young age.

Of course, he has won many other notable titles and tournaments:

2. Saenchai has beaten the best of the best

Throughout his entire career, Saenchai has been facing only top competition. Right from the early beginnings, he was able to set the bar high, and he never allowed anyone to come even close. Despite being 39 years old, Saenchai is still dominating the competition all over the world.

The truth is, we have seen many great fighters working their way up and winning the titles. But staying on top and defending the throne is a much harder thing to do, especially in Muay Thai. Yet, Saenchai has been keeping the throne intact for over a decade now. Very few fighters in combat sports history have reached that level of domination.

Like a true warrior, Saenchai cares a lot about his legacy. So, you’re never going to see him picking the opponents below his levels. Regardless of the division, he’s always ready to face the champions or upcoming young talents. Thus, he holds a victory over every notable name from his generation.

Also, he can get wild at times. In 2009, he accepted to face two opponents in a single night. What’s even more shocking, he was able to defeat both Sagetdao Petpayathai and Petchboonchu without any problems whatsoever. Also, bear in mind that both these fighters are former Lumpinee Stadium champions.

Saenchai has that winning mentality that all great athletes share. Both inside and outside the ring, he is a very confident and obsessed person.

3. He is a very exciting fighter

One of the reasons why Saenchai is the best fighter is his exciting fighting style. You can see his love and passion for the game by how he fights inside the ring. It’s fair to say there has never been anyone like him.

Saenchai is a very awkward and creative fighter who never uses the same combination twice in a fight. He has insane footwork that allows him to constantly switch his stances and keep the opponents guessing. Further, his fighting IQ is off the charts, and everything he throws has a perfect timing behind.

Sometimes, he may look overconfident and cocky inside the ring. But Saenchai is a spontaneous fighter who likes playing emotional games with his opponents.

What makes him so exciting is the ability to perform very rare Muay Thai techniques. So, you can often see him throwing wild stuff like scissors and cartwheel kicks. According to many sources, Saenchai was the first one to use Cartwheel kick inside the Muay Thai ring. So, he’s not just creative, he is an innovative fighter as well.

The truth is, Muay Thai fighters are putting their lives on the line for glory and respect. Instead of chasing money and fame, they care about winning the hearts of the people around the world. Saenchai earned his fearless reputation and the hearts of many people by fighting against much bigger opponents.

Saenchai is 5’4″ tall, and he fights around his walking weight of 135lbs. But over the years, he has literally cleaned his division and many fighters are avoiding him. So, he began pursuing new challenges and facing the fighters above his weight class.

As we know, size plays a key role in martial arts. A couple of inches in reach could make a lot of differences. But, Saenchai doesn’t care about any of that. In his mind, you can outmatch him in size, but you can’t match him in skill. For example, he difference in weight between him and some foreign fighters goes up to 15lbs.

For many fighters, going to the division up is very challenging. But Saenchai has so much experience that allows him to literally toy with much bigger opponents.

5. He is a very active fighter

Without a doubt, Saenchai is one of the most active fighters in the world. Thus far, he has competed in over 345 kickboxing matches. Believe it or not; he is actually competing twice a month on average. Now, can you imagine Conor McGregor or Tyson Fury fighting that much?

Regardless of the sport, you are never going to find an athlete with such consistency and dedication. Also, don’t forget that he has been facing only elite competition and mostly fighters bigger than him. I mean, that’s insane.

The secret behind his activity is simple. Saenchai has a very good defense, and he rarely receives a clean strike. So despite being in so many fights, he has received a limited amount of damage. Also, he never sustained any serious or career-changing type of injury.

What’s more, Saenchai is always in the gym and keeping himself in top shape. So, he is always ready to receive a call and accept the challenge.

The secret behind his success lays in the fact that Saenchai is a very smart fighter who knows how to keep himself out of trouble. Although he may look wild inside the ring, Saenchai is actually a master tactician. He has the unique ability to read the rival’s actions and adapt his style in the middle of the fight. These skills separate average fighters from the very best ones.

Further, this is very important in Muay Thai since the fighters are competing multiple times a month. As said above, Saenchai is a very active fighter and he fights twice a month on average. He doesn’t have much time to go through the training camp and analyze every rival in detail. Thus, he relies on the high fighting IQ and deep knowledge and understanding of the sport.

At times, it may look that he is just showboating or provoking the opponent. But in reality, he uses this kind of tricks to drive in the opponent and catch them on the counters.

7. He shares his knowledge with the world

Saenchai is one of the first Thai fighters to become very famous in the western world. Due to his exciting style, it’s very easy to fell in love with him. So today, he is one of the most famous fighters in the world and a true legend of Muay Thai.

But unlike many champions, he remained humble and focused on promoting the right values. In recent years, he began using his great knowledge and fame to inspire young fighters. He has held many seminars in his native Thailand and all around the world.

Also, Muay Thai has become one of the key elements of MMA and a very important weapon of every fighter. Thus, many foreign MMA fighters began traveling to Thailand and to look for a way to develop great striking skills. Like a true legend, Saenchai welcomes the fighters from other martial arts and helps them to enhance their standup game.

So, he also spends a lot of time teaching these fighters and explaining the science behind every move. Let’s be real, there’s no better teacher on this planet.

8. He is synonymous with Muay Thai

The truth is, Saenchai is not the best Muay Thai fighter just because of his achievements and spectacular victories. Above all else, he cares about the tradition and is a great representation of the Muay Thai philosophy.

Muay Thai fighters are usually known for vicious power and brutal elbows and knees. But Saenchai showed the world true side of Muay Thai by demonstrating a high level of technique. He is always looking for a way to outsmart his opponent and use the technique instead of sheer power. What’s more, his record clearly supports this claim. Out of 299 wins thus far, Saenchai was able to finish “only” 40 fights by knockout.

However, don’t let this fool you. He has plenty of power in his wrists and can knock out cold any fighter on the planet earth.

Why Saenchai is the best fighter?

Saenchai is the best because he is a very active fighter who has beaten the best of the best in Muay Thai. Inside the ring, he is a very exciting fighter and he mostly fights against bigger opponents. Throughout his career, he has won many titles and he likes to share his knowledge with the world.

How many fights Saenchai had?

Saenchai is one of the most active fighters in the world. Thus far, he has competed in over 345 kickboxing matches. He is actually competing twice a month on average. Further, he has 41 losses and 5 draws on his record. 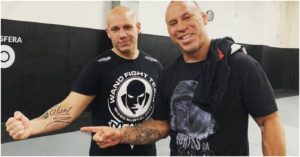 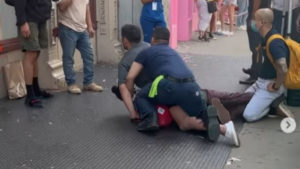 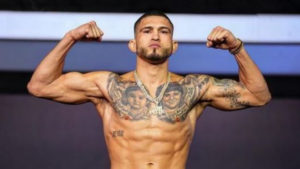 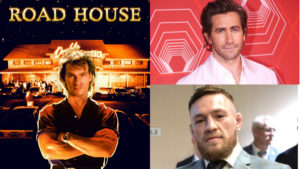