How to Get Better At Takedowns: Tips and Techniques

The Best Techniques To Improve Your Takedowns

Without a doubt, takedowns are one of the most effective ways to neutralize the opponent or enemy. So, it’s not a surprise that they are the main aspect of any martial arts and combat styles. Regardless if you are BJJ, MMA or a wrestling student, takedowns are the first skill you must learn. Taking the opponent down provides you with the dominant position and the ability to put them out quickly.

In spite of many benefits, getting a takedown is very hard and requires perfect timing. Even the most gifted athletes need to spend a lot of time on the mats drilling the techniques and learning the science behind every move. Not to mention the amount of knowledge, speed, and explosive strength the one must-have. So, if you are struggling to get better at takedowns or you feel like being stuck at a certain level, don’t panic. Takedowns are perhaps the hardest skill to master, and it’s normal to face some struggles on the way.

Thus, we have decided to make it easier by bringing you great tips on how to get better at takedowns. Below you can find many drills, exercises that can quickly improve our grappling game. We assure you will experience benefits in a short time span.

Honestly, there is no better way to get better at takedowns than continuously repeating the techniques and moves. Drilling the techniques all over again will stamp the moves into your muscle memory and help improve your skills. As a result, you will not lose time thinking about the moves during the sparring or matches. Instead, the body will automatically execute them like a machine.

The drills below will sharpen your technique and also help you develop the needed speed for a faster entry on the takedowns.

In order to get better at takedowns, you must shift the focus on executing the moves right way rather than using sheer strength. Don’t get us wrong, having the explosive strength is great for takedowns. But, you need to learn how to execute the technique by using the leverage. This allows you to score takedowns without using much power and energy. 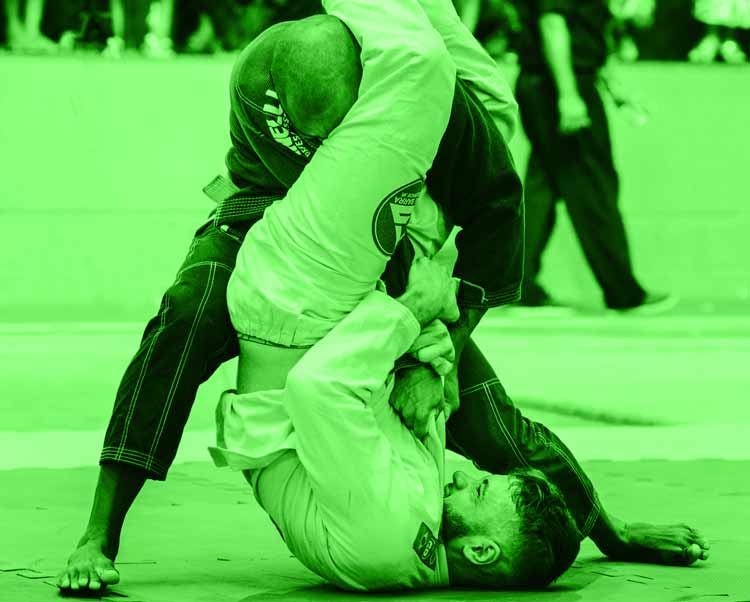 So, begin practicing how to perform moves from different positions by using less force. As you become more familiar with it, speed up the process and start using more power.

Bear hug drill is a great way to learn the positioning and increase the speed of your takedowns. The drill begins in a standup position, and the key is to get the opponents back and lock his hands in a bear hug. You can wrap the hands either around your partner’s chest, midsection or thighs. A bear hug is a very dominant position from which you can easily score a takedown or take the back mount.

Knee tag is one of those playful drills that will improve the speed of your takedowns and overall wrestling skills. The drill begins like a regular wrestling match. But instead of focusing on scoring the takedowns, you should try to touch the front or back of the partner’s knee. While performing, you can use the hands to defend or manipulate the entries. This drill also allows you to get better at managing distance and learn how to set up your timing.

This drill teaches you how to control the opponent’s head and posture which is very important in any grappling style. Once you put the opponents head below yours, their instant reaction is to regain the composure by posturing up. But this opens the doors for you to execute many wrestling or BJJ moves.

In a GI or without it, controlling the posture and putting the head down requires a lot of effort and practice. But, this drill is a must if you want to get better at takedowns.

This is one of the fundamental wrestling drills for improving both takedown offense and defense. Although this is a grueling type of drill, it allows you to learn how to stay committed to a takedown and always find a way to take the opponent down. For example, shoot for a double leg takedown and once your partner blocks it, re-shot for a single.

Sometimes during the matches, you need to re-shoot up to five times before getting the takedown. So, it’s very important to perform this drill as much as you can.

Explosive strength is one of the most important things in the grappling world. It provides you with an advantage in speed and power and allows you to outmuscle the opponents. You also need it to execute various throws and switch between the positions faster.

The workouts below are very important, and every martial artist should have them as a part of their training.

Kettlebell workouts are a great way to quickly build explosive strength and to increase the cardio levels. It is one of the best workouts since it equally improves strength in both upper and lower body segments. Also, most of the exercises below are targeting the same muscle groups used during the grappling exchanges. As a result, kettlebell workouts are very popular in the BJJ world. 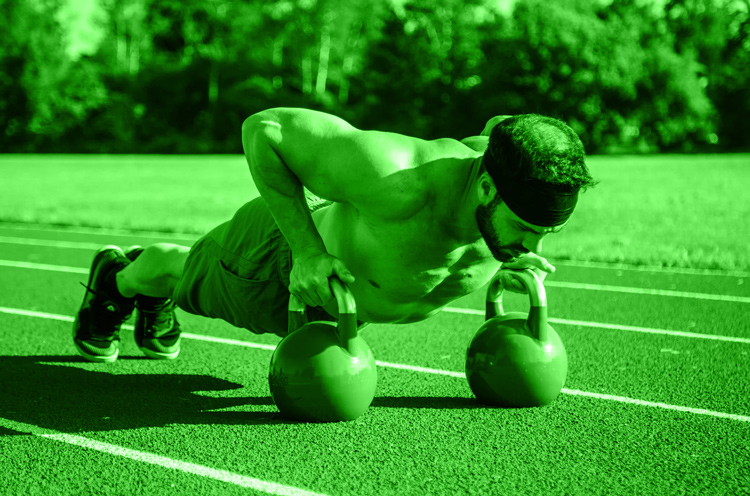 Here is our favorite workout that will help you get better at takedowns:

Medicine ball workouts are still one of the best ways to build explosive strength. Like kettlebells, you can use medicine balls to target every muscle group and complete a full-body workout. Also, this workout improves balance and makes you much faster on the mats. Thus, it will positively affect your offensive and defensive grappling abilities.

There are many medicine ball exercises to choose from. But you should focus on performing the high intensive ones that will move your body in a similar motion as during the grappling exchanges. 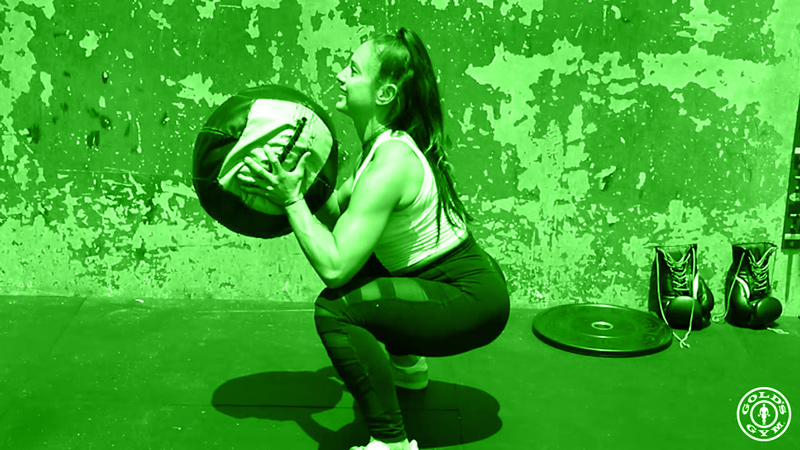 That said, here is a great workout you should perform at least once a week:

One of the ways to increase explosive strength is to include various types of jumping workouts into your training. Jumping workouts are the primary aspect of plyometric training. Most of the exercises are focusing on building explosive power in your legs which is very important for grappling. You will become much faster in changing your levels and very explosive during the finishing sequences of the takedown. 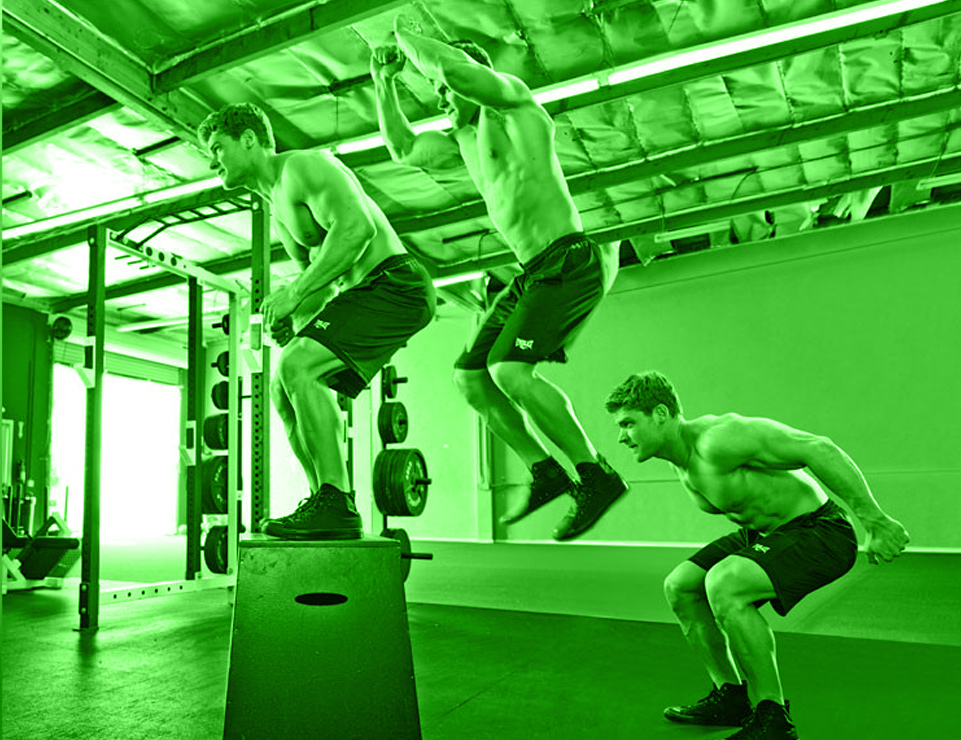 Thus, a powerful lower body segment gives you the edge during the close-range exchanges.

10. Focus on a specific set of takedowns

As we all know, there are hundreds of different types of takedowns. Naturally, you can’t master and use them all. So, if we look at any successful grappler, we can see they are relying on a few favorite takedown techniques. But, they are the absolute masters in executing them. In order to get better at takedowns, you should put all of your focus on learning the four fundamental takedown techniques. Regardless if you are a beginner or more experienced practitioner, you must know how to execute the takedowns below. Without them, don’t even think about further improvements and progress.

The double leg takedown (also known as “double”) is a very powerful technique and one of the first things amateur wrestlers must learn. When executed perfectly, it can even do some damage to the opponent. The technique itself has a couple of variations, and you can take the opponent down by lifting them up or pushing them forward. The popular double is one of the most effective ways to get into the dominant position.

But, MMA and BJJ fighters should be careful because you can easily end up being in the guillotine choke.

Out of all wrestling moves, single-leg takedown is perhaps the most popular technique. Like the double leg takedown, “single” has many variations and you can perform it in different ways. You can grab the single leg and go low to pick up the opponent’s ankle or you can hold the leg high up in the opponents’ crotch area. These two types of single leg takedown are known as “ankle picks” and “high crotch”.

Depending on the level of experience and athleticism, every grappler has a different way of attacking. Attacking the leg high is the easiest and the best way for beginners. Low single leg takedowns need a lot of experience since the attack focuses on leverage.

Also, you can attack the opponent’s leg either from the outside of the body or the inside. Regardless of the method, you can combine the single-leg takedown with a leg trip to the other leg.

Outside leg trip is perhaps the best move you can execute while being in the clinch. It is very popular among the MMA and BJJ fighters and it is the favorite technique of the UFC star Daniel Cormier. The technique is relatively easy to execute against the people who don’t have a good balance.

There is a slight difference between performing the outside trip in a gi or without it but both versions are focusing on pushing the opponent off balance.

Focus on putting things together

In some way, every form of grappling is a human chess match. In order to secure the advantage over the opponent, you need a high awareness of what’s happening and make split second decisions. The secret behind scoring a perfect takedown is putting together various moves. In wrestling, this is called “chain wrestling”. It represents the ability to transition through all sequences before completing a takedown.

Whether it’s a BJJ or wrestling match, you must learn how to put things together and make most out of any situation. Here are some tips on how you can achieve this.

Like in the game of chess, you must think two or even three steps in advance to win the grappling exchange. You need some kind of script in your mind that shows you what technique works from a certain position. Having the process stamped into your brain gives you the ability to put together the sequences of any takedown more efficiently. 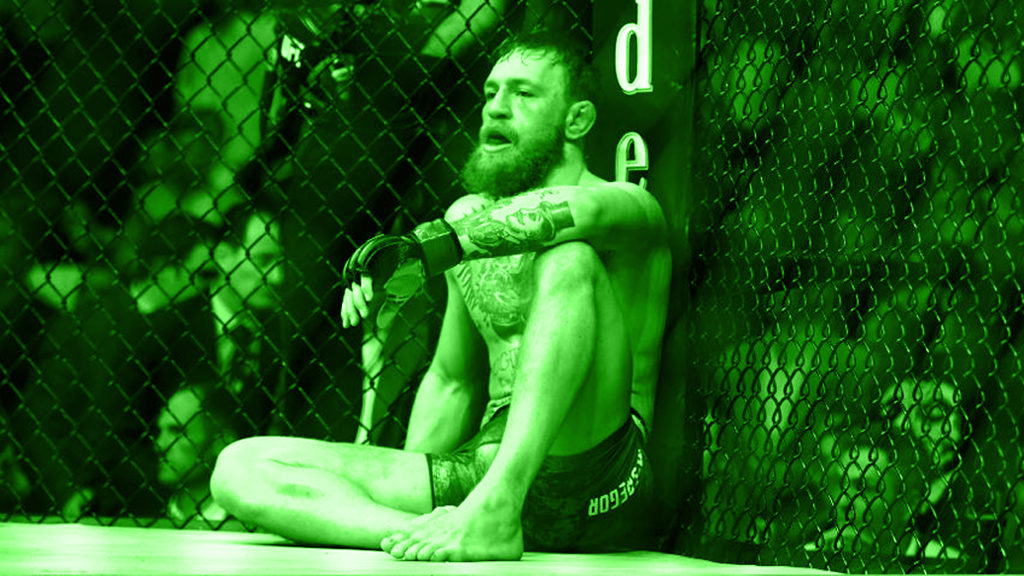 We know, this may sound difficult for beginners and that is normal. You just need a good knowledge of the takedown sequences and high focus during the action.

Using the forehead to position yourself in a clinch and off-balance he opponent is a very useful strategy. It’s one of those things that elite grapplers know, and you don’t. During the clinch battle, you must know how to use your head to manipulate the pponent’s head position and create the opportunity for a takedown. In MMA fights, for example, you can always see two fighters clinching against the cage and battling for a head position. The great UFC champion Khabib Nurmagomedov is known for using this specific technique to set up his relentless takedowns.

The reality is, you can’t expect any improvements on the mats if you always perform the same moves. This makes you predictable during the sparring, and your partners will have an easier time countering your attacks. Being good at certain aspects of grappling is good but it can also give you a false sense of security. So, concentrate on breaking the habits and learning new tricks that will make your takedowns more unpredictable.

The truth is, improving any aspect of your martial arts game is hard. It requires a lot of effort, time spent on the mats and sacrifice. Thus, getting better at takedowns is perhaps the toughest challenge a martial artist can face. All the presented tips above will improve your grappling abilities and overall physical conditioning. Even the more experienced grapplers can use the exercises and drills above to get in top shape.

As for beginners, focus on spotting the weaknesses and the aspects that are seeking the improvements. Regardless of the combat style, we all share similar desperate feelings of wanting to improve, and this can be frustrating at times. But this is just a learning process and a test you must pass to grow and succeed as an athlete.