Rose Namajunas is currently the female fighter with the most attractive arsenal of kicks. She has lighting fast hands too, and sometimes she executes a takedown off the clinch.

Her best submission from the clinch is flying armbar, which she utilized successfully many times in the style of Roger Gracie. Thug Rose hunts the perfect moment to trap the arm. Rose Namajunas also has four victories via rear-naked choke.

Before she turned pro, Rose Namajunas had 3 exhibition matches and 4 amateur matches in MMA. She won all her opponents.

Rose Namajunas made her MMA debut on Invicta FC 4 tournament against Emily Kagan on January 5, 2013, and won via rear naked choke. 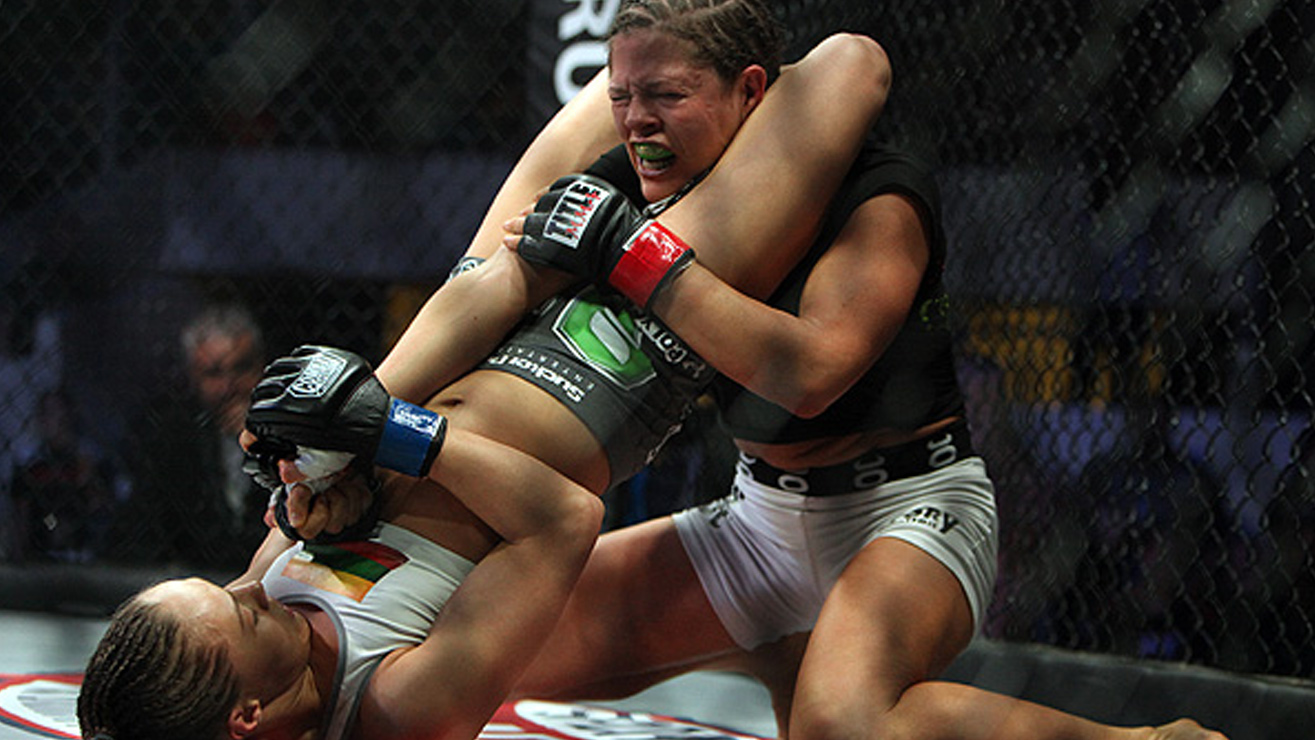 In the next two fights, she was up and down. Thug Rose defeated Kathina Lowe via flying armbar at 0:12 of the first round, which is her fastest victory ever. After the decision loss from Tecia Torres, Rose Namajunas signed for UFC.

Rose Namajunas had a debut on The Ultimate Fighter 20 Finale in Las Vegas, Nevada. The event was held on December 12, 2014, and her opponent was Carla Esparza. In the first fight, Rose Namajunas fought for the inaugural UFC Women’s Strawweight Championship! It was a co-main event of the evening.

Thug Rose fought well for the first two rounds, but Esparza was a better rival in all segments of the game. In the third round, after a pure ground and pound domination, Namajunas gave the back to her opponent and Esparza von via rear-naked choke. 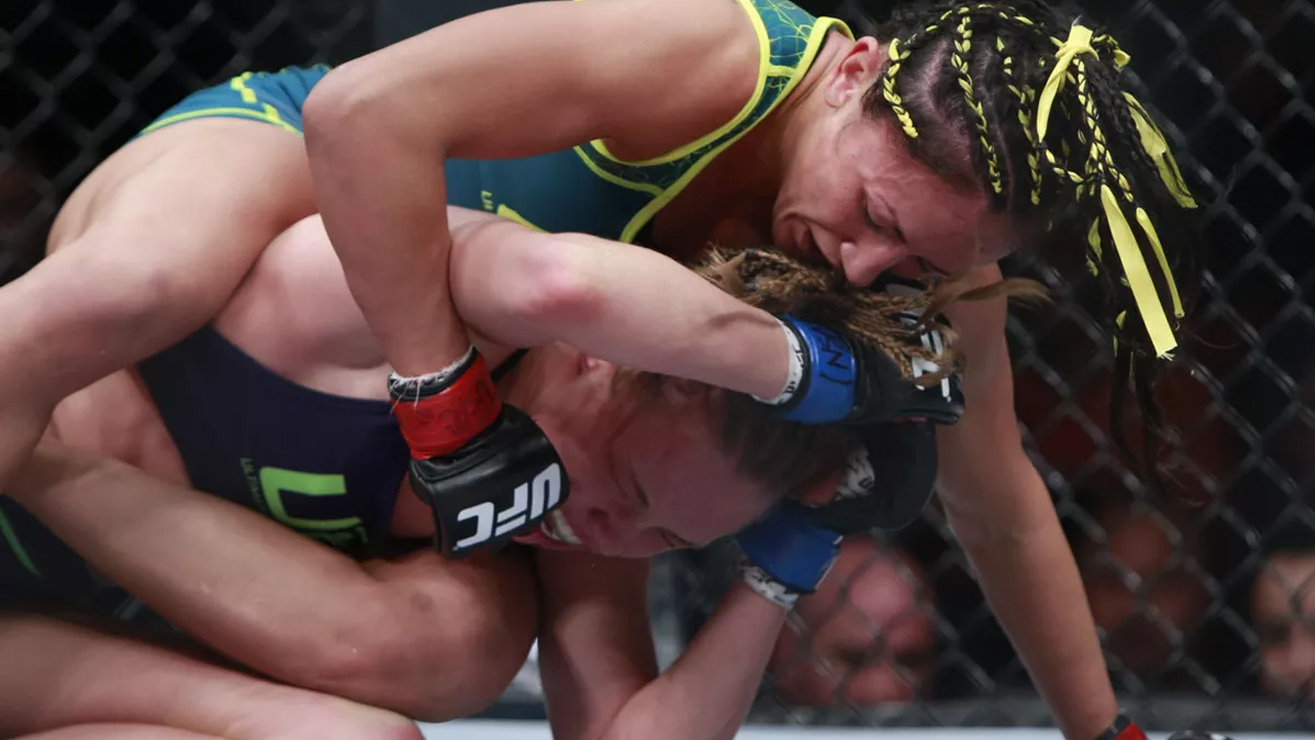 Rose Namajunas had the chance to fix the things up in UFC 192 against Angela Hill. After a friendly hug at the weigh-in, Rose was so dominant from the beginning that her opponent barely landed a single strike!

After Thug Rose jumped on Angela’s back in the first round, she adjusted the standing rear naked choke and the referee stopped the fight! Rose won the match. 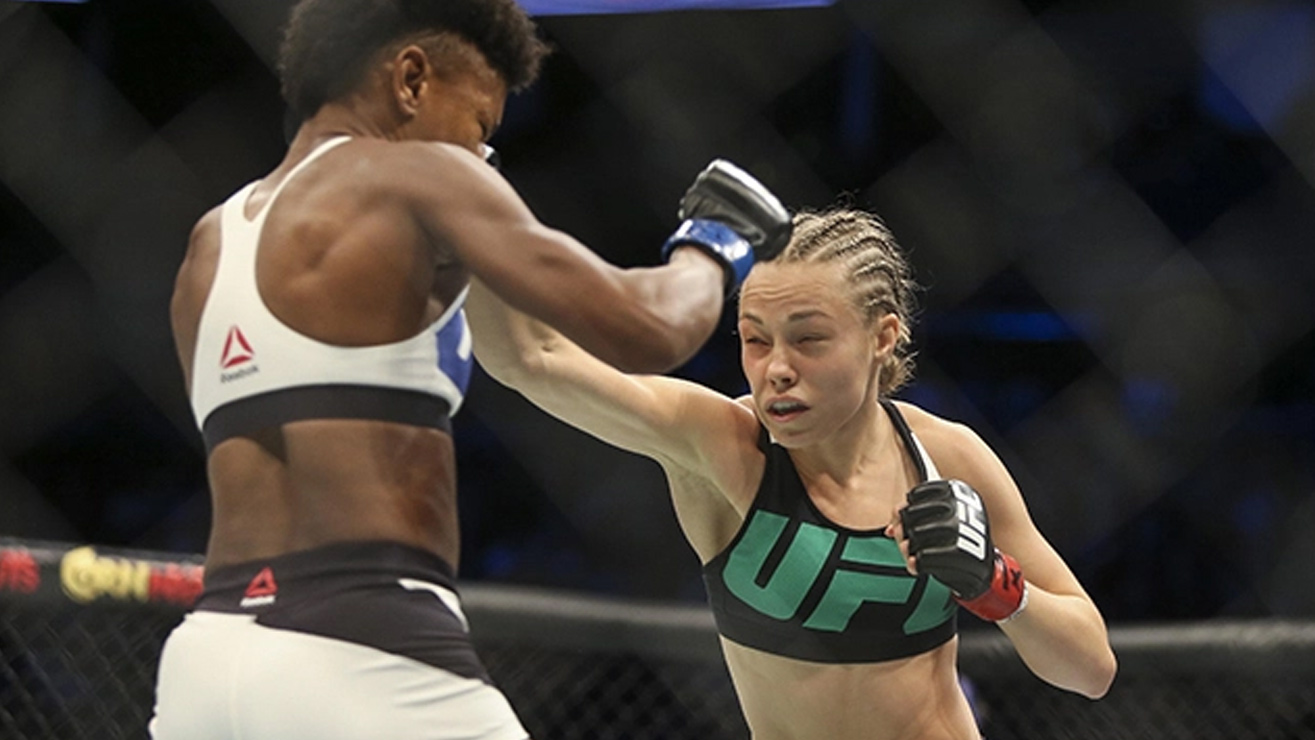 Her next opponent was Paige VanZant on UFC Fight Night 80, which was held in Las Vegas, Nevada, on December 10, 2015. This was her longest fight in the career. Rose Namajunas fought for the first time in the main event of the evening!

Rose was dominating through the fight, in the stand-up, and on the ground. After two unsuccessful armbars and three other submissions, she trapped opponent’s neck in the fifth round and won via a rear naked choke. 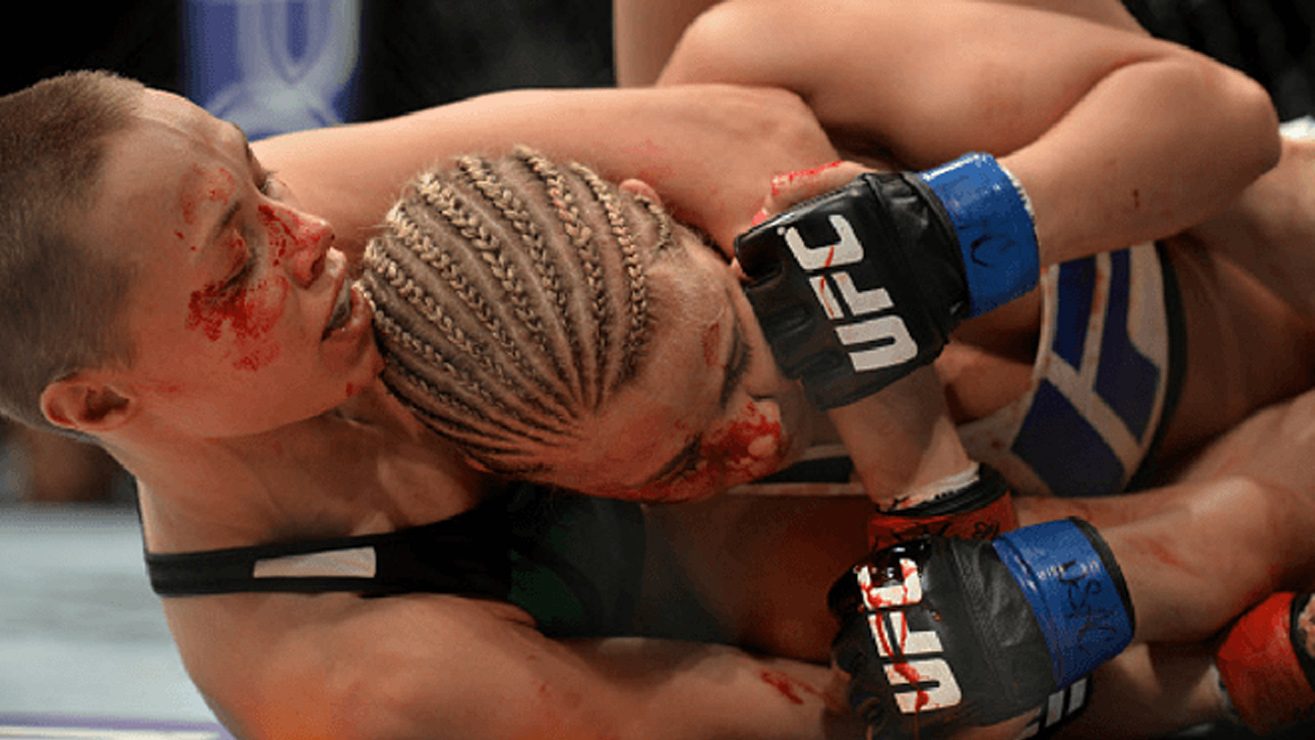 In the next fight, Rose Namajunas got a chance to revenge for the loss to Tecia Torres. The two faced on UFC On Fox 19, which was held on April 16, 2016. Thug Rose won via unanimous decision. 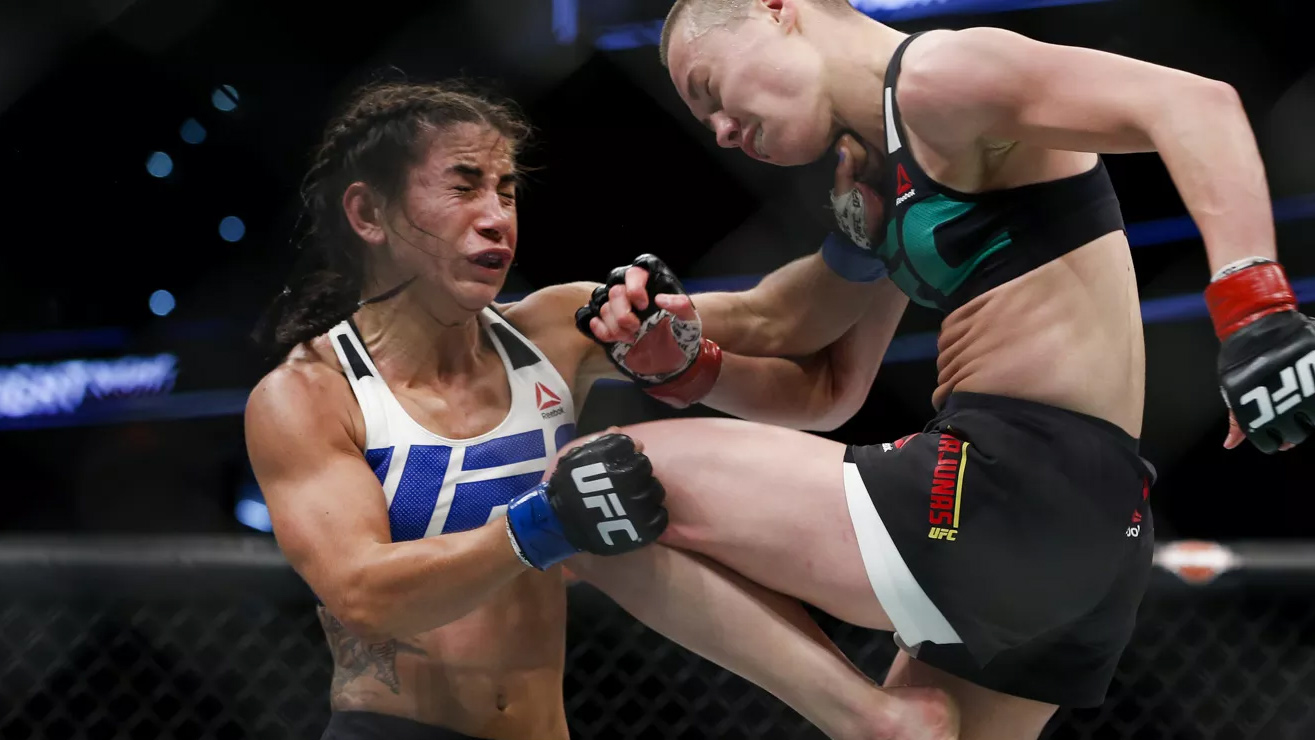 Rose Namajunas had an extremely tough rival, Karolina Kowalkiewicz, at UFC 201, which was held on July 30, 2016. Karolina won via split decision after three rounds of ultimate war in the octagon. 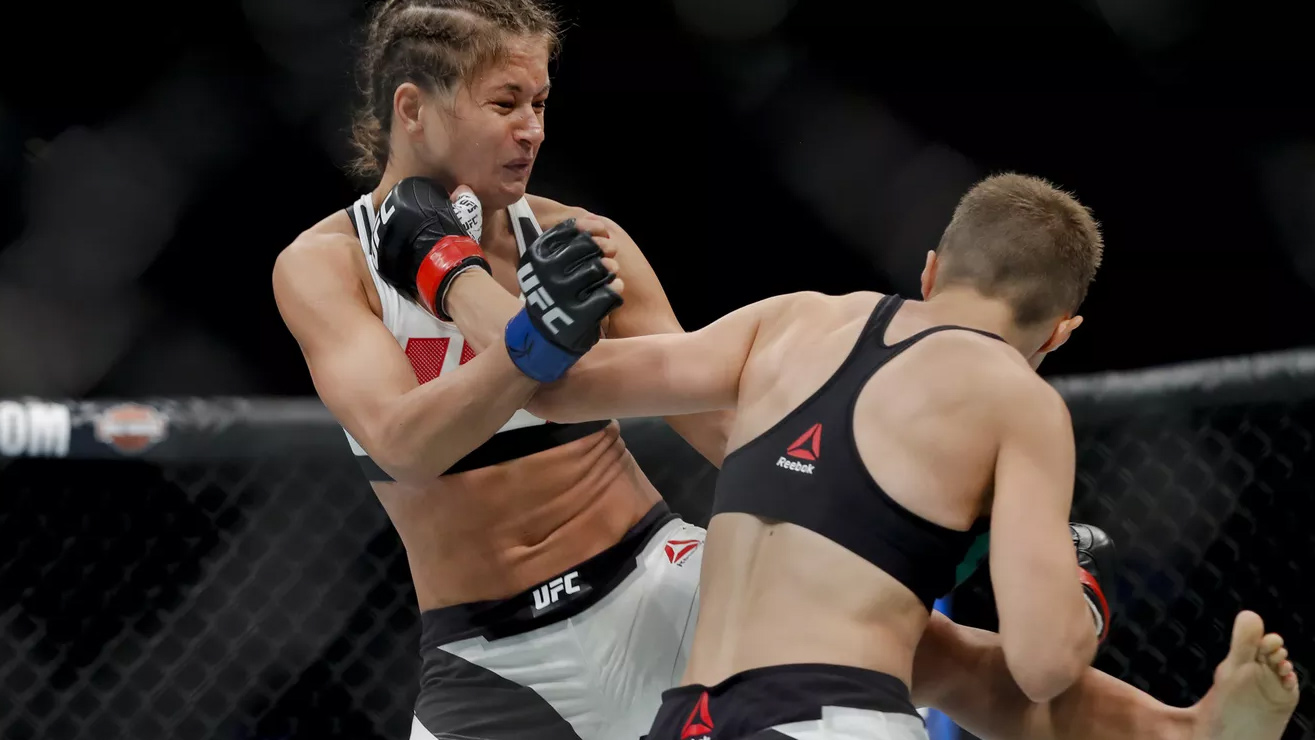 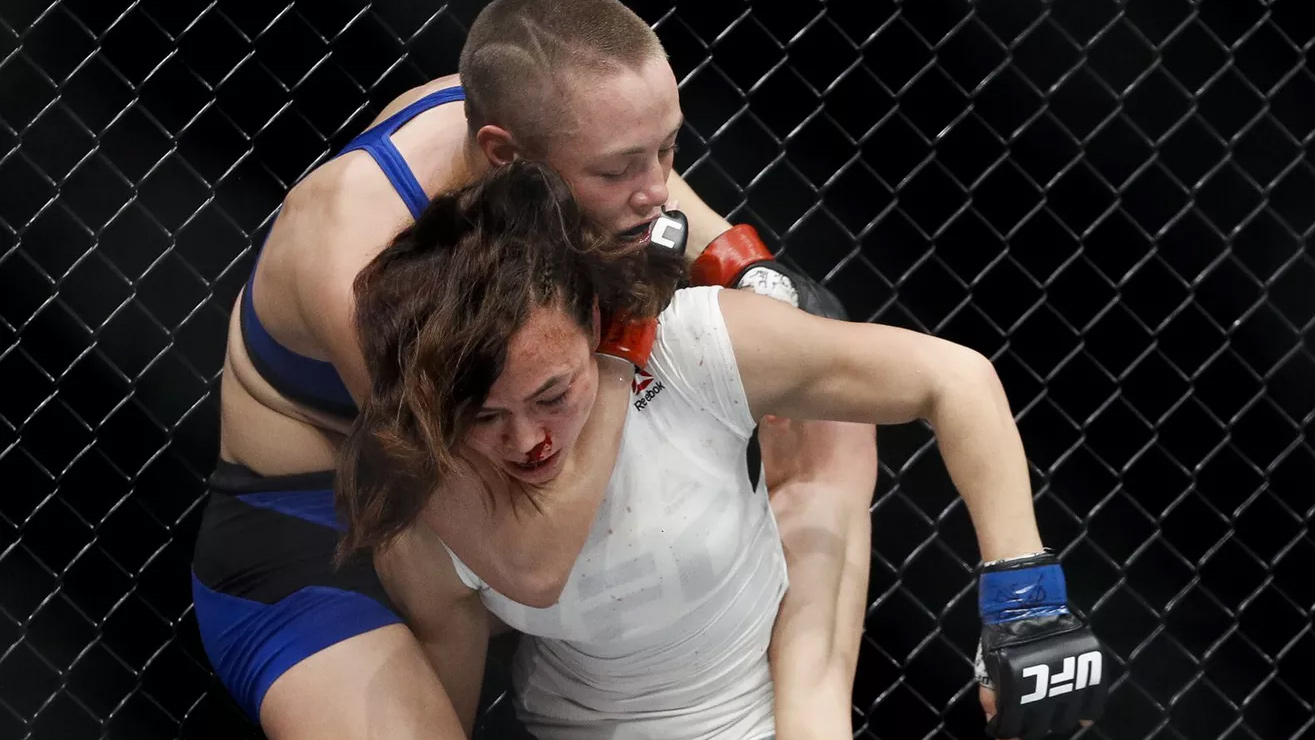 Despite Jedrzejczyk’s threats at the weigh-in, Thug Rose kept her calmness and didn’t look scared. The only thing she said is that the fight meant everything to her.

Despite Rose Namajunas was a big underdog against undefeated Joanna Jedrzejczyk, she shocked the UFC world. In the middle of the first round, she punched Joanna behind the ear and rocked her hard. It looked like the situation is calming down, but Thug Rose landed a brutal left hook which hit her opponent’s chin. 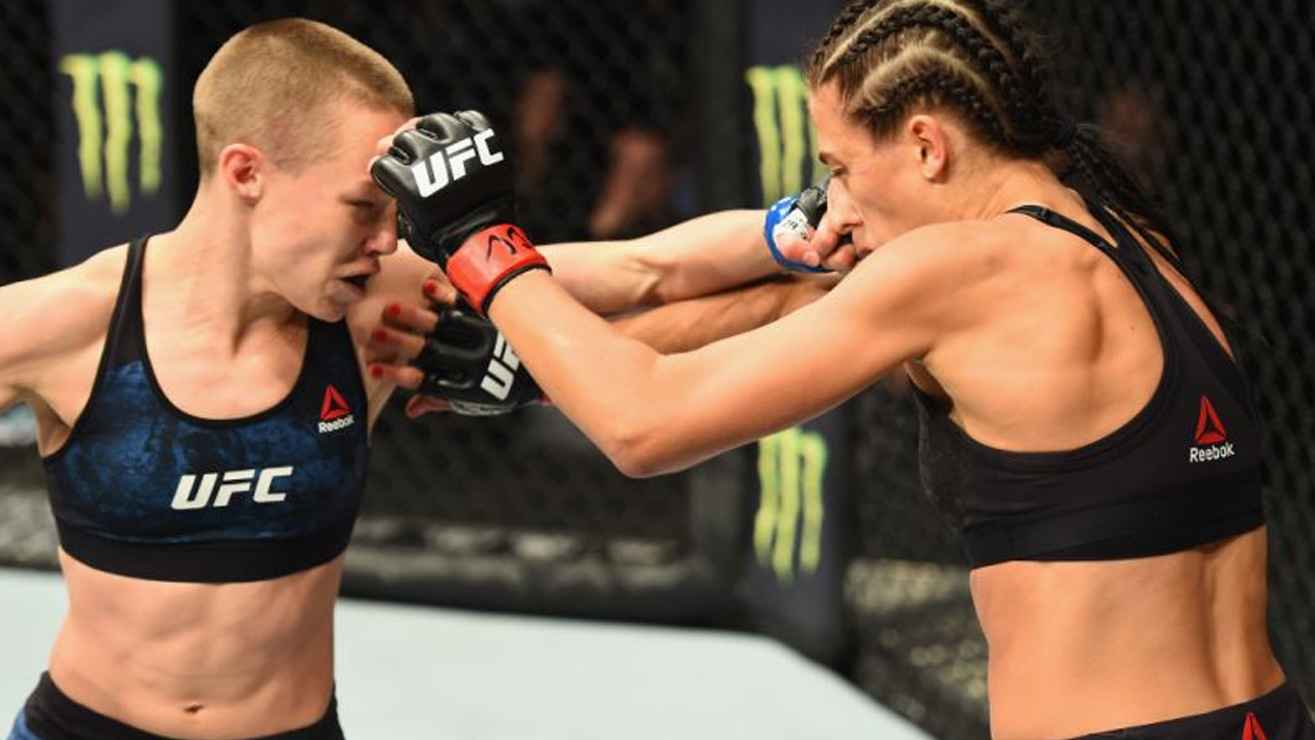 As soon as Joanna went down, Rose Namajunas continued to punch her until the referee stopped the fight. In the post-fight interview, she claimed she feels like a normal person!

The rematch between Rose Namajunas and Joanna Jedrzejczyk is scheduled for UFC 223. The event will be held in Brooklyn, New York, on April 7, 2018. Both fighters are extremely strong on words – Joanna claims she will be more “cocky, arrogant, and loud”, and she threatens again to knock Thug Rose down. But this time, Rose Namajunas is more than certain she will choke her opponent out swiftly.

One thing is certain, this is going to be a real war! Both fighters are hunter and prey at the same time. According to oddsmakers, Lithuanian superstar is the underdog again. What do you think, who will win this showdown?

Rose Namajunas is the fiancé of her training partner Pat “HD” Barry, a Glory and former UFC Heavyweight competitor.