Randy Couture is the first athlete in the history of UFC who won the title in two different divisions. Randy is a fighter who tries to stay away from the stand-up game as much as possible and looks for a chance to take the fight to the ground all the time. He has solid punches but he doesn’t know to kick above the level of the opponent’s hips at all.

Clinching is one of Randy’s trademarks. He grabs the opponent’s head and delivers brutal uppercuts and hooks, or puts his hands around the opponent’s waist and performs attractive throws. He is like a leech when he crosses his hands on the rival’s spine – it means a trip or a slam is inevitable.

On the ground, Randy Couture knows every single strike and he is extremely dangerous because of the element of surprise – you never know whether he will try an uppercut, hammer fist or cross. The Natural is also the lord of transitions who loves mounting opponents back. He is also a master of submission wrestling, and his most effective submissions are Kimura, rear-naked choke, and arm-triangle choke.

The first association when you think of Randy Couture is his legendary cauliflower ears.

Randy Couture had his UFC debut at the semifinals of UFC 13 Heavyweight Tournament on May 30, 1997, versus Tony Halme, whom he defeated via rear-naked choke after only one minute in the first round. This was Randy’s quickest victory of the career. On the same day, he defeated Steven Graham at the finals via TKO.

Randy Couture won the UFC Heavyweight title at UFC 15.5 on December 21, 1997, when he won Maurice Smith via majority decision. Randy signed with Vale Tudo Japan where he had few matches and he was stripped of the title.

At the main event of UFC 28, on November 17, 2000, The Captain America defeated wrestling superstar Kevin Randleman, winning UFC Heavyweight title for the second time. After two more fights at smaller promotions, he had no fights outside the UFC.

Randy Couture successfully defended the title versus Pedro Rizzo at the main event of UFC 31 on May 4, 2001, earning a unanimous decision victory. It was later pronounced for the Fight Of The Year 2001.

In another title fight, The Natural defeated Pedro Rizzo again at the main event of UFC 34 on November 2, 2001. Couture won via third-round TKO.

Josh Barnett defeated The Captain America at the main event of UFC 36 on March 22, 2002, via third-round TKO, and Couture lost his UFC Heavyweight title.

Since Barnett was positive for anabolic steroids, he was stripped of the title and Couture faced Ricco Rodriguez at UFC 39, on September 27, 2002, for the vacant UFC title. Rodriguez broke Randy’s orbital bone after elbow in the fifth-round and won the fight via submission. This fight is known as the second latest knockout in a title bout – round 5, 3:04.

Randy Couture moved to Light Heavyweight division and faced Chuck Liddell for an Interim UFC Light Heavyweight Championship at the main event of UFC 43 on June 6, 2003. The Natural took his opponent down in the third round and ended it with the barrage of punches from the full mount.

At the main event of UFC 44, on September 26, 2003, Couture made a world-class surprise by defeating five-time champion Tito Ortiz via unanimous decision. The Natural won and unified the title.

His next rival was Vitor Belfort at the main event of UFC 46, on January 31, 2004. At 0:49 in the first round, Belfort cut Couture open with a left hook, and won the fight via TKO (doctor stoppage). Couture lost the title.

Vitor Belfort and Randy Couture fought for the third time at the main event of UFC 49, on August 21, 2004. This time, Couture dominated the match during all three rounds, won via unanimous decision, and regained the title.

Two angry rivals faced at the main event of UFC 52, on April 16, 2005. Chuck Liddell knocked him out via punch at the first round and remained the UFC Light Heavyweight champion. This is Randy’s first knockout loss of the career. 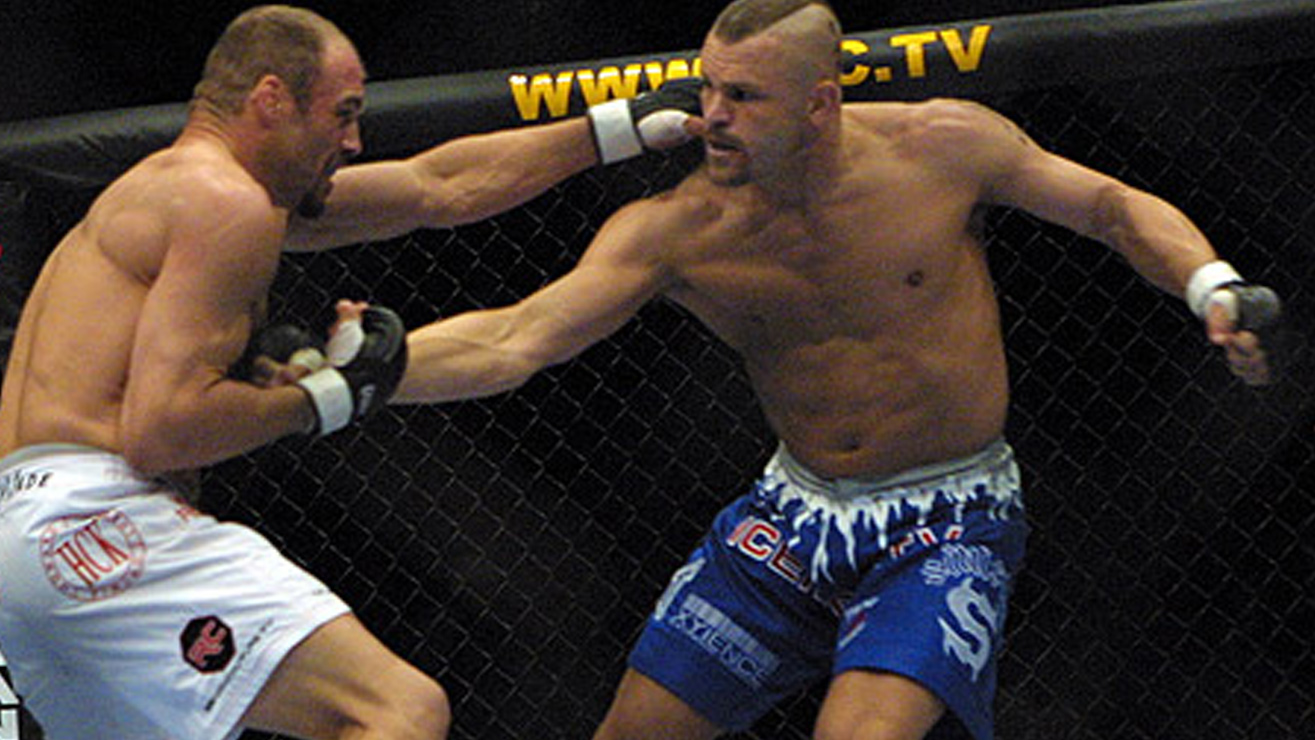 Angry rivals fought for the third time at the main event of UFC 57 on February 4, 2006. Chuck Liddell hit him with a lucky right hook counter in the second round and knocked him out cold, maintaining the title for the second time.

After a short “retirement break”, Couture returned to fight Tym Sylvia at the main event of UFC 68 on March 3, 2007, as a Heavyweight competitor. The Natural won this UFC Heavyweight title match via unanimous decision.

Randy Couture defended the title at the main event of UFC 74 on August 25, 2007, versus Gabriel Gonzaga via third-round TKO, earning his first Fight Of The Night award.

Randy Couture returned again at the main event of UFC 91, on November 15, 2008, where he was defeated in a UFC Heavyweight title fight versus Brock Lesnar via TKO (hammer fists) in the second round. 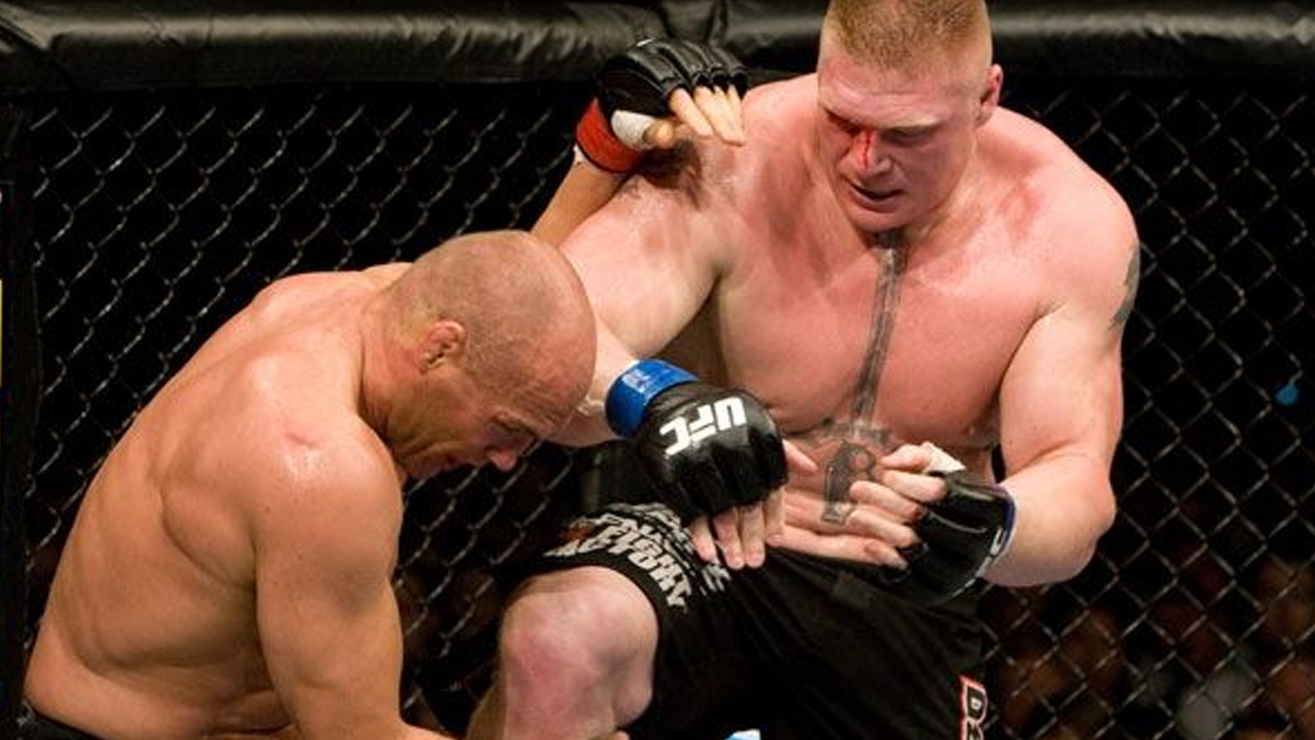 Couture then faced Antonio Rodrigo Nogueira at the main event of UFC 102, on August 29, 2009. He was defeated via unanimous decision, but he won his second Fight Of The Night bonus, and the fight was later pronounced for the Fight Of The Year.

Captain America returned to Light Heavyweight at the main event of UFC 105, where he defeated Brandon Vera on November 14, 2009, via unanimous decision.

In the collision of two UFC legends at the main event of UFC 109 on February 6, 2010, The Natural submitted Mark Coleman via rear-naked choke.

The two faced at UFC 118 on August 28, 2010, in a UFC Heavyweight fight. In one of the biggest mismatches ever, Couture won via arm-triangle choke in the first round. A former boxing champion, James Toney, had no ground skills at all. The Natural took him down as soon as the fight started and dominated him with an ease. Toney has never fought since. 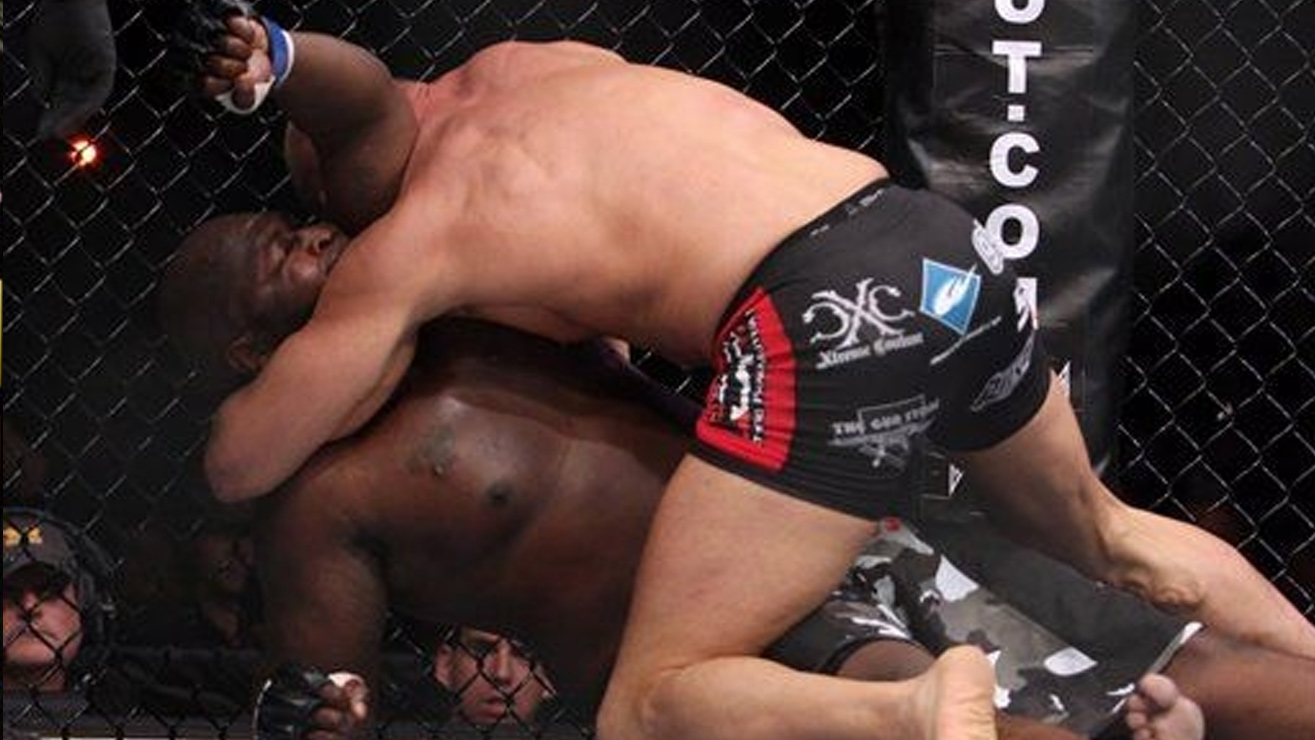 In the last match of his career, Randy Couture was knocked out by Lyoto Machida via spectacular crane kick on April 30, 2011, at UFC 129.

The Natural signed with Bellator on January 29, 2013, and he was a coach in the first season of their reality show, Fight Master: Bellator MMA in June 2013. Randy also did commentary for Bellator 96.

Captain America started his acting career in 2005 when he acted the role of Mason in the movie No Rules. He also acted in many legendary movies – The King of Queens, The Scorpion King 2: Rise of a Warrior, Geezers!, Ambushed, Stretched…

Randy’s biggest movie success is the appearance in all three parts of The Expendables alongside superstars like Sylvester Stallone, Dolph Lundgren, Jet Li… He acts Toll Road, a team demolition expert who is aware of his cauliflower ears and gets angry when his teammates give comments about it.

The Natural was married three times. His ex-wives are called Sharon, Tricia, and Kim Couture. Kim Couture is an MMA fighter whom Randy continued to coach and support her MMA career despite they divorced in 2009.

Randy has three children – daughter Aimee and son Ryan from his marriage with Sharon, and Caden, whose mum is Tricia. Ryan Couture is an MMA fighter who currently competes in Bellator MMA. Couture’s current girlfriend is Mindy Robinson, a model, and actress.