This Sunday night on the WWE Network (or, you know, on PPV if you are for some reason against spending $9.99 a month and want to spend more money) the WWE presents Summerslam. Summerslam has been a part of WWE’s “Big Four” PPVs for over twenty years now and this year will prove to be no different. So if you are thinking about tuning in this weekend and are a hardcore wrestling fan or just looking to check it out we are hoping that you’ll get something out of this.

This is the big one that the WWE has been building up to for the past month or so. It’s up for debate on how good of a job that they’ve done building this one up, but whatever, what’s important is that Brock Lesnar vs. John Cena should be a good match. Both guys are two of the biggest stars that WWE has seen in a very long time and Brock Lesnar matches tend to be brutal beyond the usual WWE fare.

The talk on the sheets is that this one is set to get a solid 25 minutes of air time on Sunday night and that the current plans tend to look for Brock Lesnar to walk away as the WWE World Heavyweight Champion. That means that if you hate John Cena you can expect him to take a tremendous beating. Hell, there is even talk of a new belt being debuted on Raw Monday night, so this might be one that you can’t miss. 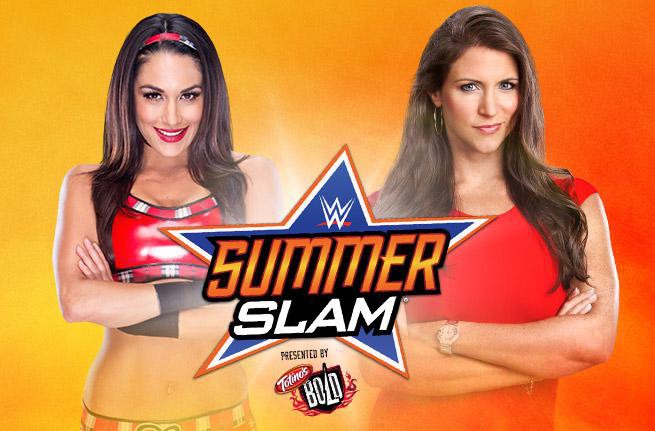 This match is kind of weird, in a lot of ways. Brie Bella is technically kind of a wrestler, competing in WWE’s Divas division, but mainly being eye candy along with her sister Nikki. The WWE brought her real life marriage to Daniel Bryan (Bryan Danielson) into the ring after Bryan won the WWE World Heavyweight Championship at Wrestlemania, but, of course, Daniel Bryan is out due to injury right now with no concrete return date set just yet.

This is the WWE’s way of keeping Daniel Bryan involved in current storylines, in keeping fans engaged and interested in Daniel Bryan. Stephanie is mocking the “Yes” chant every chance possible and fans are still doing the “Yes” chant at just about every show, so chances are that it’s working. Stephanie and Brie are apparently taking this very seriously and are dead set on not only having a good match, but having a great one. This might actually be worth watching. 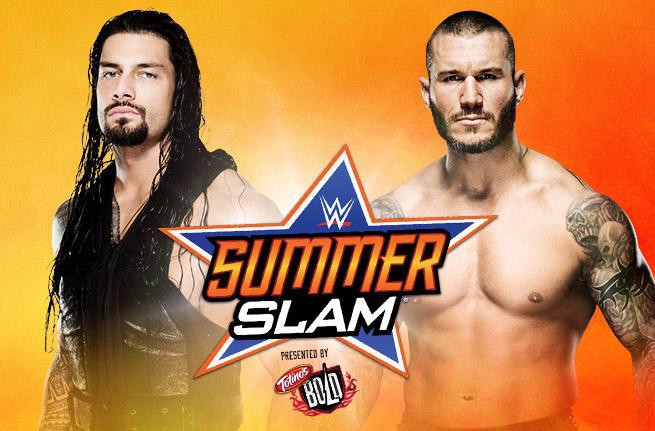 Roman Reigns is the next big star that the WWE is going to push in place of John Cena over the coming years. That isn’t really conjecture or speculation as much as it is WWE’s current plans. So this match against Randy Orton has been in the works for a very, very long time now. How long? Well, the Shield was still together when Randy Orton and Roman Reigns started working against each other on the house show circuit.

Is Roman Reigns ready for his first big singles match away from the exciting partners that were Dean Ambrose and Seth Rollins? Let’s sure hope so. Roman has put together a few exciting signature spots for himself in the apron dropkick, the Superman Punch and the Spear, now he just has to put it all together. Chances are that Orton and Reigns have had enough time to be able to get comfortable with each other and that they put on a match that is able to help prove that Reigns deserves to be a top star. 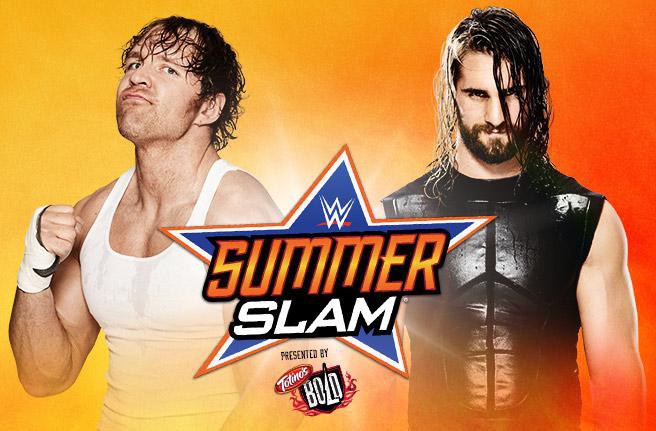 What an awful, awful stipulation match to put for two of the most over guys in the company, right? Their rivalry began when Seth Rollins turned his back on the Shield, only for Dean Ambrose to take things a bit roughly. Rollins went on to win the Money in the Bank briefcase and since then Ambrose has been haunting him.

This match was supposed to happen at the last PPV, only for WWE to pull the rug out from it to build up to this one. Would a better stipulation have helped? Sure. Do we still expect this to be the match of the show? Absolutely. 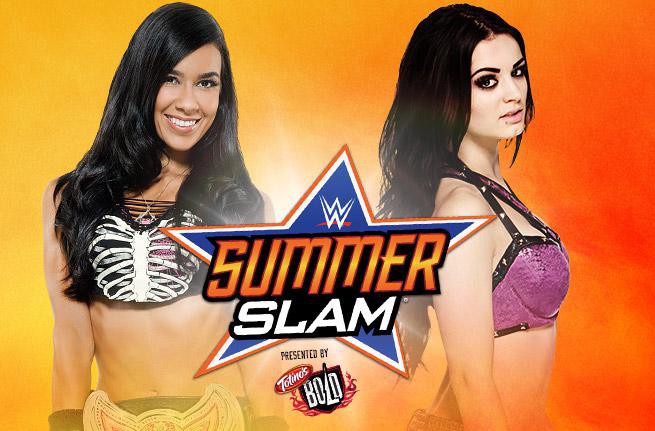 See, their last match sucked. It sucked, I’m sorry. I can’t get around the fact that it wasn’t good. It was frustrating. Why? Because both Paige and AJ Lee are two of the best female performers under WWE contract at the moment. When given the proper amount of time without meddling they should be able to put together a great match.

Let’s hope that Sunday night is THAT match, because the last one was just crummy. 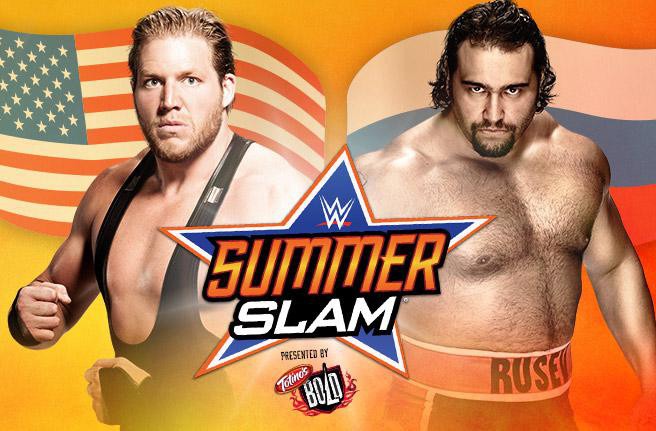 Dear god, why? So a Flag Match is one of the worst possible gimmicks known to man. There is a flag in each respective corner and it is their job to rescue their flag and raise it up high. That is how you win the match. It’s like a ladder match but without a ladder. Has there ever been a good Flag Match?

Rusev has a lot of potential but Jack Swagger has been dead weight for a very long time now. In fact, he’s been a liability in how he’s injured a few performers to date, or how he blew his World title run a while back by getting in trouble with the law. 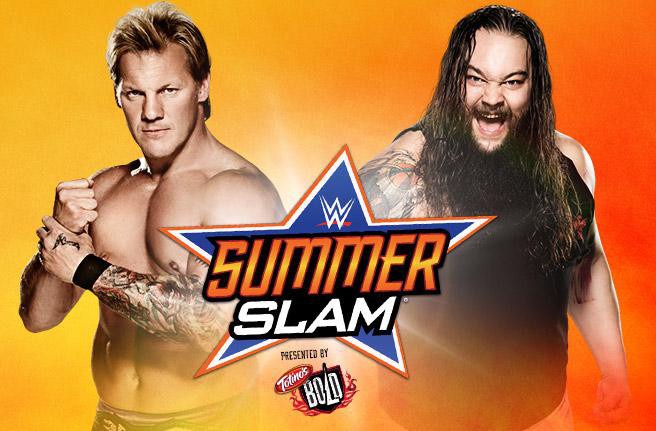 Last time they were scheduled to meet I was excited. Bray Wyatt is one of the best, if not the best performer that WWE has called up from NXT yet and he’s been thrust into major feuds that have yet to yield him the kind of notoriety that he deserves. So Chris Jericho, a part timer who came back just for fun, should be able to help him out, right?

The last match was just a bit flat, with a surprise finish that saw Jericho walk away victorious in a move that made zero sense. Wyatt needs a big PPV win and it’s long overdue at this point. Look for him to go over, but this is WWE, so expect the horrible booking decisions to happen from time to time. These guys can do better, though. We know that. 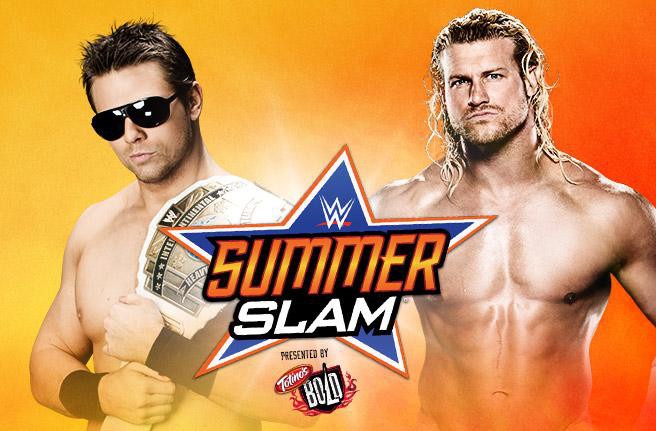 The WWE is dead set on their midcard belts meaning more now, so they’ve placed the IC belt on The Miz and given him a new “Hollywood” gimmick to go with him filming a direct-to-DVD movie. Okay. They crowned a new champion at the last PPV where Ziggler thought he had won a battle royale only for the Miz to come out of nowhere and eliminate him.

This has the potential to be a pretty fun match, although not a barn-burner or anything. It seems like a lost cause to expect Dolph Ziggler to receive any sort of real push at this point, but we still hold out that hope.