The first word that comes to the mind of Gordon Ryan when he hears Dillon Danis‘ name is “clown.”

That’s exactly how the five-time ADCC Submission Fighting World champion described Danis during a recent appearance on ‘The MMA Hour‘ with Ariel Helwani and it certainly seems like he’s not alone in that assessment. Danis is a successful BJJ practitioner and an undefeated mixed martial artist under the Bellator banner, but in recent years Danis has become somewhat of a joke in the combat sports community for his constant callouts of fighters on social media despite the fact that he hasn’t competed in more than three years.

“The thing about Dillon is… First of all, Dillon is a master,” Ryan told Helwani. “Dillon is an absolute master at managing to stay relevant without actually doing anything combat related. I don’t know how he does it, but he does it, and props to him. First of all, his family must have money because he doesn’t do anything to actually generate revenue. He doesn’t have sponsors if you look at his Instagram. He doesn’t teach. He doesn’t compete. I don’t know how he’s not homeless. He must have an inheritance or something.

“He manages to stay relevant and he was pretty well respected as a brown belt. He won a lot of things at brown belt. He was a big prospect at black belt and then he had the falling out with Marcelo [Garcia] and then once he kind of got in with [Conor] McGregor, that’s when he started to fall apart. His popularity skyrocketed, but his career kind of fell apart from there.”

Gordon Ryan: Dillon Danis has a record in jiu-jitsu, since black belt, of 18 wins and 16 losses. #TheMMAHour pic.twitter.com/0gf5swI5aq

Gordon Ryan and Dillon Danis have crossed paths on the mat previously, competing against one another at the 2017 ADCC. In his first match of the tournament, Ryan earned a decision victory over Danis. Since then, ‘The King’ has been eager to run it back but says that his request has been ignored thus far.

“I actually had a super close match with him in 2017 at ADCC where it was my debut. It was his second ADCC and he played a very tactical game and took me to a decision and I ended up winning the decision. I’ve been trying to have a rematch with him ever since, but he won’t do it of course.

Ryan also discussed Dillon Danis’ record as a black belt. Though nobody can deny Danis found a fair amount of success as a brown belt, even winning first place at the IBJJF World Championships in 2014, but as a black belt, his record is less than impressive according to Ryan.

“What a lot of people don’t know about this, everyone thinks like he’s this bada**. Well, now I think they’re starting to realize, but if you actually look at the statistics, and I’ve been dying to actually say this on a big podcast, Dillon Danis has a record in jiu-jitsu since black belt of 18 wins and 16 losses. He’s not nearly as good at jiu-jitsu as people think. Like everyone references the match with me. Yeah, that was about five years ago. I wasn’t good either, but Dillon since black belt is 18-16. It’s not a great record since black belt.”

Dillon Danis will be back in action on January 14th, but it won’t be on the mat or in the cage. Danis will make his debut inside the squared circle as he takes on British YouTuber and professional boxer KSI at MF & DAZN: X Series 004 in a crossover boxing bout. 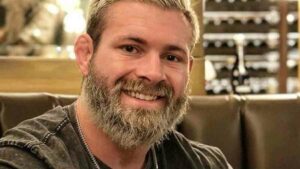 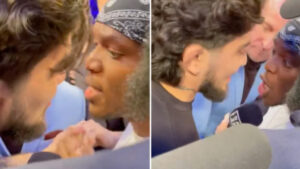 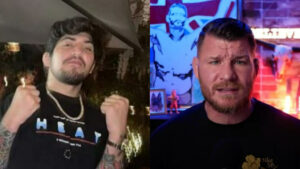 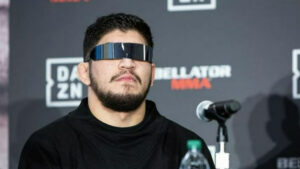 Dillon Danis Pulls Out Of Boxing Match With KSI, Accused Of Being ‘Underprepared’ 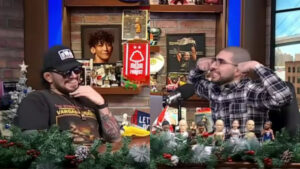