The fight went the distance and both fighters gave everything they had for the millions of people watching around the world. 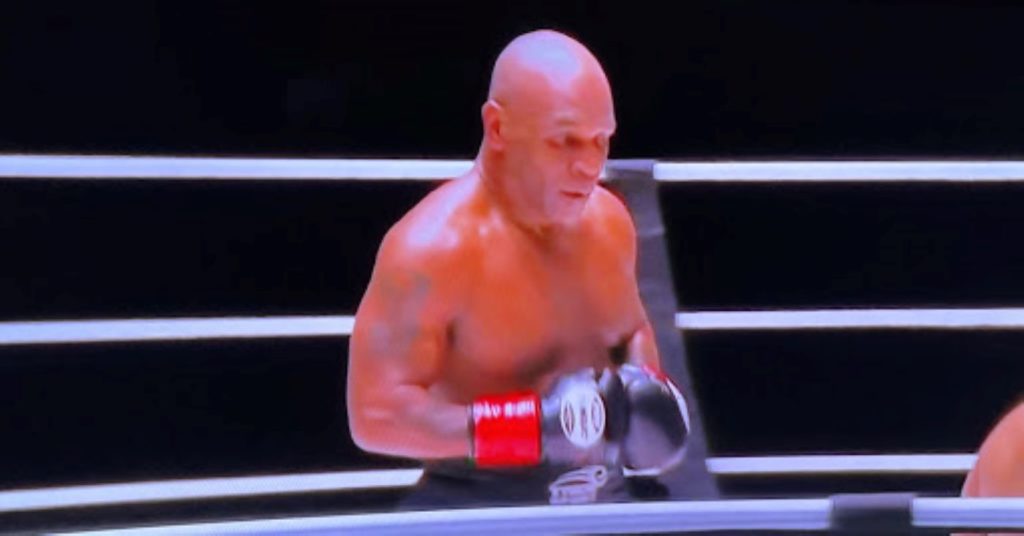 The wait is over and the Staples Center is ready. The main event of the evening is upon us. “Iron” Mike Tyson Makes his return to the ring against the legendary Roy Jones Jr. Both are former world champions, both inspired generations of fighters and fans all around the world. Now they come out of retirement to face each other for glory and for our pleasure!

Both fighters come out in the orthodox position and Tyson pushes forward immediately. Tyson lands to the body and a right hand to the head. Jone Jr looks to move around the ring and land his jab. Jones Jr lands another beautiful jab. As Tyson tries to get inside, both fighters clinch. End of the round.

Both fighters clinch immediately. Nice left hook lands for Tyson, he looks to keep pressuring Jones Jr. Nice feint from Tyson draws Jones Jr onto a right hand. Jones Jr ducks under another right hand from Tyson and eats a few punches in the clinch. End of the round.

Tyson lands a leaping uppercut that rattles Jones Jr, he ties him up immediately. Another uppercut lands for Tyson. Right hand to the body lands for Tyson. Both fighters land in the clinch before breaking apart. End of the round.

Tyson looks to push the pace right from the beginning. He lands a right hand and eats a jab from Jone Jr. Two heavy right hand to the body land for Tyson. They clinch again and exchange punches at a short distance. End of the round.

Jones Jr takes the center of the ring and attempts to push Tyson back but gets caught with a left hand. Left hook lands for Jones Jr who then eats a body shot and a right overhand from Tyson. Tyson counters Jones Jr with a big right hand. Jones Jr attempts to keep Tyson away with the jab but he eats another big shot. End of the round.

Tyson looks like the fresher fighter at the beginning of this round. He lands a leaping right hand before getting tied up by Jones Jr. Tyson lands a right hand and a jab. Jones Jr lands a jab of his own but Tyson eats it without moving back. End of the round.

Tyson lands to the body right from the start of the round. Both fighters end up in a clinch once again before the referee breaks them apart. Jons Jr lands a jab but eats a left hand in return. Jones Jr forces a clinch to avoid the danger from Tyson’s punches. End of the round.

Tyson is once again on the front foot and pushing Jones Jr back. He lands a right hand to the body. Jones Jr comes back with a left hand and a double jab. He then forces a clinch to avoid Tyson’s punches. The referee breaks them apart. They both attempt a few punches from a safe distance before the final bell rings.

The unofficial result given by the former WBC world champions is a draw.

The WBC scores it a draw for Mike Tyson and Roy Jones Jr. #TysonJones pic.twitter.com/1HHP7usgnB