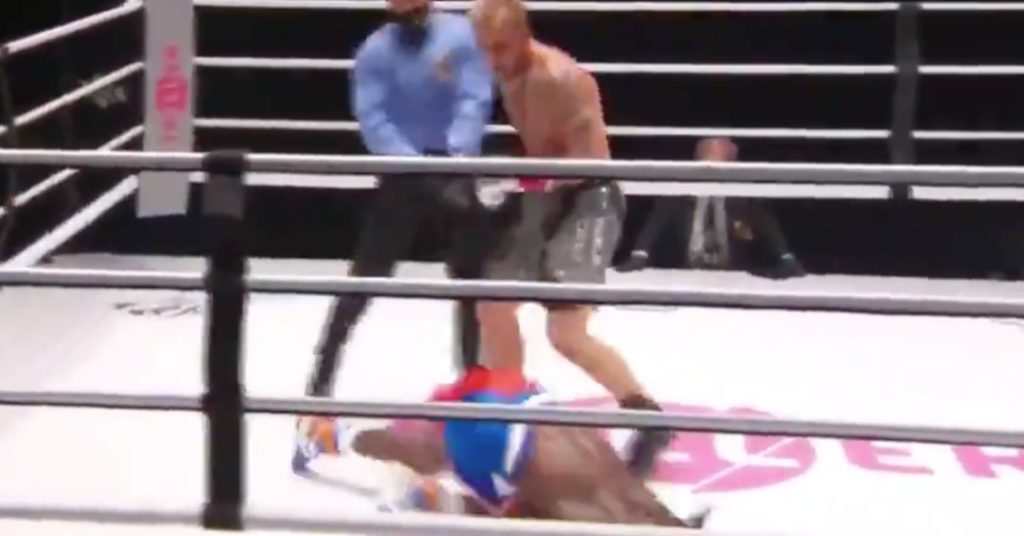 Jake Paul will look to make it 2-0 in boxing when he takes on former NBA guard Nate Robinson in the co-main event of the Mike Tyson vs. Roy Jones Jr. pay-per-view event.

Paul starts with a number of feints before Robinson advances forward with reckless abandon. They clinch up and are separated soon after. Paul goes lands a body shot but they clinch up a couple of times. It seems to the be the theme of this opening round so far as both fighters are only able to land a couple of strikes before clinching. However, Paul drops Robinson with a right hook as he rushes forward! Robinson complains that he was hit in the back of the head as he is able to continue and tackles Paul for the rest of the round.

Robinson is aggressive to open the second round as well. Paul lands a body shot. Paul feints a number of times before dropping Robinson again with a right hook! Robinson gets up but gets dropped again soon after and this time, he’s out cold after falling flat on his face!

Paul gets the emphatic knockout win!

"Slow down nephew! He got on basketball shoes!"