Jake Paul Announces He Will Be Fighting Hasim Rahman Jr. On August 6

Jake Paul has a new opponent

Jake Paul has another opponent for August 6.

After last week’s bombshell that Tommy Fury was denied entry into the United States due to the Fury family’s relationship with Irish crime boss Daniel Kinahan. ‘The Problem Child’ Paul has moved on and decided to face another boxer.

On Thursday, Paul announced he will now fight Hasim Rahman Jr. on August 6 at Madison Square Garden. Sports Illustrated was the first to report the matchup.

“Bigger. Stronger.  More experienced.  KO power. But it doesn’t matter. They don’t have my heart, don’t have my drive & definitely don’t have my team. August 6 I’m showing the world that Jake Paul is a bad mother fu*ker,” Paul wrote on Twitter.

August 6 I’m showing the world that Jake Paul is a bad mother fucker.

Paul’s new opponent, Rahman, is 12-1 with six knockouts. This past April, he suffered his first professional loss against James McKenzie Morrison when he lost via TKO. The fight was for the vacant World Boxing Council United States Heavyweight title.

If you’ve heard the last name Rahman before, that is because his father, Hasim Rahman, is a former WBC and IBF heavyweight champion, and he knocked out Lennox Lewis, being one of two boxers to beat the legendary champion.

Rahman and Paul have some history with each other that has turned into bad blood. Rahman got heated by Paul’s antics after they got some work together. Paul released the video on Instagram while also writing that he has wanted to fight him ever since the incident two years ago.

“i’ve wanted this fight ever since Hasim ran his big mouth to me 2 years ago in the gym (swipe right) My brother and manager didn’t want me to take this fight. They said it was too much risk,” Paul wrote. “The New York state athletic commission didn’t want to approve this fight because they said Hasim had too much experience for me. He has over 100 amateur fights. 10x more than Tommy… but i’m built different. I’m psychotic. CHAOTIC. PROBLEMATIC. But “he’s a heavyweight” they said. It don’t matter to me, i’m the fighting flea, they can’t hit me… I’m slippery like butter and with speed like no other. My power is unique and my style is sleek. i’ve made the toughest men weak. I’m not afraid of any man or what “can” happen. No boxer has taken this big of a risk this early in their career. They don’t have my heart, they don’t have my soul, they don’t have my drive, and they definitely don’t have my team. Welcome to history. Take a picture.”

Paul is coming off a knockout win over former UFC welterweight champion Tyron Woodley. After the fight, he stated that he wanted to take some time off because he fought three times in 2021.

The YouTuber turned boxer is 5-0 with four knockouts. 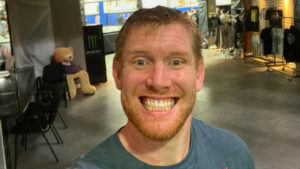 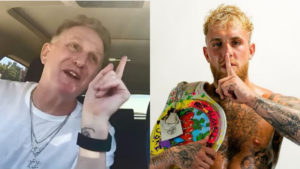