One of the highly anticipated heavyweight boxing match in recent memory between Deontay Wilder and Tyson Fury ended in a split-decision draw which went down last night (Sat., Dec. 1, 2018) live on Showtime pay-per-view (PPV) from inside Staples Center in Los Angeles, California.

Both fighters enter into this contest with an undefeated record. Reigning WBC heavyweight champion Deontay Wilder (40-0-1, 39 KO) survived in a war with Englishman Tyson Fury (27-0-1, 19 KO) in a historic main event clash.

Fury appeared to be getting best of Wilder in the first eight rounds. The crowd went crazy when Wilder knocked down Tyson Fury in the ninth stanza. Tyson fought back in the ten and eleven frames and appeared to be fine ahead on the judge’s scorecards heading into last round.

However, in the last frame, Wilder once again caught Fury with a two-punch combination that sent “Gypsy King” to the floor that appeared to be the end of the fight. Fury seemed to be dead. But hold on, Fury shaking it off and miraculously rose from the dead back to his feet. Wilder started pouring on again, but Fury stayed alive and closed out the round. 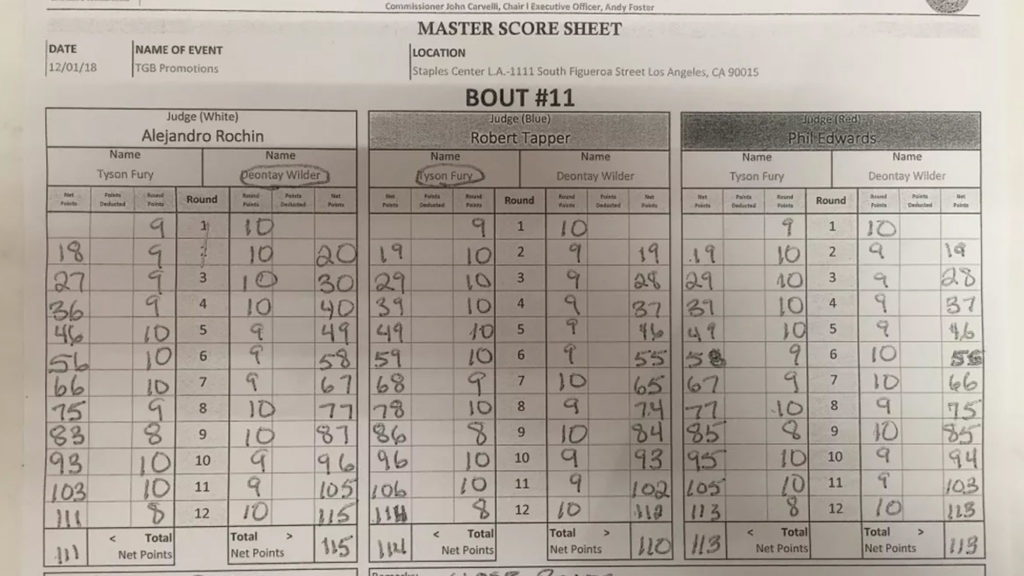 Check out the Wilder’s reaction below:

A hellacious battle and a legendary comeback journey for @Tyson_Fury. #WilderFury pic.twitter.com/VxsSHuAvzr