Cris Cyborg defended her Bellator Featherweight title by defeating Arlene Blencows via rear naked choke in the 2nd round. 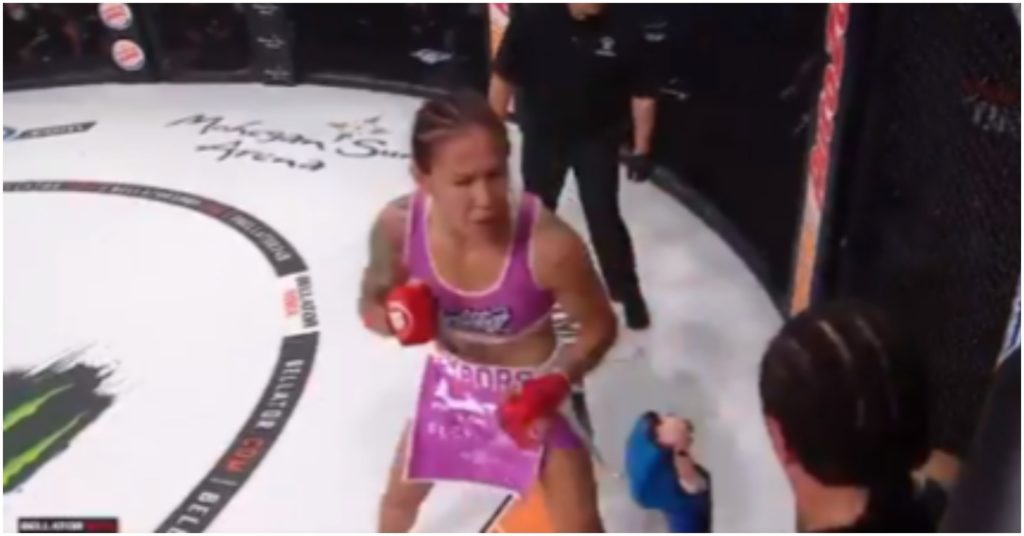 Arlene immediately pushes the pace and tries to walk down Cris. Cyborg comes out with a combination of heavy attacks as Blencows tries to command the center of the cage. Cyborg works her way into a clinch against the cage and uses her strength to mow down Blencows. Cris gets the fight to the ground and controls the top position, throwing down powerful elbows.

Cris opens the round with a full range of attacks. Cyborg unleashes multiple flurries of heavy shots. Right after, she shoots for a takedown and gets Blencows on the ground. The flurry work opens up Blencows as Cris unleashes a vicious ground and pound.

Cyborg flattens Arlene Blencows out and secures a submission victory to defend her featherweight title.

Check the Highlights Below:

.@CrisCyborg sweeps the leg and gets the takedown midway through round 1️⃣.

The featherweight title has been defended and @criscyborg gets her first win by submission. pic.twitter.com/qaA6PsJEe2

Cynthia Calvillo Tests Positive for COVID-19, Out of UFC 254 Against Lauren Murphy
Read Next Post →
Click here to cancel reply.