The current UFC arguably has the most talented roster that the promotion has ever seen. From active legends on their way out of the game such as Anderson Silva, all the way up to exciting new stars like Israel Adesanya and Henry Cejudo.

Part of what makes the UFC so special is the fact that for the most part, the divisions are stacked with talent. Rising prospects have challenged the old guard to make a name for themselves.

The divisions in the UFC are so stacked, that sometimes fighters that aren’t even ranked explode onto the scene to create their buzz by creating highlight reels. Other divisions are stacked at the top but lack the depth necessary for its titleholder to have formidable challenges.

Here, we’ll rank each division in the UFC in order at this current timeframe. 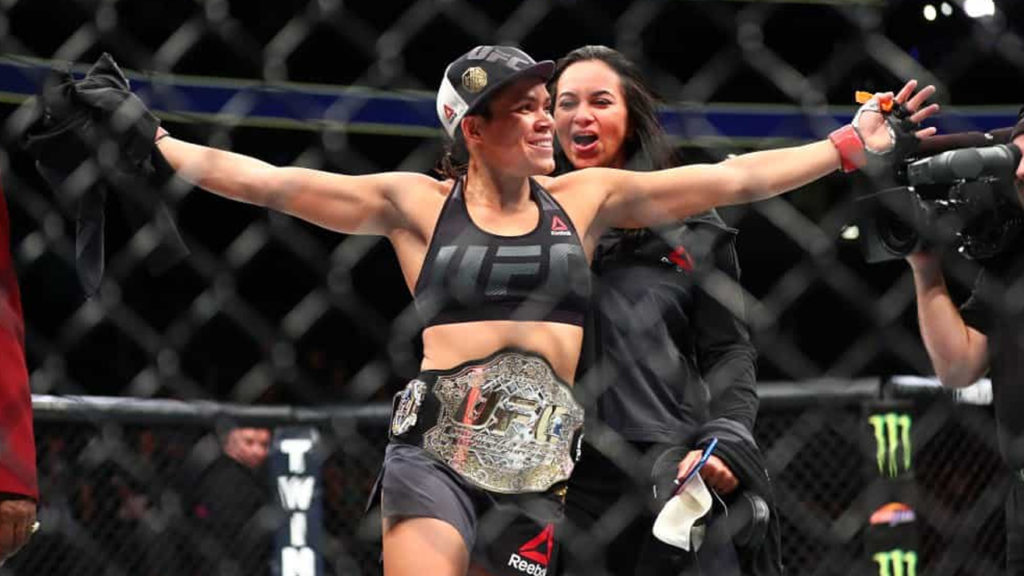 The major problem with the UFC Women’s featherweight division is that for the most part, it’s one fighter. Go look at the UFC Rankings page on their site and you’ll see what we mean.

Although Nunes is considered the greatest female mixed martial artist ever, her status alone isn’t enough to get the division out of the last spot on our rankings. The division is so new, that it hasn’t even had the chance to grow into what it could be if the UFC even decides to keep it. For now, the division seems to be at a standstill. 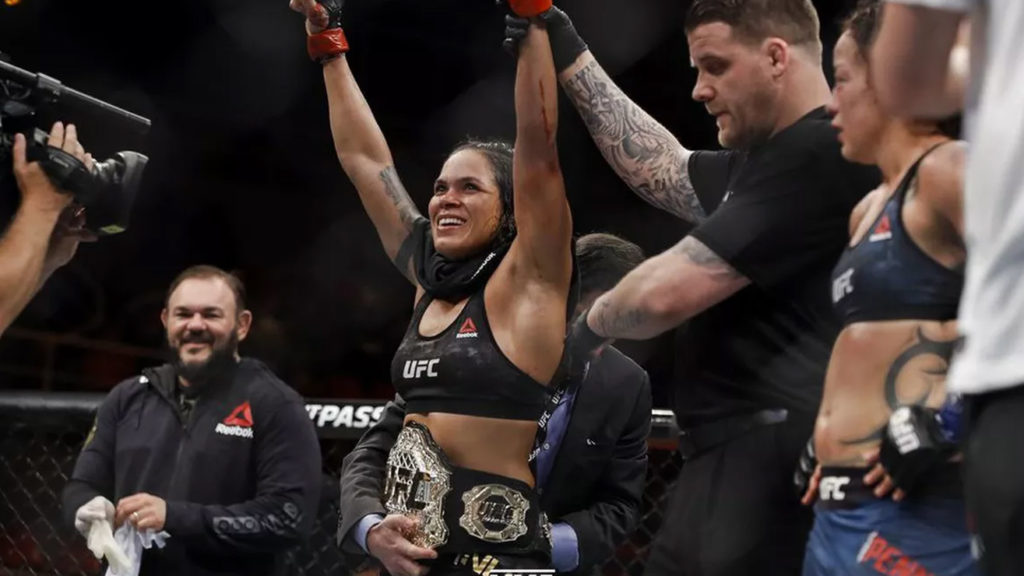 Unfortunately, the dominance of Nunes is once again not enough to raise the status of an entire division. Since the departure of Ronda Rousey, only three women have held the prestigious title including Nunes.

It’s important to recognize Amanda Nune’s status as the greatest ever and currently on the pound for pound list, however, most fans would agree that any contender ranked 1 through 10 has a very slim chance to defeat her.

The lack of competition brings down the excitement for the division. Hopefully, a young contender can go on a run and build a resume large enough to challenge Nunes. 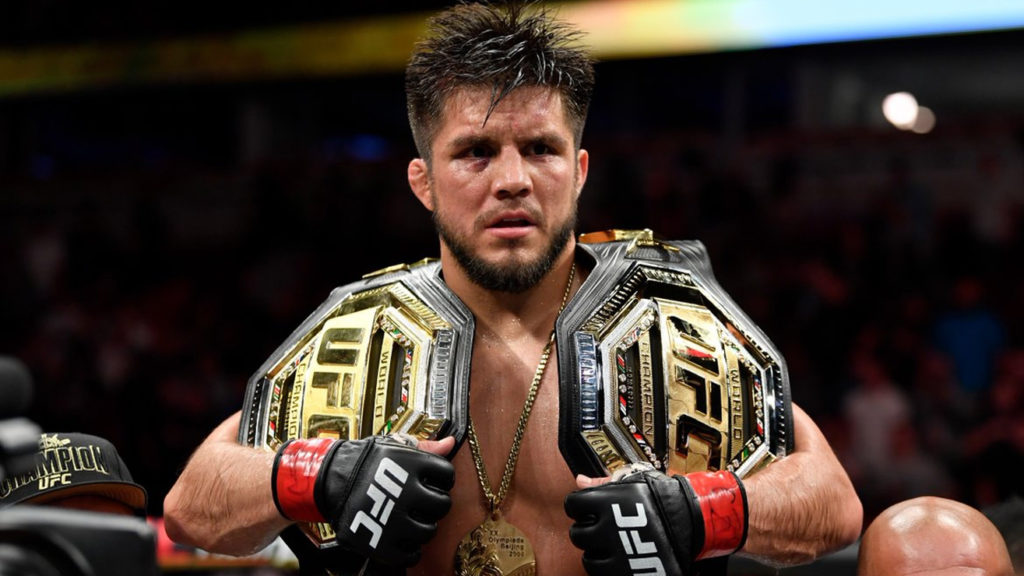 Flyweight is filled with some of the most technically gifted fighters worldwide. But, in the UFC, since the departure of Demetrious Johnson, the division is scarcely promoted. So much, to the point that the UFC thought about scrapping the division as a whole.

That was until Triple C was born. Cejudo fights tooth and nail to make sure that the division he won his first title in stays alive. After all, he wouldn’t be Triple C without the flyweight title.

Most of the division was cleaned out by Johnson, making it feel like the rest of the fighters in the division are not at an elite enough level to compete for the title. Names like Jussier Formiga and Tim Elliot remain at the top half of the divisional rankings.

While the division has a fair share of prospects like Kai Kara-France and Deiveson Figueiredo, they just don’t have the household name value to give the casual audience a reason to tune into their fights. 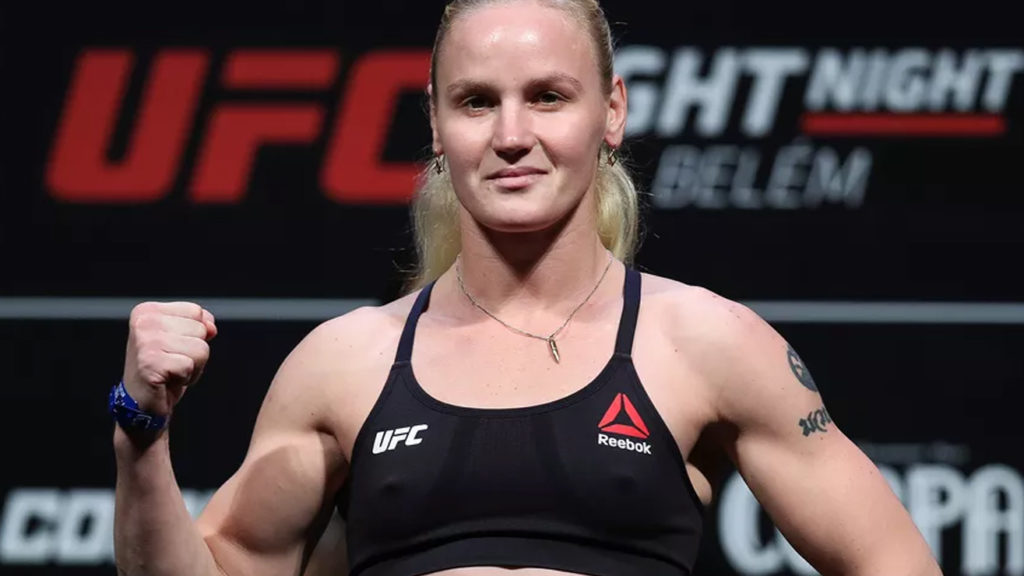 The women’s flyweight division also falls victim to having a dominant champion. Before Valentina officially won the title at UFC 231, fans already predicted her victory and long reign as the titleholder.

The division is simply too young. Fans predict Valentina to practically steamroll over most of the girls in the division and she’s only had the title officially for 280 days up to this very moment.

Primarily made of competitors from both strawweight and bantamweight, the division has a lot of names that are fan favorites. But, until the division can rack up more marquee matchups, it’s going to be tough to build the stars of the future.

The UFC’s Light Heavyweight has simply been dominated by Jon Jones. The total combined reign of days with Jones as the titleholder is 1,501 days and counting. For those that are bad at math, that is over four years. Jon won the total back in March of 2011 at UFC 128 and honestly hasn’t looked back since.

The division is one of the most legendary in the sport with names like Rampage Jackson, Chuck Lidell, and Tito Ortiz all carrying the torch. Even Daniel Cormier took the torch and ran with it while Jones faced out of competition issues that kept him from the octagon.

When Jones returned, he regained the title, as he usually does. Cleaning out the division and eliminating contenders is what Jon does best, but it isn’t exactly the best for the division.

Recently, the division has seen an influx of young talent to enter the ranks.  The only issue is that the young prospects are still too early in their career to challenge Jon soon. The division is shaping up to be competitive in the future but for now, its still Jones Country. 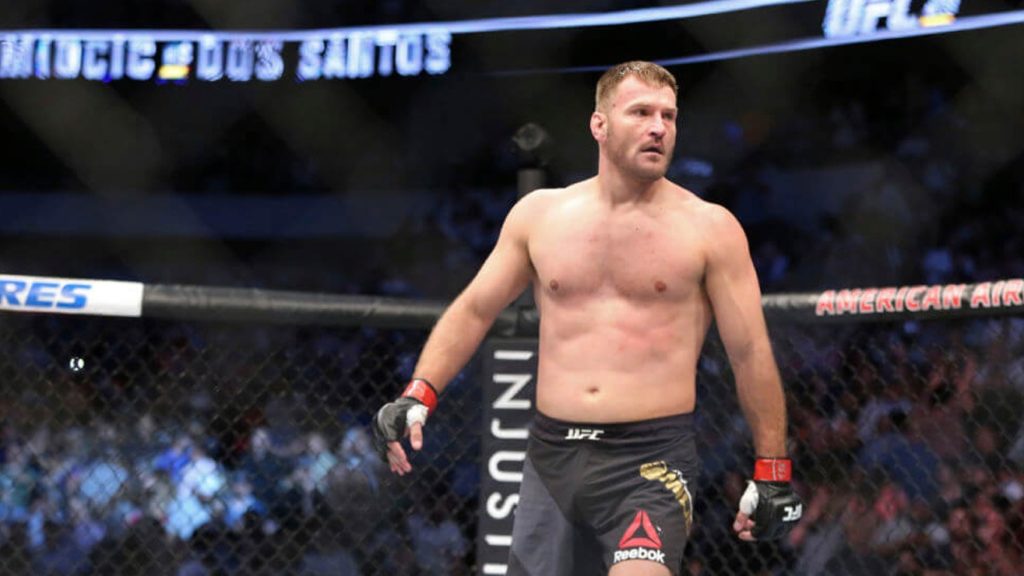 The heavyweight division is currently in an upswing. Right now, there is the perfect mix of legendary names in the division with the potential to face young and powerful up and comers.

The division used to be an afterthought. Filled with overweight 205ers that lacked the true athleticism that it takes to be labeled a martial artist. Now, fighters like Francis Ngannou, Walt Harris, and champion Stipe Miocic have changed that narrative. Pair that with the lure of Daniel Cormier’s impressive heavyweight career thus far, and you have a division that’s going places.

Big knockouts will always be something that the fans desire to see. It’s just a matter of having two 265lb men have the endurance to be able to create those moments. We’re seeing many of the overweight and lowly talented fighters make their way out of the door while young elite talent from other sports are entering and thriving.

Zhang Weili recently shocked the world when she defeated Jessica Andrade for the strawweight title. Now only did she shake the world, she shook up the entire division.

Because Zhang has the title, the strawweight division has a bunch of fresh new exciting title matchups. Also, the majority of contenders in the division are already stars of the sport or stars in the making.

No longer does the division see a dominate force in Joanna or Rose Namajunas. The ladies of the strawweight division have upped their game to be on par with the former champions.

Names like Tatiana Suarez, Joanna, Michelle Waterson and more have all not only won fights, but they also have won over fans. Having Jedrzejczyk in the rankings but not at the top, also puts other contenders in prime position to test themselves on their way to championship status.

If you have a division where a talent like Joanna Jedrzejczyk is ranked #5, the division is in good hands. 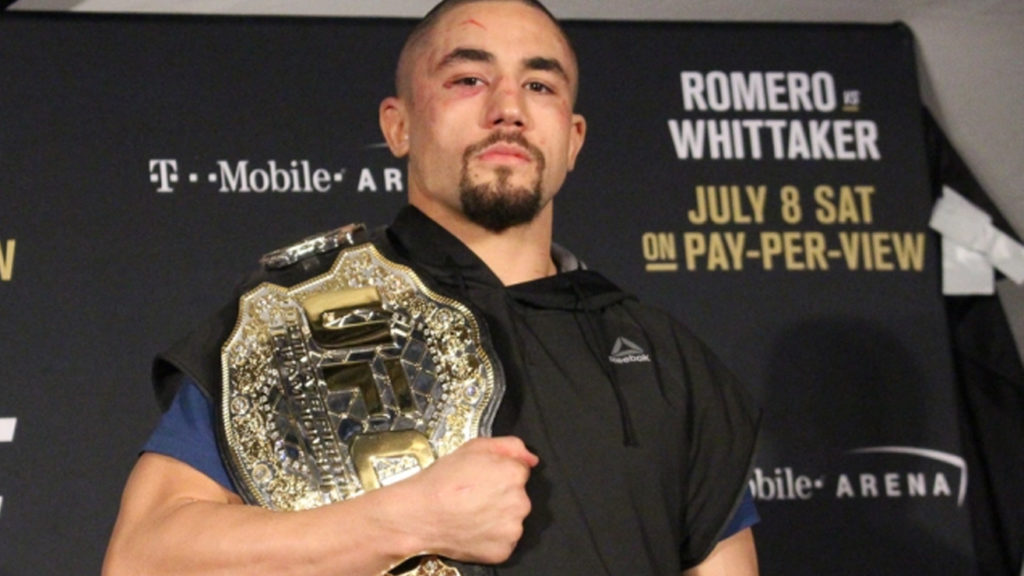 The legacy of the middleweight division also greatly benefits from having long-time contenders that are still alive and kicking.

Guys like Jacare and Chris Weidman find themselves in the mix with a new crop of fresh talent. The talent might be new to the UFC, but they have been making a name for themselves in different countries all over the world.

Adesanya is the last interim titleholder in the entire UFC so his matchup against Whittiker will end an era. As welterweights age, they usually find themselves moving up to the middleweight division. Expect to see more complete fighters carve their name into the history books in a division filled with so much rich history thanks to Anderson Silva. 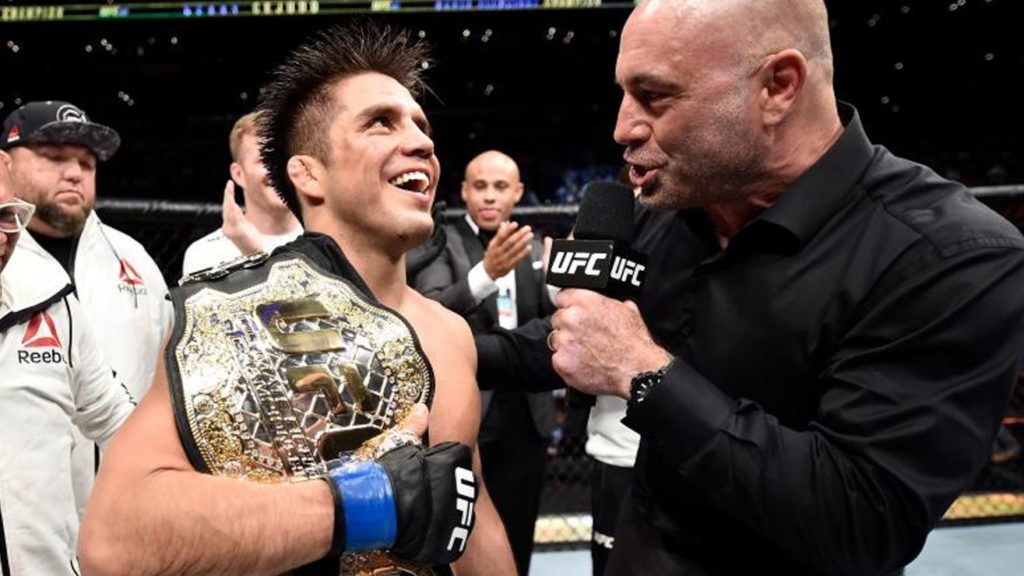 Bantamweight is stacked. No matter where you look, any match made in this division is going to be a good fight. Whether it’s the ranked fighters, incoming new fighters, or legends of the past, bantamweight always delivers.

Cejudo’s new persona has also added a new wrinkle in the division as far as having someone who is constantly in the media. The division also has legit contenders. Almost anyone in the top 5 could be champion at any given moment.

Even outside of the time five, names like Dominick Cruz are still top competitors. Having the ability to have a long-time champion still be a contender and nowhere close to a gatekeeper is a primary reason why bantamweight is great and could rise to be #1 in the future.

Max Holloway’s humbleness on his reign of the featherweight division brings a sense of the importance of featherweight. In a sense, Max receiving the title also instilled his morals and champion mindset to the division.

In featherweight, top contenders face each other. They don’t desire to fight outside of the division. And, all the competitors are extremely skilled.

Featherweight is so stacked, that it has five undefeated fighters.. and they aren’t even ranked.

Welterweight is widely regarded amongst fans as the most competitive division in MMA period. Since the average human is a welterweight, the division sees all types of different shapes and unique body frames.

Again, what makes a division great is the ability to have long time MMA standouts be able to face fresh blood. The welterweight division is full of that. Not to mention, welterweight is home to arguably the biggest active star in all of the UFC; Nate Diaz.

Diaz isn’t even ranked in the top 5 of the division and he’s still headlining Madison Square Garden. Any welterweight fight is a good fight. Whether it’s a challenger next in line for Usman, a forward-walking slugfest against Mike Perry, or a headlining bout for an imaginary ‘BMF’ title, Welterweight has it all. 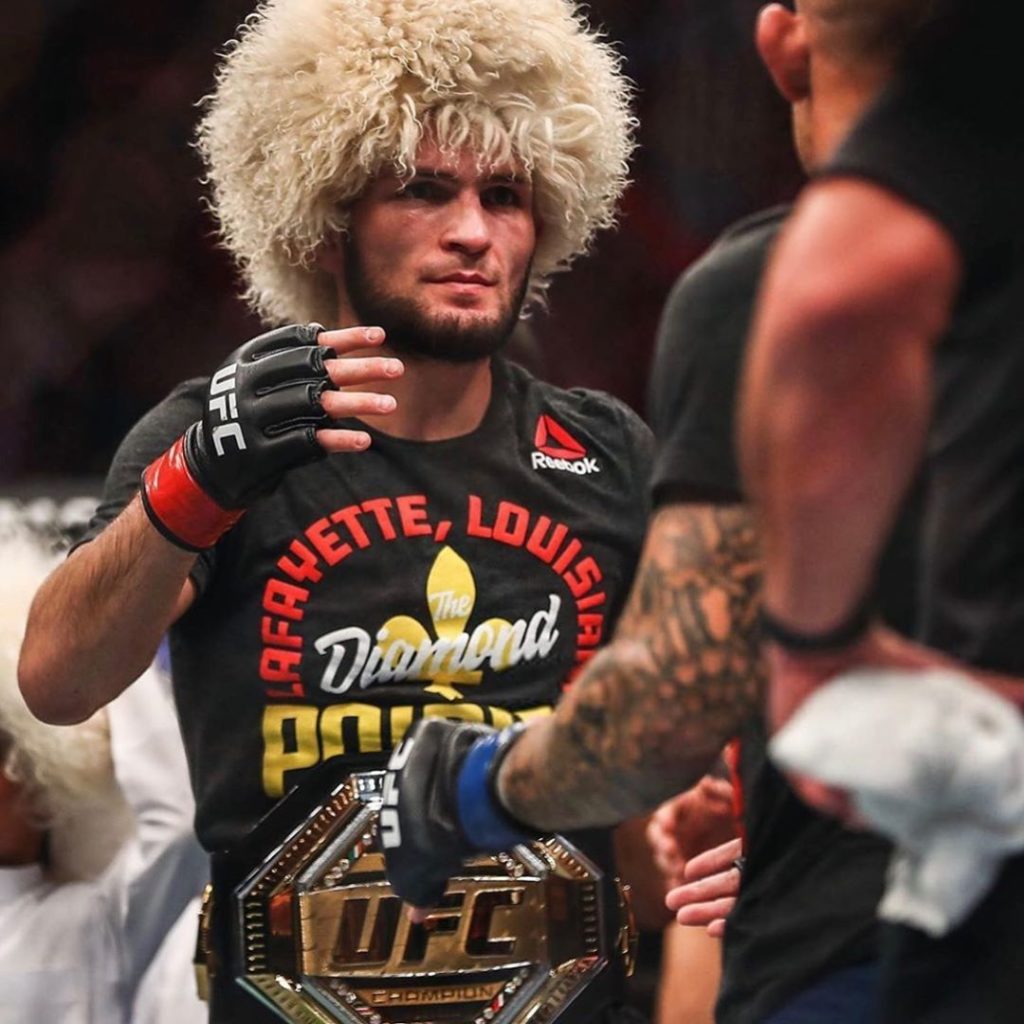 Lightweight is hands down the greatest division in all of the UFC. It has star power. The most athletic, disciplined, well-rounded fighters on the planet all reside in the lightweight division.

By the way… they can all sell a fight. Led by Khabib Nurmagomedov, names like Conor McGregor, Tony Ferguson, Dustin Poirier, and Justin Gaethje could all be considered for being the most exciting fighters in all of MMA when they’re competing.

No other division can say that. Fan have longed for a tournament-style system for the lightweight division. That’s because every ranked matchup is crucial for a fighter’s career. Taking a loss at lightweight could have you on the title contention back burner for years.

As others from the lower ranks quickly rise, the division is the most difficult to get a title shot. Just ask Tony Ferguson, who is riding a 12 fight win streak and compiled 9 fight bonus checks along the way.

The division constantly has a new fighter arrives on the scene where fans want them to have a title shot, always leaving someone getting left out. From box office megastars to full out chaotic wars, lightweight is hands down the UFC’s divisional gold mine.