Yair Rodriguez vs Zabit Magomedsharipov was scheduled to take place this August but is now being called off due to Yair suffered a high ankle sprain injury. 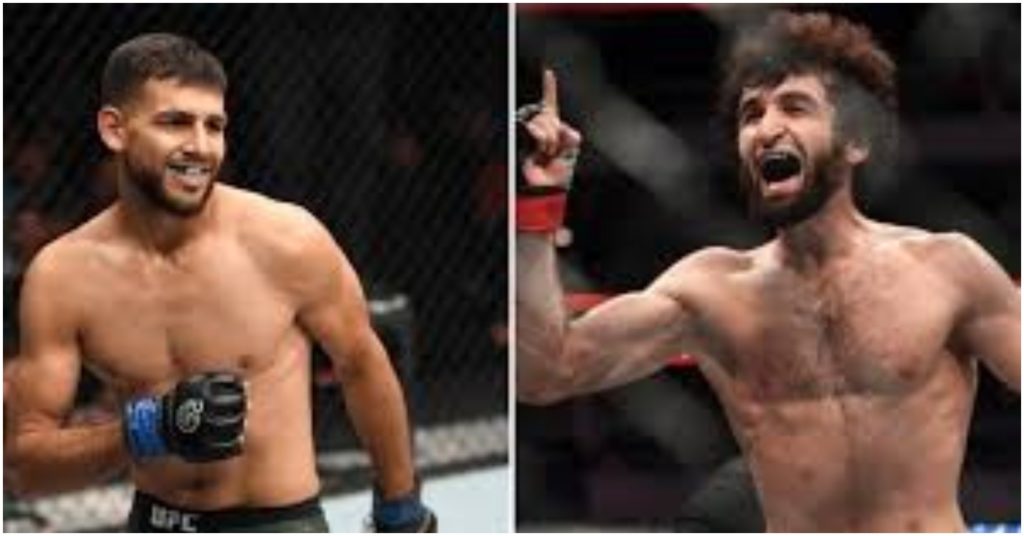 Yair Rodriguez and Zabit Magomedsharipov were supposed to fight on August 29th. Unfortunately, Yair is now out of the main event matchup due to an ankle injury.

History of Yair vs Zabit

Yair vs Zabit is on pace to be scheduled as many times as Khabib Nurmagomedov vs Tony Ferguson. Most recently, the pair were slated to face each other in August. The main event matchup also allegedly had title implications for the winner.

UFC President Dana White spoke about Yair. During the conversation, he revealed that Yair is out of the fight after his Tuesday Night Contender Series.

“Yeah, he had a high ankle sprain and a fracture, so he is out,” said Dana in regards to Yair.

Magomedsharipov is coming off a unanimous decision victory over Calvin Kattar back in November to take his promotional record to 6-0. Assuming his bout with Rodriguez is a Fight Night headliner, it will be the Dagestan native’s first five-round contest in the UFC.

Rodriguez, meanwhile, is coming off a unanimous decision win over Jeremy Stephens in October after their previous fight in September ended in a no contest. In total, “El Pantera” is 8-1-1 with the UFC since signing with them in 2014.

Many fans of the sport have been looking forward to the matchup. First, the pair were scheduled to face each other at UFC 228. In both cases, Yair was unable to compete due to an injury.

It’s rumored that Calvin Kattar will step in as a replacement for Yair. If that’s the case, he will get a chance to rematch Zabit. Kattar lost to Zabit in their previous encounter back at UFC on ESPN+ 21. If the business is scheduled as usual, then Zabit vs Kattar will also have title implications. Especially with both men carving their trail though the featherweight division as elite contenders.

Middle Easy will stay updated on the story.