If you’re a Bellator champion you should always keep your hands up, even when it’s a Wednesday morning and you’re talking on the phone with your mom. Patrcio Pitbull and Patricky Pitbull don’t care if you’re talking to your moms because they will sucker punch you just for the hell of it. Brooks defends his Bellator lightweight title this Friday against someone who is not a Pitbull brother.

Was this a sponsored Bellator fight week activity? Is the hotel lobby no longer safe if you are Bellator champion who wants to talk to his mother? Are the Pitbull brothers really this crazy?

After Brooks got jumped by the Pitbull bross he snapped a picture of his bloody shirt and tweeted about it. Brooks tweets a lot. Maybe he was calling his mom about a tweet he was just about to send. The Pitbull brothers allegedly don’t like or favorite any of Brooks’ tweets. In Brazil talking on your phone to your mom could get you punched per Pitbull law number 48. 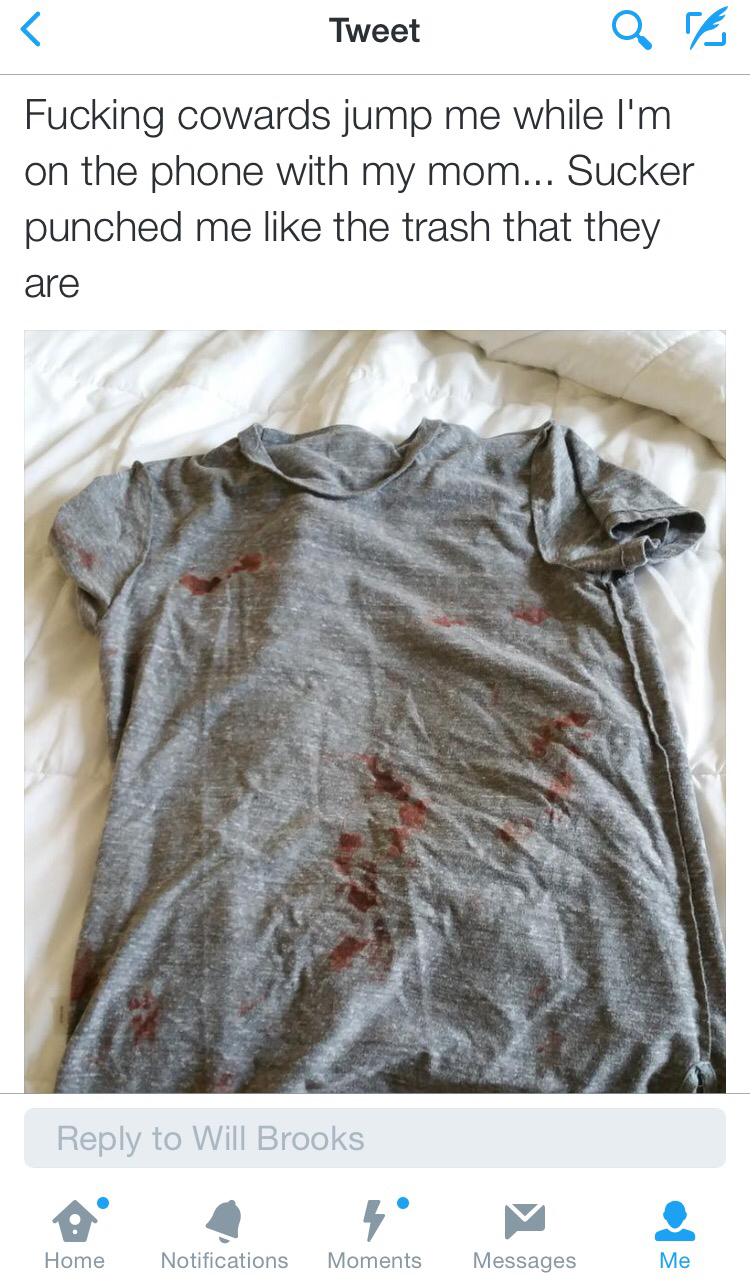 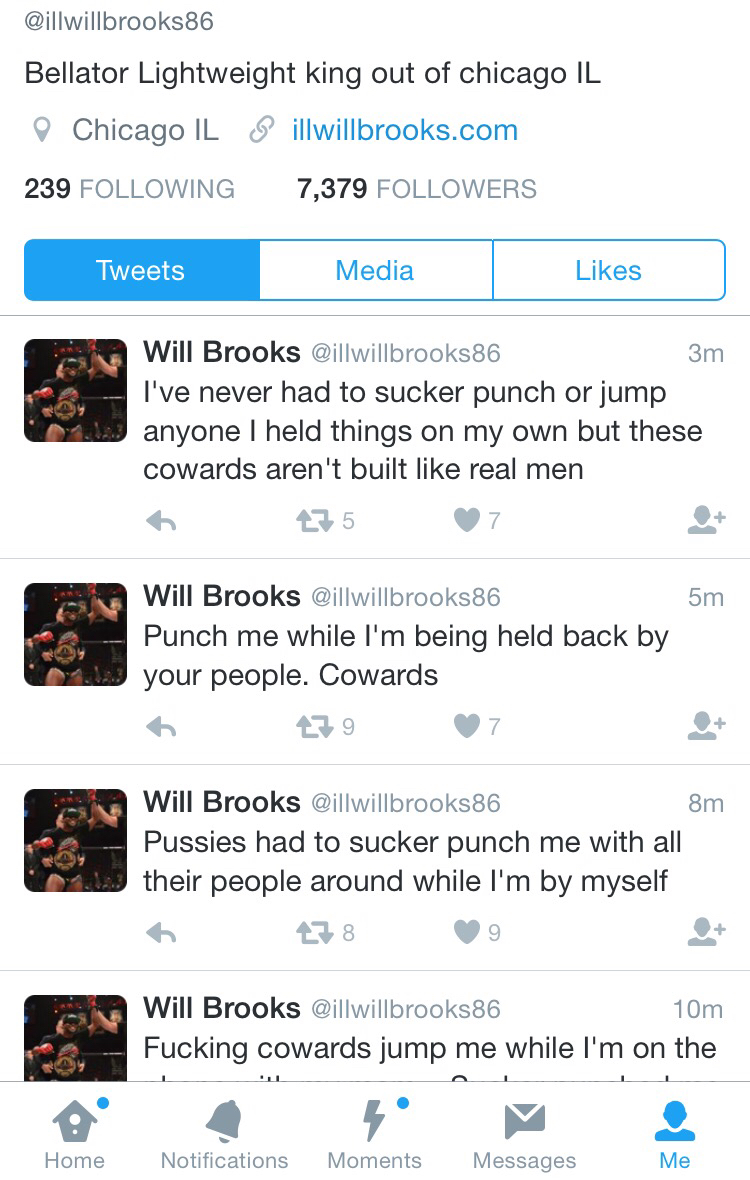 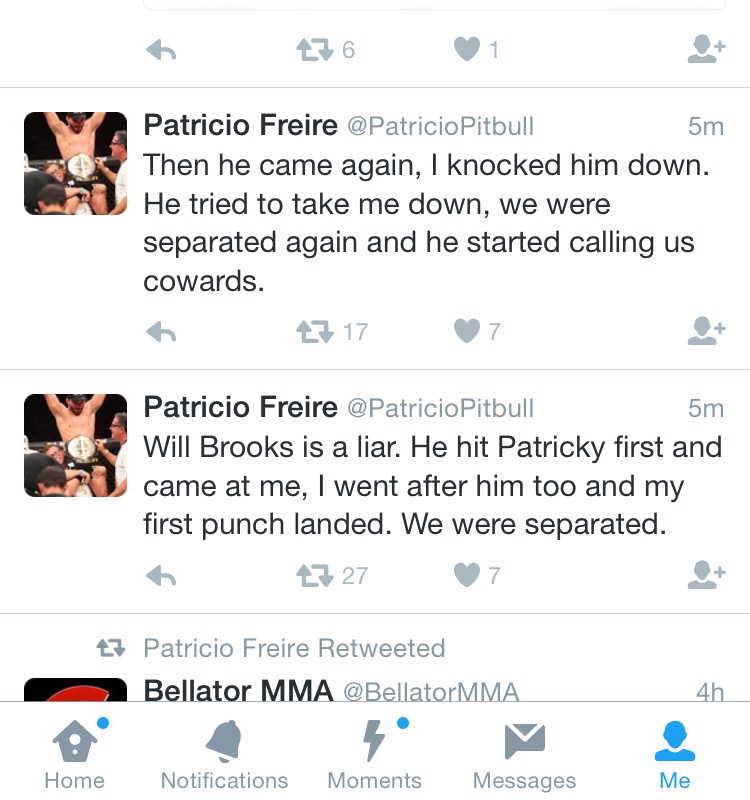 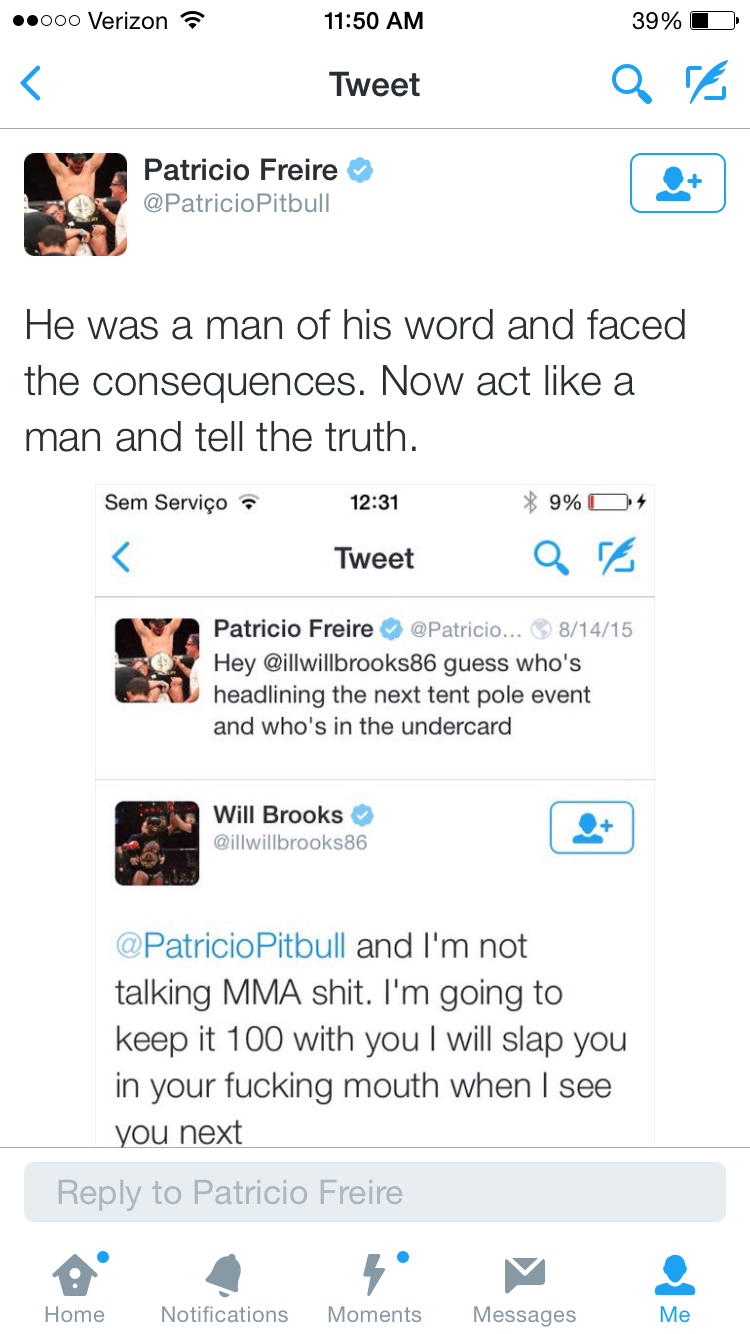