UFC 220 is set to take place tonight January 20th, at TD Garden in Boston. The main event headlined by heavyweight championship title fight between current champ Stipe Miocic and challenger Francis Ngannou. This heavyweight battle will determine who is the ‘baddest man on the planet.’

You can also able to stream part of the event on the FOX Sports GO app and YouTube.

The UFC 220 full fight card is available below. 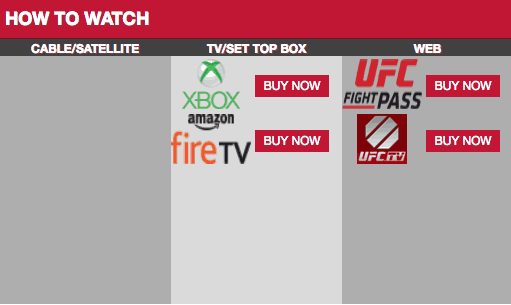