Watch: Stephen Thompson does a jumping tornado kick in slow-mo and we are mesmerized 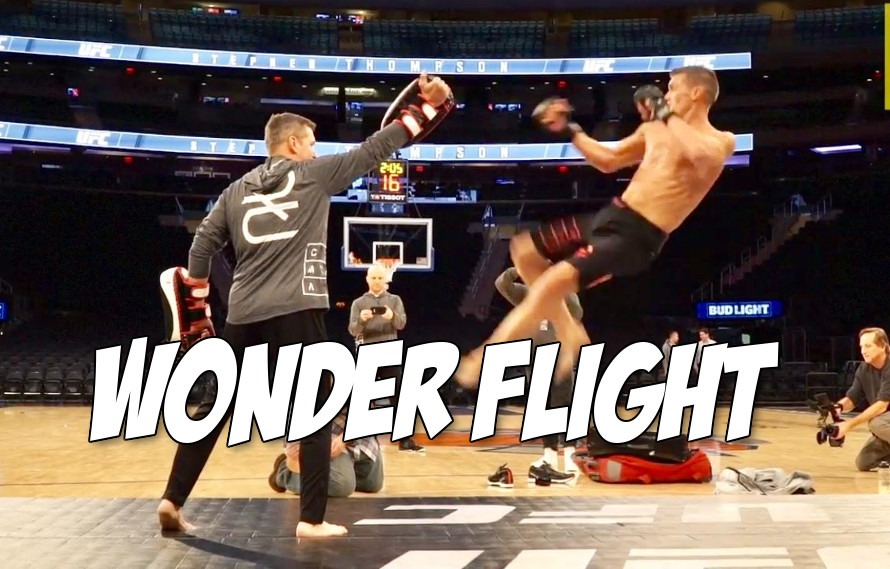 Not much to say here except that Stephen Thompson’s striking skills do not derive from this dimension. Wonderboy’s striking for MMA skillset operates in slow motion when the rest of the UFC welterweights throw hands in normal speed. Thompson sees your strikes, ups the difficult level, then throws some jumping and or spinning stuff in the bowl for good measure.

Memo to current UFC welterweight titleholder Tyron Woodley, do not stand in the center of the cage and attempt to go strike for strike with Wonderboy Thompson. At today’s UFC 205 open workouts, Thompson threw a spinning tornado kick like it was no big thing.

If there are any seven foot 170 pound fighters in the UFC, Thompson is ready to spin and chin check you with his foot. Now watch this amazing tornado kick in slow-mo on a loop until UFC 205.

Video: Shinya Aoki and Eduard Folayang just had the longest weirdest awkward face-off at ONE
Read Next Post →
Click here to cancel reply.