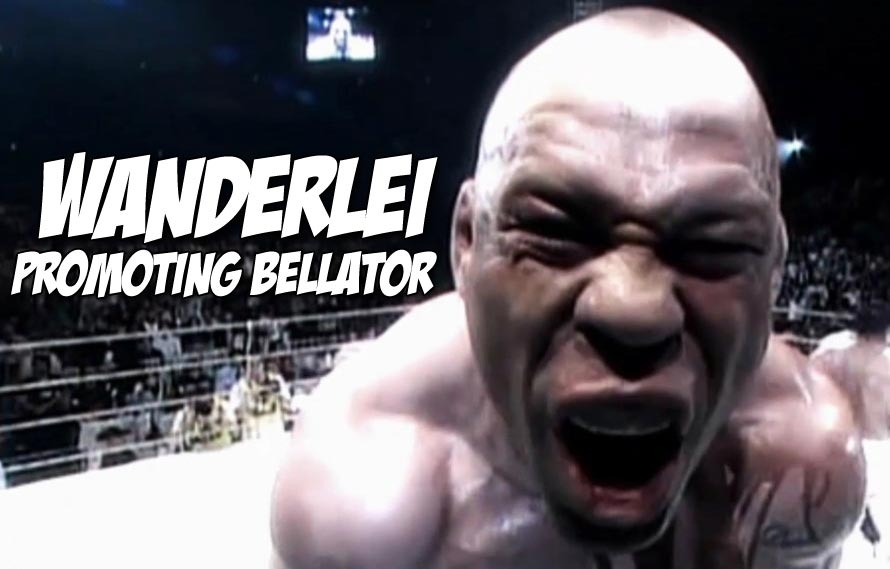 The wild, wild world of MMA involves some characters, we’ll give you that. One of the biggest characters of late has been Wanderlei Silva. Wanderlei Silva’s tenure in PRIDE made him a legend, one of the most feared men in the sport, dare I say in the world? The guy’s reputation in Japan was that of a trained killer, a Brazilian violence machine that would step into the ring against the opposition and leave them a bloody, concussed mess.

Wanderlei Silva is still under contract with the UFC, but as it stands now, without the ability to get licensed the guy isn’t going to be fighting anywhere any time soon. We get the distinct impression that he’s been trying to find outside fights because he went on a recent tirade about UFC contracts being “slave contracts” due to not allowing him to work. I dunno, there was probably a civil way for him to get out of his contractual obligations to the UFC, but it appears that we are heading into a wild world of Wanderlei Silva probably being sued by the UFC at some point if things continue down this path.

The latest in this saga comes by the way of a press release from Bellator today, stating that Wanderlei Silva will be at the Bellator 131 kickoff party at Dave & Busters on Friday afternoon. He’ll be there with the freedom forces that Bellator has been assembling of former UFC stars who were spurned by the company in Royce Gracie, Frank Shamrock and Randy Couture, who join the greater good that also includes Ken Shamrock and Tito Ortiz that have been very public about their disappointment with how the UFC has handled their legacies of late.