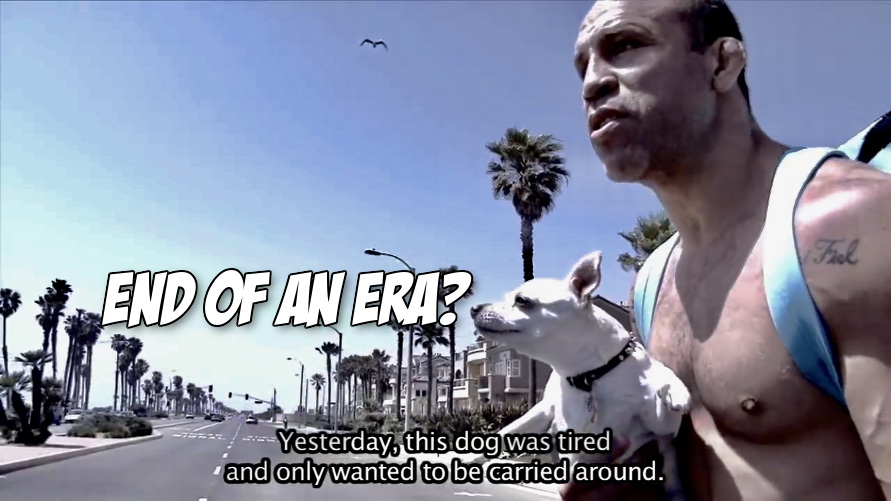 News that can categorized as sad and expected. At 42 years of age, Wanderlei Silva has revealed that he is suffering from concussion-like symptoms. The Pride legend is two decades and 51 fights into his MMA career, so this should come as no surprise.

It sucks but its the price every single pro fighter is willing to pay every time they sign up to fight. The reality is some of our greatest MMA heroes are going to have a very shitty quality of life once they retire. As MMA fans, its something no one wants to think about and hats off to Wanderlei Silva for being brave enough to admit it.

Brain injuries are a scary byproduct of MMA and it’s not something rest alone will cure; if there even is some kind of cure. Silva gets props for being honest, and because this is all he knows, he instantly pivots to lobbying for a fight with Vitor Belfort.

A very MMA outcome for one of the sport’s true first ballot Hall of Famers.

“I was in a lecture about concussion and of the 10 symptoms the guy mentioned, I had eight,” Silva said. “The symptoms would be, for example, mood swings, getting angry very fast, forgetting some things, having difficulty sleeping.”

“I, for example, believed that the the more you got punched, the more you could take it. And it’s the opposite: the more you get, the less you can take in a fight,” Silva said. “If I could leave a tip for the young guys, it would be don’t hit yourselves every day. If you have a young student, don’t let him take too many punches to the head. There’s the right moment to do a hard training, but it can’t be every day. A good coach takes care of your student.”

On fighting Belfort in Bellator

“I can fight him twice if he wants, no problem at all,” Silva said. “I’m fine, I’m healthy, I’m training, and at this point of (our) careers would be great for everyone. … I can’t end my career without this fight.”