Video: UFC’s Kevin Lee is at war with TMZ over Conor McGregor is weak for having a baby quote

Protect yourself at all times; even when dealing with the media. Score a 10-8 round for TMZ over UFC lightweight Kevin Lee. You may remember Lee from such press conferences as the UFC 2017 Summer Kickoff presser where Lee dressed as NBA player Russel Westbrook and almost no one in the MMA world got the reference.

After Lee dressed as The Human Triple Double and got punched by Michael Chiesa at the presser, he was an UFC media darling in the making. Then he talked to TMZ on a Facetime interview while driving his rental car and now Lee is at war with the media over what he did or didn’t say about Conor McGregor’s parenting style.

Watch the interview below and read the headline, where TMZ tried to imply that Kevin Lee punts newborn babies in his free time?

Welp, now Lee is pissed and despite his questionable fashion sense/questionable comedic timing, we kind of agree with him; you got TMZ’d bro. 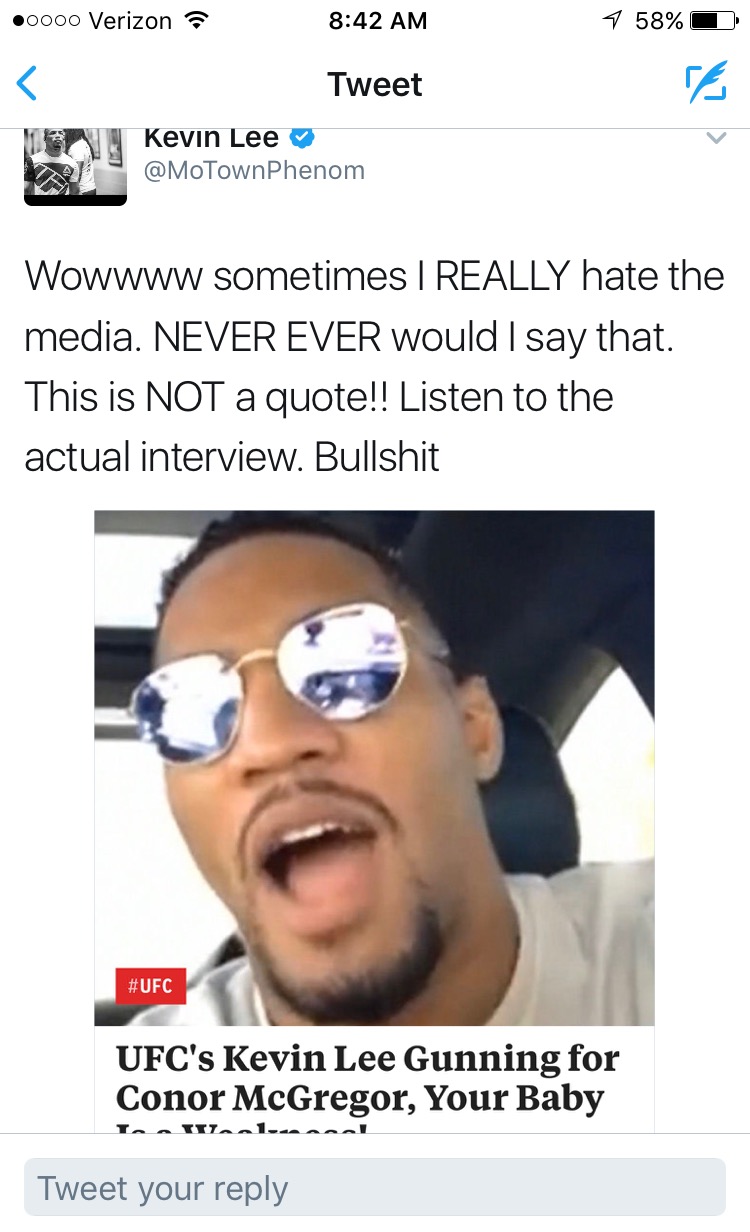