Kamaru Usman Down to Face Jorge Masvidal on May 9th, If Compensated 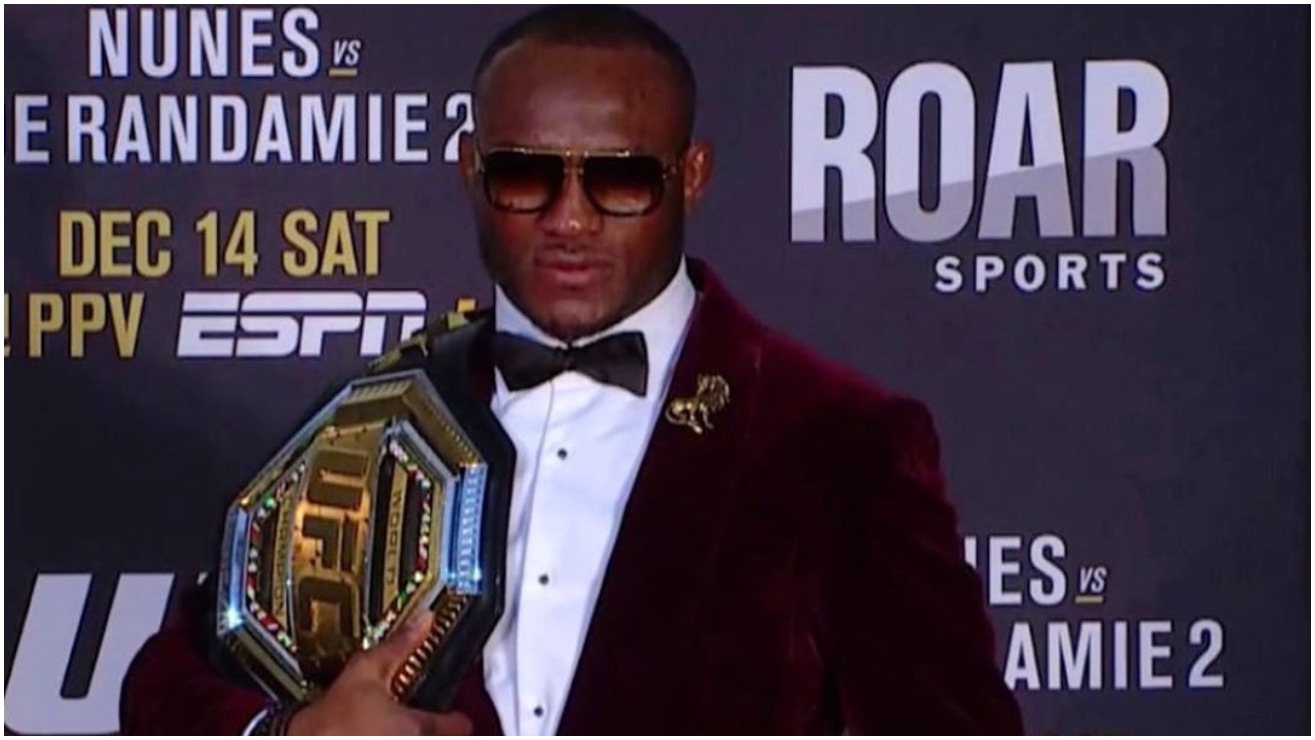 Kamaru Usman Down to Face Jorge Masvidal on May 9th Card

Kamaru Usman and Jorge Masvidal have been trading jabs back and forth for a while now. Fans wondered if the beef would ever actually culminate into an actual fight. Especially because the UFC never announced plans for the two men to meet. Still, the UFC hasn’t officially announced a bout between the men. But, Usman made it clear that he would like to face Masvidal on the upcoming May 9th mega card that the promotion recently announced.

Dana revealed the stacked card to ESPN. While it’s currently not known what numerical card this event will be entitled, the date for the event falls on the night UFC 250 would happen. Additionally, the event is set to take place at the UFC Apex Center in Las Vegas, Nevada. Furthermore, the card will feature three title fights in one night.

If Usman and Masvidal were to face each other, it would bring the title fight number up to four. Which, would make perfect sense due to Dana White’s remarks of making this the biggest card possible. Kamaru spoke with MMAFighting and said that he would definitely fight Masvidal on that day, but the money would have to be right.

Kamaru Usman says things with Jorge Masvidal are getting personal now and he’s ready to fight him ASAP:

“May 9 if something falls out, they need me to go, I’m ready to rumble. Just make sure I’m compensated.”#UFC https://t.co/6mpmsNvRma

Like Usman, Masvidal is all about his money. So, he probably respects the fact that Kamaru wants big bucks on a star studded card. Whether or not Usman gets the money he asks for remains to be seen. But, at least the call out is real and the matchup is gaining stream.