UFC Fighters React to the Passing of Muhammad Ali

A simple, jumbling of words in an intro could not describe the life of Muhammad Ali. He lived more in his 74 years than we could ever dream. A pioneer, rebel, activist and a man who never let anyone shake his beliefs. One of, if not the greatest boxer of all time, Ali’s influence transcended boxing, sports and he has become a cultural icon for generations. The impact of his passing has touched the whole world and especially the MMA community. UFC fighters react to his death below.

Nobody will ever come close to this mans greatness.
And if they do, they better wake up and apologise. #RIPAli pic.twitter.com/ED2wgignB2

#RIP to an awesome fighter who was inspiration to many and to me. Thanx for sharing your gift with the world. pic.twitter.com/LTxNrs8GkG

Muhammad ALI
THE GREATEST OF ALL TIME #RIP https://t.co/qarXALXDxR pic.twitter.com/qO0eqXeHYa

I have always looked up to #MuhammadAli. He paved the way 4 combat sports & will always be missed. #RIPMuhammadAli pic.twitter.com/TDCyfV5Y5r

@MuhammadAli the greatest sports athlete & spokesman of all time. #RIPali – my plus, my idol since childhood. pic.twitter.com/LGUrCtXHyg

RIP to the best ever! #MuhammadAli pic.twitter.com/S2ij0MasuT

Rest in peace to my biggest inspiration pic.twitter.com/gqIuuxSpC1 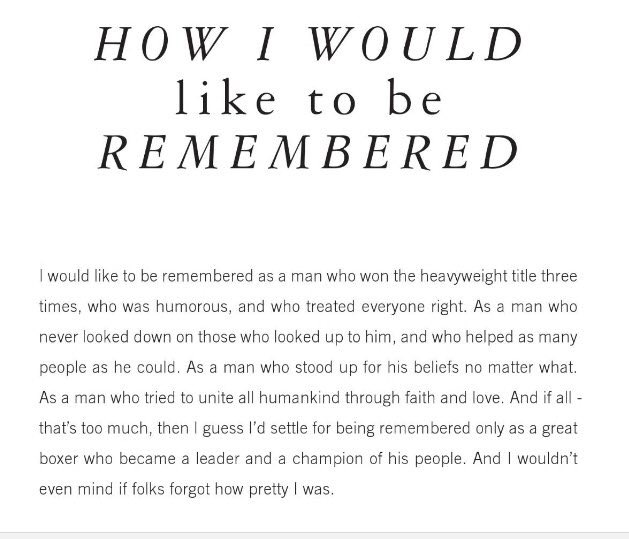 Mark Hunt to Star in a Zombie Movie and Make Our Lives Complete
Read Next Post →
Click here to cancel reply.