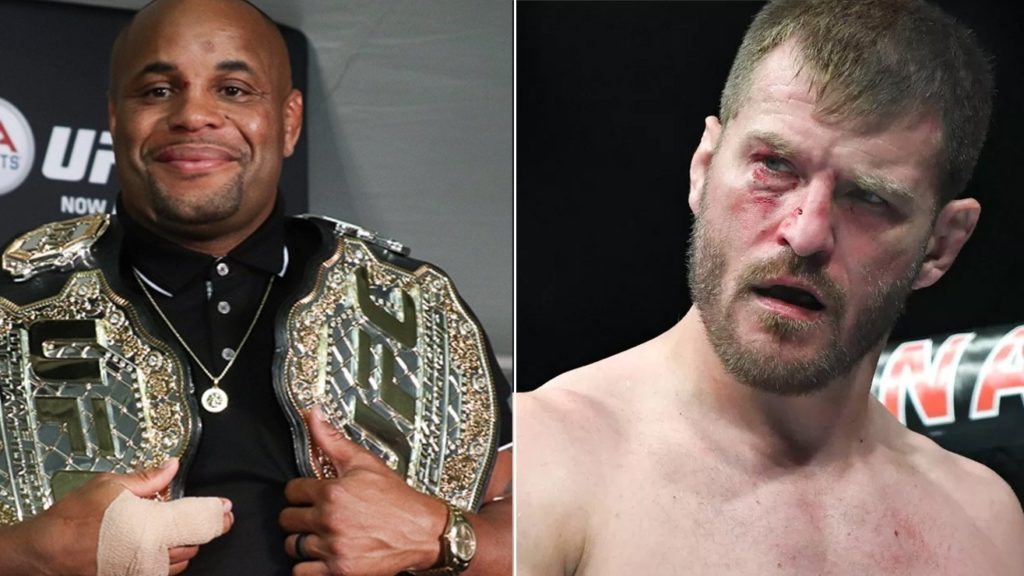 The two-division UFC champion Cormier, who knocked out Stipe Miocic to capture the heavyweight belt at UFC 226 is expected to defend his first heavyweight title defense against Brock Lesnar. But Lesnar won’t be eligible to return to the UFC Octagon until early next year as he still has to serve remainder six months of suspension from USADA as well pass a battery of new drug tests.

According to USADA official website Lesnar who entered the drug testing pool as of July 3 and already tested three times. Cormier was adamant that he wouldn’t fight Lesnar if he didn’t pass all the test.

Cormier already excited about his potential fight against Lesnar which also means the most lucrative one.

During UFC 227 PPV broadcast, Cormier talked with his partners Joe Rogan and Jon Anik, where ‘DC’ acknowledged that Miocic held the heavyweight title longer than anybody else in UFC history which made a good case for an immediate rematch, as Miocic expressed his anger at UFC on social media after his loss at UFC 226. Cormier said it wasn’t as good as Demetrious Johnson, who lost his flyweight title to Henry Cejudo at UFC 227 after 11 title defenses.

“I love Henry and I love his idea that he wants to be a two-weight champ,” Cormier said (Via  MMA Fighting). “Cool thing to do now. But if anybody deserves a rematch, it’s Demetrious Johnson. Come on, he lost a split decision after 11 title defenses. If Demetrious Johnson doesn’t get a rematch, there is no hope for any of us in the entire world, because that means that nothing you could ever do will warrant getting an immediate title shot [rematch].”

Cormier clarified his stance that if for some reason Lesnar can’t meet on his scheduled meeting he’s more than willing to fight Miocic. Lesnar last competed in 2016 at UFC 200 where the fight results turned to no contest after being tested positive for banned substance.

“[Miocic] should [get a rematch], but he went three [defenses]. Three is a lot different than 11,” Cormier said. “And also, if Brock Lesnar was staring at Stipe, that would happen, but I’ll tell you this right now, I’ll tell you this on record: If Brock Lesnar doesn’t make it to the fight for any reason, I’ll fight Stipe again. That is not a problem.

Cormier already announced that he would retire in March of 2019 so let’s see how things play out whether he fights Lesnar or Stipe Miocic.