How To Live Stream UFC On ESPN 6 Tonight

UFC will stage the UFC on ESPN 6 MMA event tonight (Oct. 18, 2019) from inside TD Garden in Boston, Massachusetts.

‘All American’ has dropped four of his last five showdowns and all four losses came by the way of knockout/technical knockout. Weidman started off a great run at middleweight with 13 wins however after consecutive title defenses against Vitor Belfort and Loyota Machida things went bad for him.

Meanwhile, Reyes is undefeated in the MMA and his last two wins came via decision.

In the co-main event, Yair Rodriguez and Jeremy Stephens will run it back again in a rematch after their first fight at UFC Mexico City ended in a ‘No Contest’ due to of eye-poking.

More in the main card includes, a 21-year old Maycee Barber will be facing Gillian Robertson in women’s Flyweight bout. Also Greg Hardy will continue his run at 265 pounds when he meets Ben Sosoli who’s making his UFC debut tonight.

Check out below the UFC Boston fight card and results: 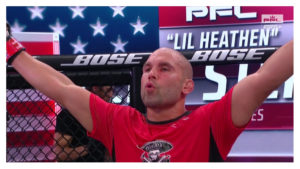 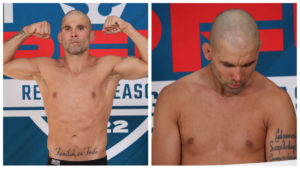 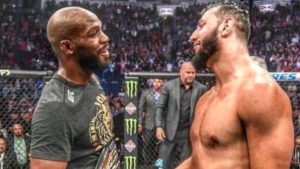 Dominick Reyes: Jon Jones Defeat Was A ‘Fork In The Road For My Life’ 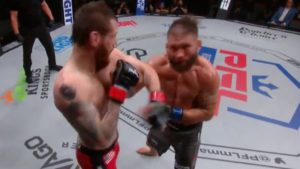 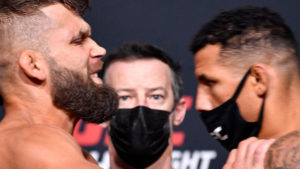