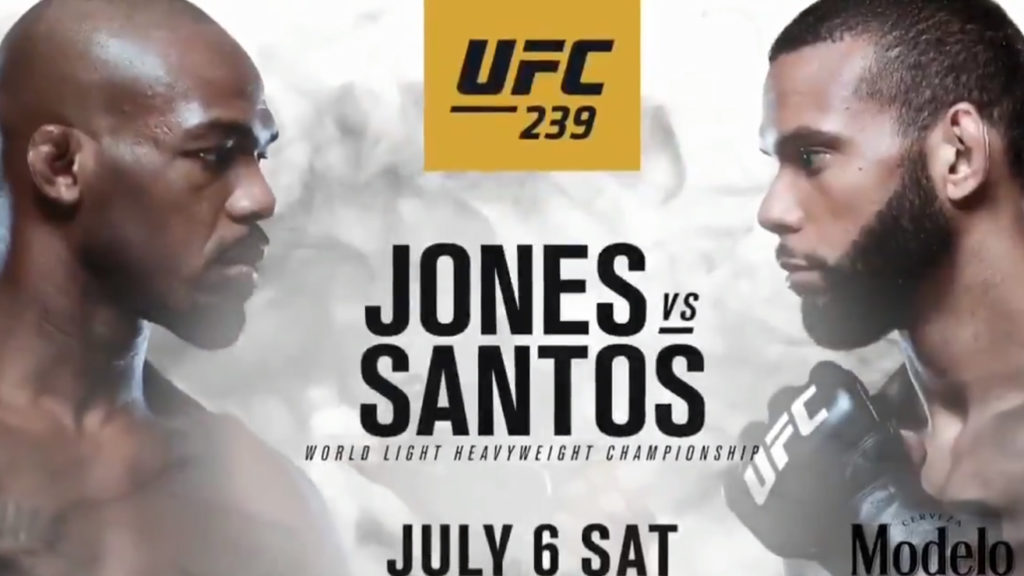 UFC 239 Is Couple Months Away, And Promotion Released A Promo To Hype Up The Things

UFC 239 Pay-Per-View (PPV) event is stacked which takes place on International Fight Week July 6th from inside T-Mobile Arena in Las Vegas. To hype up things promotion released the first promo of event.

The event is leading with two title fights featuring the two top champions in their respective divisions. UFC light heavyweight champion Jon Jones will put his strap on the line against Thiago Santos. ‘Bones’ last fought at UFC 235 where he earned a decision win over Anthony Smith.

Meanwhile, in the co-main event, Amanda Nunes will look to add another win on her resume as ‘Lioness’ will defend her bantamweight title against former 135-pound champ Holly Holm.

More great action in the main card including two heavyweight hard hitters Francis Ngannou and Junior dos Santos will face off as well Jorge Masvidal, and Ben Askren will clash each other in a welterweight bout.

Hold your horses here we got some more flavor in the main card as Luke Rockhold who’s making his debut when he’ll clash against Jan Blachowicz in a 205-pound bout, while Diego Sanchez and Michael Chiesa will also meet in a 170-pound showdown.

Chris Weidman: 'I Am A Nightmare Matchup For Israel Adesanya'
← Read Last Post