Tom Aspinall Shuts Down Talks Of A Title Shot: “I’m Not Even Interested In It”

After an impressive win over veteran Alexander Volkov by submission, Tom Aspinall raised his stardom to new heights. Aspinall finished Volkov in the opening round of the main event this past March. He took the chance to call out another man with a lot of hype behind him, Tai Tuivasa. Although he didn’t get the opponent he wanted, Aspinall will face a huge jump in the competition next.

UFC heavyweight Tom Aspinall is currently on an eight-fight win streak with five coming in the UFC. The 29-year-old rising star elevated his stock after his most recent win against Volkov as many consider him to be a future champion of the division. Having racked up wins over Jake Collier, Sergey Spivak, and Andrei Arlovski, the rising Englishman is slated for a showdown with Curtis Blaydes.

In an appearance on The MMA Hour ahead of his fight against Blaydes at UFC London, Tom Aspinall shared his thoughts on the opponent. Ariel Helwani asked Aspinall about the possibility of getting a title shot next given he dispatches ‘Razor’ this July.

Aspinall turned down the talks of getting a chance at securing the heavyweight gold as he called Helwani “a bit crazy” for his comments.

“I’m not even interested in it. I never thought that I was going to be talking about a title after five UFC fights, six UFC fights. I feel like I got more work to do, man. I’ve got a lot more work to do. I’ve got more proving. I don’t want to be one of these like, people who gets here by talking. That is not me.”

“To be honest with ya, I struggle with a lot of MMA fighters these days”

Curtis Blaydes has been quietly moving up the ranks in the heavyweight division. With a wrestling-heavy approach, he currently holds the record for the most takedowns in the weight class by a long margin with 60. Considered to be a problem for other competitors, ‘Razor’ knocked out Daukaus in his last outing at UFC on ESPN 33.

When Helwani asked him to share his thoughts on his upcoming adversary, Tom Aspinall heaped praises on Blaydes and stated him to be the toughest matchup for him stylistically.

“Curtis Blaydes is probably the toughest fight in the division for me stylistically.”

“That pushes me to a whole new level, mate. That pushes me to levels I’ve never been before and that’s what I need. If I’m with someone that’s going to make me comfortable, I’m going to stay exactly where I am and do the exact same work I’ve been doing. If you’re going to give me someone that I think is a scary fight, and you’re going to give me fear…. You don’t want to see me scared because I end up doing stuff like I did in the O2 last time I fought.”

Aspinall’s showdown with Blaydes may be a top contender fight or an eliminator bout. It’s likely the winner will take on the victor of Gane vs. Tuivasa. With UFC heavyweight champion Francis Ngannou’s future looking uncertain, we could witness a change in the guards soon.

Tai Tuivasa Not Sold On Tom Aspinall Fight: “I Suppose He Just Wants To Cuddle Me” 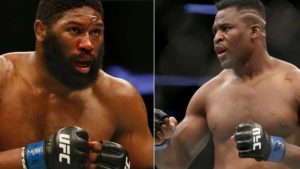 Curtis Blaydes Would ‘Get Ready To Box’ If He Was Francis Ngannou: ‘They Make A Lot Of Money’ 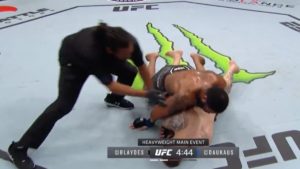