The former bantamweight champion is now eligible to return to the UFC after serving a 2 years suspension due to a failed drug test. 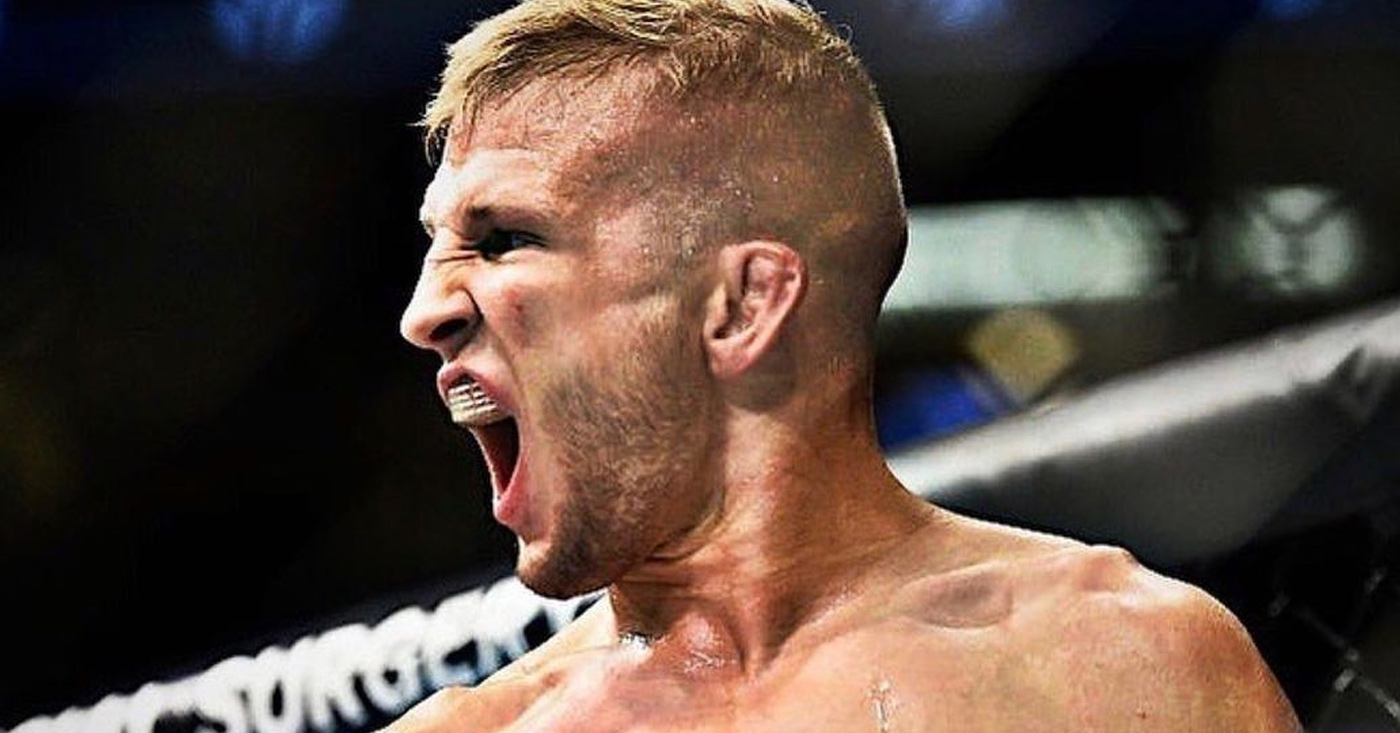 TJ Dillashaw was on top of the world a few years ago. After back-to-back knockout wins over Cody Garbrandt, Dillashaw was without the shadow of a doubt the best bantamweight on the planet. He was one of the best pound-for-pound fighters in the UFC and challenged the newly crowned flyweight champion Henry Cejudo for his belt. Never had a champion gone down in weight to win a belt in UFC history.

Dillashaw seemed pretty confident in his ability to make 125lbs. And he did make weight despite having to completely deplete himself to do so. But Dillashaw’s dream of becoming a double champion was cut short. Cejudo came at him aggressively in the first round and finished him within seconds of the opening bell. This was a shocking outcome for the fight world who expected Dillashaw to win.

A rematch was supposed to happen at bantamweight but shortly after the fight, Dillashaw tested positive for a performance-enhancing drug and was suspended by USADA. He was forced to vacate his title, which was then won by Henry Cejudo after his victory over Marlon Moraes. Dillashaw seemed like he was in the prime of his career when he got suspended. Many argued that this crushing blow could push to retire.

Dillashaw tested positive for recombinant human erythropoietin (EPO). This landed him a 2 years suspension and criticism from fans and fighters alike. UFC vice-president of athlete health and performance Jeff Novitsky talked to ESPN about Dillashaw’s case and EPO.

“I’m quite familiar with EPO from my days investigating professional cycling teams” Novitsky said to ESPN, “It’s a very effective sbstance. It’s not a substance you find in contaminated supplements, it’s injectable only. You have to know what you’re doing when it enters your system.”

But it seems as though Dillashaw hasn’t given up on his career and now that his suspension is over, we might see him back in the octagon in 2021. In a recent interview with ESPN, UFC president Dana White said that he hasn’t ruled out giving Dillashwaw an immediate title shot when he comes back. He mentioned that they would have to talk with Dillashaw first to see what he envisions for himself.

“We’ve gotta talk to him about that, he would know the answer to that question better than we would.” said White.

Considering the state of the division, it is pretty hard to see Dillashaw coming back into the title picture immediately. Petr Yan and Aljamain Sterling are scheduled to fight this year and Cory Sandhagen is probably next in line. Nevertheless, adding a motivated TJ Dillashaw to an already stacked division can’t hurt anybody and certainly not the UFC.