T.J. Dillashaw: It Will Be Tough For Cody Garbrandt To Get Another Title Shot

T.J. Dillashaw may have dusted his rivalry with foe Cody Garbrandt once and for all after knocking out KO the former champion and teammate earlier this month in the co-main event at UFC 217.

After constant ground and pound session, finally, Dillashaw dethroned former champion Garbrandt with vicious strikes in the second round to scored the bantamweight title.

Both bantamweights mates traded harsh words for months leading up to the fight, They coached The Ultimate Fighter 25 (TUF) opposite each other earlier this year and were initially booked for UFC 213 until Cody Garbrandt pulled out with a back injury. Garbrandt and Dillashaw used to spar together at Team Alpha Male, but Dillashaw parted ways with the Sacramento-based team in 2015 to work with former TAM head coach Duane Ludwig in Colorado.

Dillashaw admits he certainly is happy with his performance at UFC 217 and said wish the fight prolonged little longer.

“Getting the finish, getting the win is the most important thing,” Dillashaw told FloCombat. “I almost would have preferred to beat his ass for five rounds to really prove that I was the better fighter and finish him in the fifth round like I do in some of my fights, later in the championship rounds to really prove a point. But obviously, I’m going to take advantage of stopping fights.”

“I think I have the most finishes in bantamweight history now. It’s because of my killer instinct. I’m always going for it.”

As soon Garbrdandt loses his belt-immediately asked for a rematch with Dillashaw, but the new champ is not sure and not happy with idea od rematch.

“He definitely doesn’t deserve a rematch,” Dillashaw said. “He never actually defended his belt. In my mind, you’re not even really a champion until you defend your belt. He never ever once defended it, and he got knocked out in the second round. I lost a split decision against Cruz when the owners of the UFC told me they thought I won the fight. You tell me how that makes sense. No, he’s going to have to build his way back up.”

However Dillashaw believes Garbrandt has the skills to get another chance at the belt, the champ said he doesn’t see Cody Garbrandt having an easy road back to the top again.

“He is good enough [to earn another title shot], but he does have holes in his game and I think I’ve proved that now. I also don’t believe he has a chin. I think a lot of people are scared of his power, and there are some guys in the weight class that can hang with [him]. It’s going to be a tough road. He’s definitely good enough to do it, but it’s going to be tough.”

Dillashaw already moved on and pursuing a fight with flyweight champion Demetrious Johnson.

Dillashaw previously offered to drop down to 125 pounds to face Mighty Mouse earlier this year, but Johnson declined the fight and instead wanted to take on Ray Borg and won the bout via armbar in the fifth round.

Now Dillashaw is bantamweight champion and said Johnson has nowhere to run now. This potential fight considers a super fight in combat sports.

“He wants to be known as the real pound-for-pound [best], then he’s got to step up and take this thing.”

Do you guys think Cody Garbrandt deserves another title shot with Dillashaw? 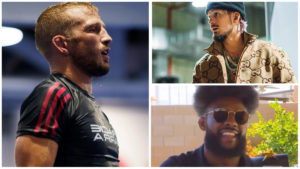 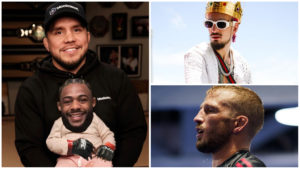 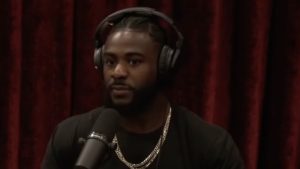