Witch Hunt? So everyone thinks Erick Silva was off PEDs in his loss to Neil Magny. Agree?

Don’t do drugs in the UFC. In 2015 the UFC is making a concentrated effort to rid their promotions of PEDs, recreational drugs, and now even banning people for two years if they use a IV to rehydrate after weight cutting. Soon drinking Pedialyte, Gatorade, filtered water or doing extra jumping jack to get your heart rate going will be outlawed in the UFC.

With the UFC’s new crackdown come suspicions anytime a fighter loses for any reason. Sorry, Erick Silva you lost last night at UFC Canada Town and your abs aren’t looks up to par. Did Silva choose to work on his striking defense rather than do extra sit-ups in his eight week training camp? Was Neil Magny just simply better than Silva?

Let the witch hunt in the UFC begin until every fighter is dressed in the same Reebok shorts, trains at the same UFC gym, and is only eating a trademarked Mike Dolce meal plan.  Don’t cheat in the UFC. 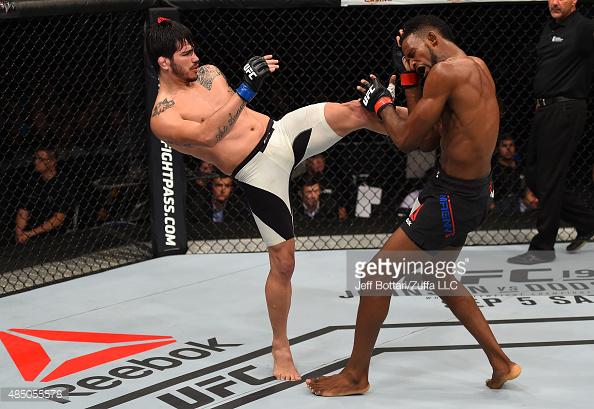 Dang Silva lookin soft in this one.

Someone is off the sauce #justsaying

Randy Couture's new monster truck has a Octagon in the bed, severed Couture head as its topper
Read Next Post →
Click here to cancel reply.