Satoshi Ishii vs. Fujita slated for this summer 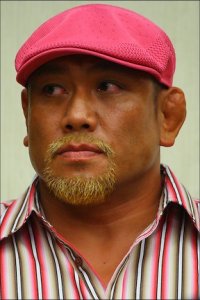 Earlier this morning, the Large Hadron Collider was revved up in Europe. The LHC is the largest structure ever created by humanity, so large in fact that it fits in two countries. It essentially operates by accelerating two particles to some mathematically impossible velocity and then colliding them moments later. The particles explode and scientists find even smaller particles that you will eventually learn about on the Discovery channel. Alternatively, scientists can replace those two particles with the heads of Satoshi Ishii and Kazuyuki Fujita and when they collide…absolutely nothing will happen. You know how most people try to avoid a punch? Fujita just angles his head to a side that has sustained the least amount of damage and hopes for the best. As far as Satoshi Ishii’s dome, Sengoku should just remove it and give it to Bellator for their upcoming featherweight tournament. Today, SportsNavi (via Nightmare of Battle) broke the news that Satoshi Ishii will fight in Japan over the summer and his opponent will most likely be Fujita.

Fujita will forever go down as the only man to have ever rocked Fedor. Dude wears it like a badge, hell a picture of him dazing Fedor is even on his Wikipedia page. Unfortunately, Ubereem delivered a knee to his cranium that would have destroyed entire third-world villages. We really didn’t know what happened to Fujita after his bout at Dynamite!! 2009. Dude’s eyes rolled in the back of his head, he wasn’t responsive and the medics just carried him on a stretcher and prepared for the next fight. According to Sengoku, his brain has fully recovered and but this time he will pit his head against the future of craniums, Satoshi Ishii. If you don’t have a widescreen telelvision, there’s no way you will see both of these guys on the screen at the same time. [Source]