You can’t talk about Muay Thai without mentioning Saenchai PKSaenchaimuaythaigym. If you’re not familiar with the four weight division champion, Saenchai is one of best Muay Thai fighters in the world and has an intimidating record (293-52-2) that would even impress Rickson Gracie. Now, he’s decided to smash his shin on people’s faces in MMA. The first target? None other than Conor McGregor.

Earlier this week, Lawrence Kenshin broke the news that Saenchai he would be training at Tristar with Firas Zahabi confirming soon afterwards. Saenchai talked about the move to MMA and the interest in a fight with McGregor in an official video where he gave his thoughts on the fight that was supposed to happen with Rafael dos Anjos.

After RDA pulled out, buzz grew that Saenchai was interested in a fight we all knew was too insane to happen, but the story may not be over yet. Wednesday, Saenchai congratulated Nate Diaz on landing the fight and then yesterday posted a picture of him kicking McGregor in the head asking for help to make it happen.

Be right back, I’m starting a change.org petition. 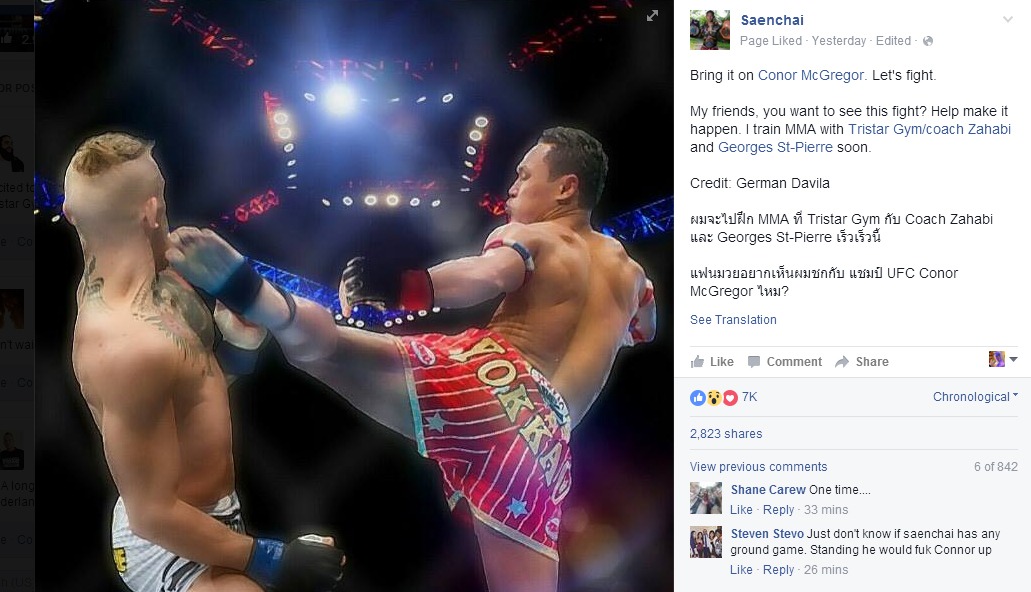