Could it really be that simple? In MMA, is anything that simple? Maybe Conor McGregor vs. Khabib Nurmagomedov is booked and we don’t even know it.

The UFC traveling crew is currently in Los Angeles promoting UFC 227 this weekend but maybe we should all be focused on Oct. 6, 2018 in Las Vegas. The site and date of UFC 229 perhaps has it main event booked.

Coupled with other rumors, Team Mac are beginning to book their travel arrangements for a possible McGregor UFC comeback fight.

I’ll draft your Will. He will kill you. SBG. 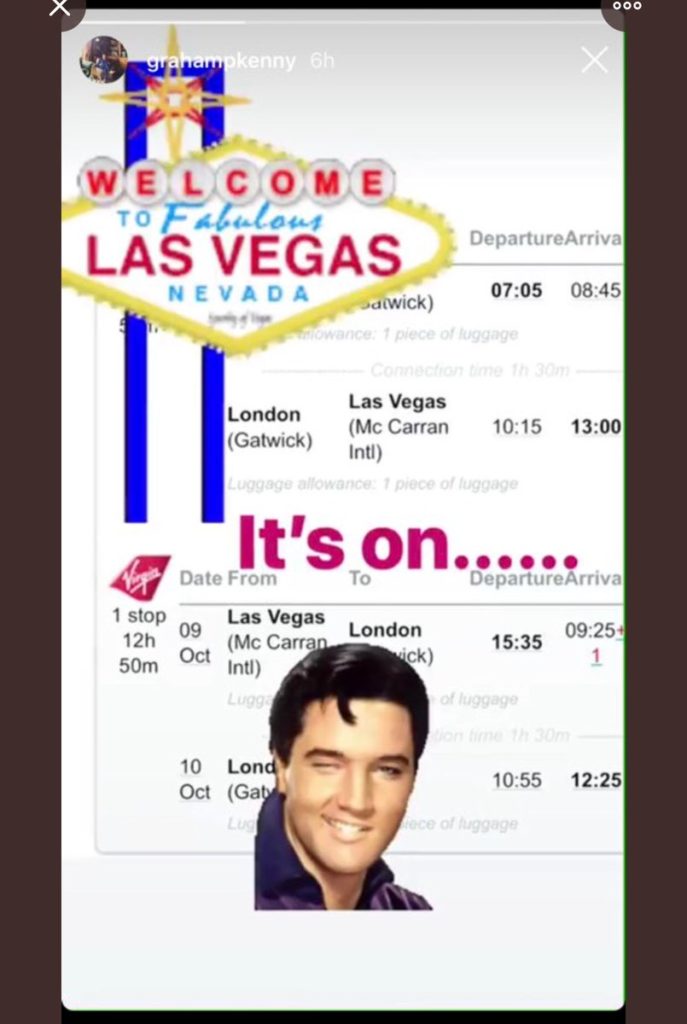 Where’s there’s smoke, there’s fire and where’s there’s a shit ton of money to be made there is Mystic Mac. Mac vs. Khabib part one set for UFC 229? Sure why not.

THE FIGHT IS ON!@TeamKhabib vs @TheNotoriousMMA Oct. 6 in Las Vegas at #UFC229! pic.twitter.com/GHNzmj4eWY