Rumble Johnson Tells Paulo Costa to “Grow Some Balls, Man Up” About Getting Embarassed at UFC 253

Rumble Johnson believes that Paulo Costa is facing karma due to his antics before facing Israel Adesanya, saying he doesn't deserve a rematch. 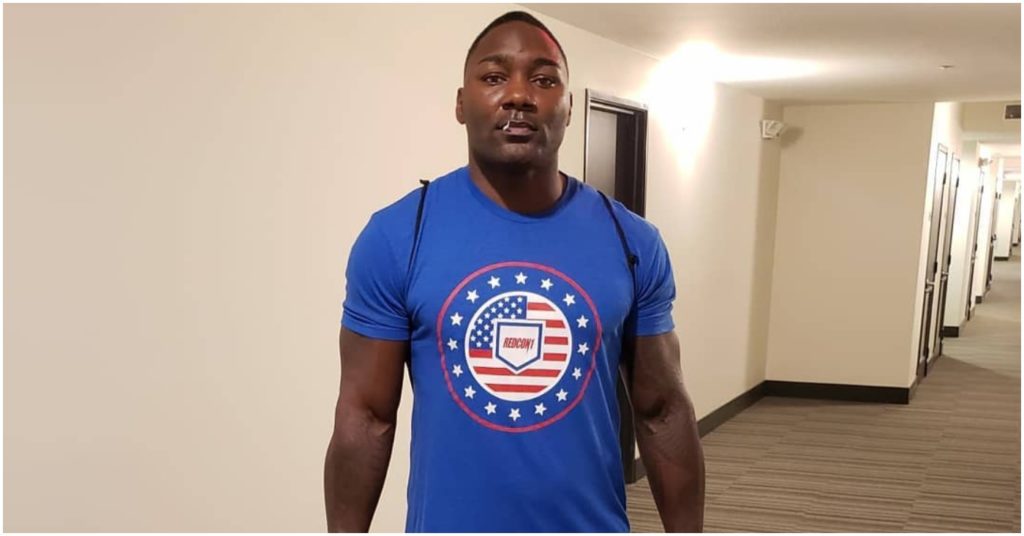 Paulo Costa is extremely upset with Israel Adesanya after Israel’s antics following Costa’s UFC 253 loss. During the main event title fight, Adesanya was able to easily dismantle the challenger, embarrassing him as he cruised to victory without breaking a sweat. Immediately after the 2nd round TKO victory, the camera captured Adesanya humping Costa on the ground while he was recovering from the beating. Now, Costa is all over social media begging for a rematch after feeling disrespected. In the opinion of former UFC light heavyweight Anthony “Rumble” Johnson, Costa needs to man up.

After Adesanya was caught on camera humping Costa after the fight, it re-ignited their beef to an even higher level. Now, Paulo wants revenge after feeling completely disrespected by Israel. Many fans of the sport thought the hump was disrespectful, while others believe it was karma. Due to Costa’s antics leading up to the fight, some would say he “had it coming.”

Rumble Johnson spoke with Mike Swick on his podcast. During the appearance, he spoke about Costa’s approach to secure a rematch, stating that he needs to man up.

“I figured that was gonna happen,” said Rumble in regards to Adesanya’s victory. “Costa is a little flat footed, a little bit. He’ll pressure you, he knows how to go forward. I don’t think he knows how to go backwards. But I’ve trained with Stylebender, he’s whupped my butt pretty good. Came in the gym, had just finished his kickboxing match a week or two before. And that’s when I had just started my camp and he came and put a beating on me. He’s really good, gotta give him credit, he’s the best.”

Rumble on Costa  Wanting a Rematch

“But Costa, when you showboat like that you actually … you’re not focused. How many people have played that game and have come out successful? That’s not something to play with, especially not in a championship. Don’t play like that.”

“Stylebender was serious, Costa came in thinking that he’s just a white belt, he’s nothing, he’s skinny,” Anthony continued. “Hey, being skinny has its advantages, dude. I don’t understand all of a sudden either why Costa is getting so upset after he saw what Stylebender did to him, you know? I was like ‘Dude, you were the one talking so much and then he gets you at the end and now you mad? Because he embarrassed you? Come on man, grow some balls. Man up to that.’ It is what it is. You can’t demand a rematch either after a performance like that either. That’s not smart. That’s not gonna sell for sure.”

Rumble has stated for a long time that he plans on returning to the UFC octagon. Perhaps his comments could be the igniter for a fresh rivalry in MMA. Especially if Costa chooses to move up in weight to the light heavyweight division. Welcoming Rumble back with Costa’s inaugural 205lb fight could create a lot of buzz for the organization. A lot of buzz that is needed in this current state of MMA rivalries.