Rousimar Palhares signs with Venator FC, WSOF says no, so VFC says we don’t give a fuck about WSOF

Rousimar Palhares is in the center of a feud between Venator FC and the World Series of Fighting. Because of course he is. When not injuring his opponents on purpose, holding submissions after the bell, and eye gouging his foes, Palhares is a part time professional MMA fighter and full-time madman.

With Jason “Mayhem” Miller already under their promotional wing, Venator FC announced this week that they had signed Palhares to their stable of fighters who may or may not cut you in a dark ally.

MMAFighting with the breaking news

“Rousimar is a great champion who has often found himself unfairly under fire for excessive holding [alleged or real] after opponents have tapped out,” Venator president Frank Merenda said in a statement. “But anyone who knows him knows that he is a good guy who never wants to hurt anyone. He’s a hard worker, a serious and respectful guy who genuinely loves the world of combat sports. Above all, he has a real desire to redeem himself in front of everyone and show that he is not the “monster” that everyone talks about.”

And according to WSOF president Ray Sefo, the promotion expects Palhares to honor his contract and not fight for Venator in May.

“If he takes the fight in May,” Sefo stated, “that’s a violation of his World Series of Fighting contract that is still active. He was suspended by the athletic commission but being suspended doesn’t mean you’re released from your contract.”

Palhares’ Venator FC debut is currently scheduled for May 21st, where he will likely “accidently” injury his opponent Emil Meek in spectacular fashion. 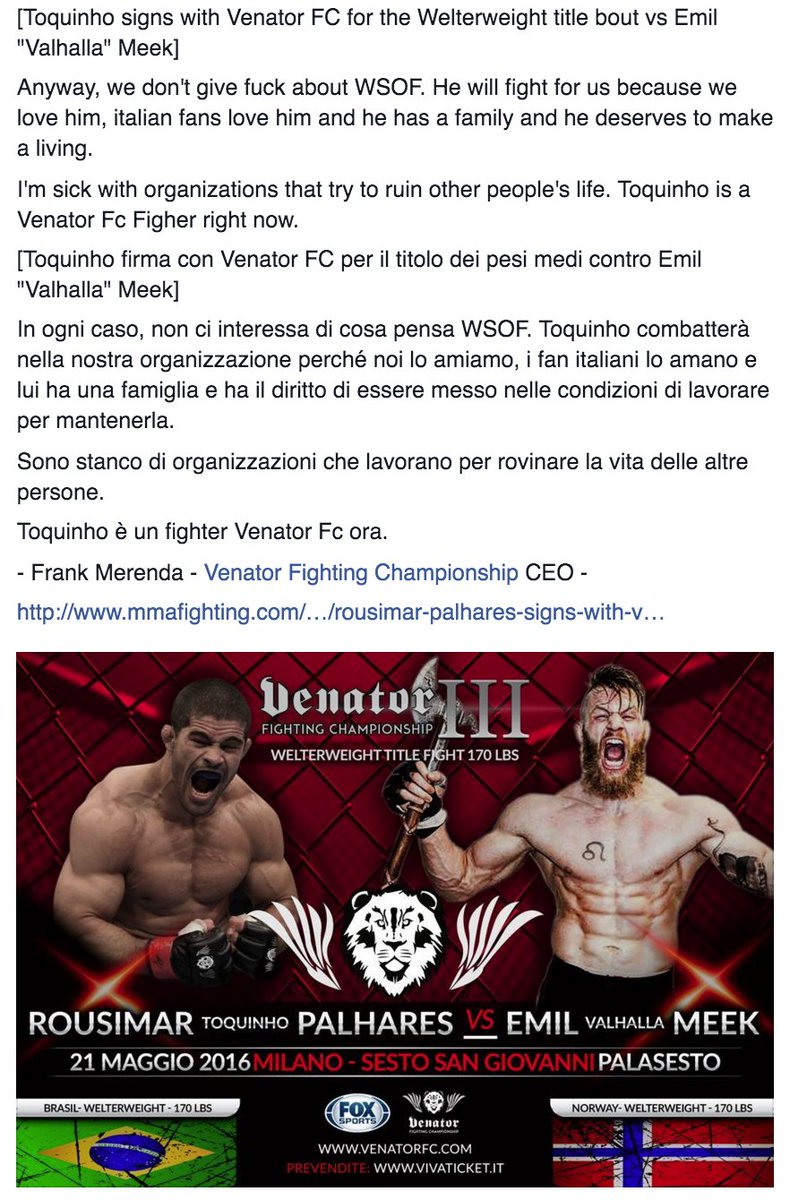 Video: Meanwhile in Poland, we have MMA’s first crazy 2 out of 3 falls fight
← Read Last Post

Floyd Mayweather's uncle Jeff says McGregor gets no credit for going up and getting his ass whooped
Read Next Post →
Click here to cancel reply.