Cormier Dad has no time for your Jon Jones talk just one day before his UFC 210 fight with Rumble Johnson. Daniel Cormier is MMA’s unofficial Dad. Cormier Dad nearly missed weight at the UFC 210 weigh-ins but thanks for some New York Athletic Commission screw-ups and the possible help of a towel, DC vs. Rumble is still a go.

You know who doesn’t think Cormier was being professional today? Bone Jones AKA the bratty step-kid that keeps popping up to ruin Cormier comedic Dad’s exploits. Here’s video from a post-weigh-in media scrum where DC is asked about what he thinks about Jones calling him unprofessional.

Cormier responding to Jones calling him "unprofessional" this morning. pic.twitter.com/WjRRSMUGNs

Just look at that DC face 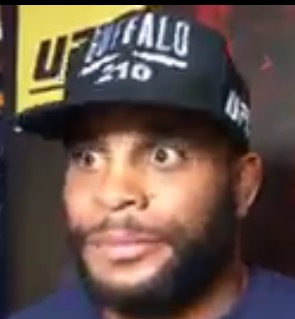