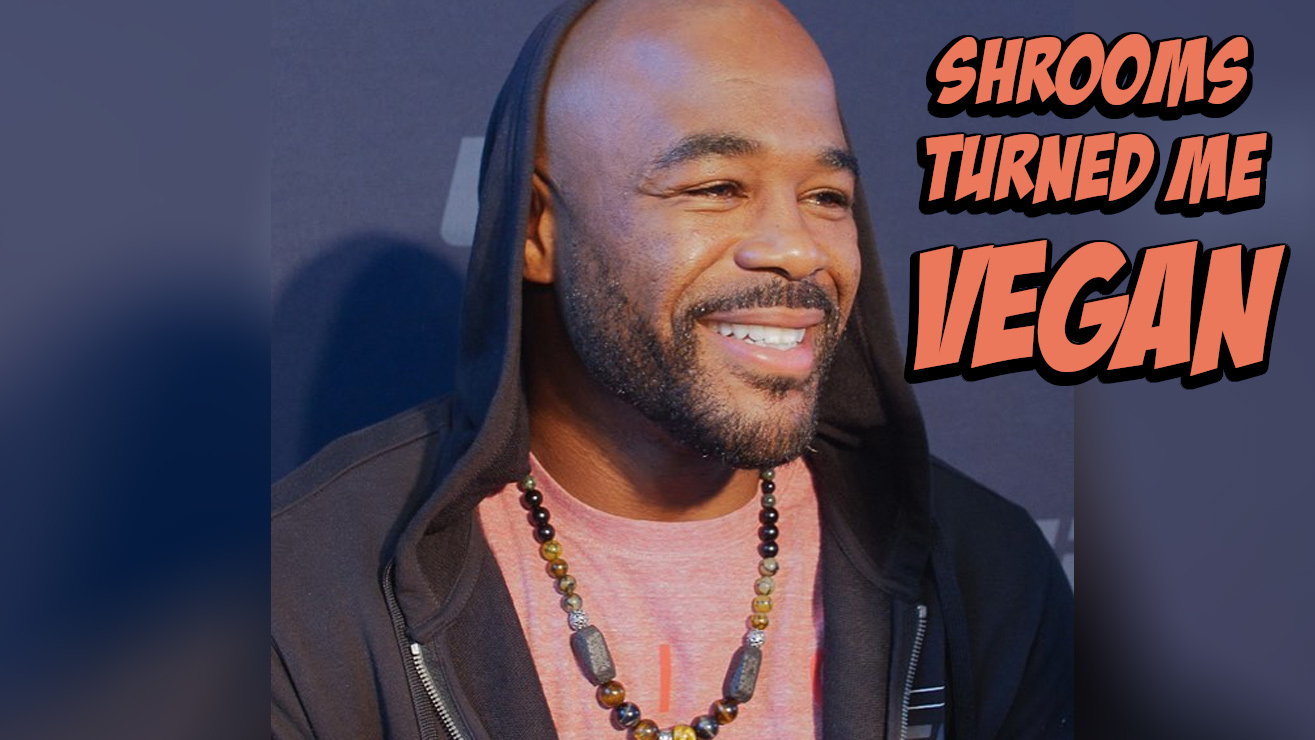 For two years now, former UFC light heavyweight champion and hall of famer Rashad Evans has changed to a vegan diet. And no, this isn’t a gigantic ad to shove veganism down anyone’s throats. It’s also not designed to convince anyone to change their current lifestyles. What’s more important, is the process in which Evans became vegan. Unconventionally, it all started with a mushroom trip.

Evans loves his new vegan lifestyle. Since changing his diet, he has experienced mental clarity, more energy, and more focus. Part of that is attributed to him finding yoga. However, most of it is due to Rashad using mushrooms. He shared his story on the Joe Rogan Experience.

“I do mushrooms, right? So, it was when I had a really really deep trip that just caused me to have one of those ego deaths. And, when I had the ego death I was in a state where this knowingness was coming to me. It was all day. I did a mushroom ceremony and it was all day and I was just out in the sun. You know, in my own mind,” said Evans.

“I was smelling real bad. I smelled myself and was like ‘oh my God, I stink.’ Then the knowingness said ‘You stink because you eat dead rotting flesh.’ And it said ‘If you want life, then you eat life.”

While the thought process was strange it was enough for Rashad to lose his taste for meat. And of course, Rogan’s ear’s perked up once he discovered Evans does shrooms. In which, he decided to share some stories of his own using the drug.

Rashad revealed to Rogan that he doesn’t have visions while on DMT like most people do who use the drug. Then Rogan replied by telling Evans that it was because the visions come from something else.

“One time I did it, I had a vision. I awake and I am in a place and I see these three massive beings. Like, tall as a building. And they were a half human and half snake. A snake from the waist down and a human from the waist up. But, it has a snake face,” shared Rashad.

An intrigued Joe asked Rashad what he believed that represented, but Evans was unsure.

Psychedelics are freaky. Freakier than the stories that Rogan and Evans shared. But, maybe a mushroom trip is all it takes to change an entire diet of meat-eating to one of veganism. At least for Rashad Evans.