Rafael Lovato Jr. has returned to MMA after retiring three years ago.

Lovato Jr. last fought a Bellator 223 in June 2019. The BJJ superstar advanced his MMA record to 10-0 after beating Gegard Mousasi by a majority decision for the Bellator middleweight champion. Since then, the 39-year-old has been inactive from MMA due to health issues. He returned on December 28 for a special event.

The 39-year-old American picked up where he left off. Lovato Jr. brought the fight to the ground and submitted his opponent in the first round by kimura. The BJJ superstar hasn’t fought in three years, but he proved there is still gas left in the tank.

INOKI BOM-BA-YE also featured Josh Barnett and Melvin Manhoef competing. Barnett secured a TKO victory against Shoma Shibisai at 45 years old. Meanwhile, Manhoef lost by submission in the main event against Igor Tanabe, a 22-year-old BJJ phenom starting to make a name for himself in the MMA world.

Josh Barnett drops Shouma Shibisai with a knee to the gut and finishes on the ground pic.twitter.com/t6D8vq2kNO

Why did Rafael Lovato Jr. retire from MMA?

Rafael Lovato Jr. put his MMA career on hold after beating Gegard Mousasi in June 2019. He was forced to vacate the Bellator middleweight title after being diagnosed with a rare brain disease called cavernoma. Although Lovato Jr. stopped fighting, he continued to stay active by competing in BJJ.

Lovato Jr. has recently competed in several elite BJJ competitions, including ADCC, Who’s Number One, and the UFC Fight Pass Invitational. The 39-year-old competed five times in 2022, with two wins and three losses. The former Bellator world champion ended the calendar year by making a statement at INOKI BOM-BA-YE.

Before retiring from MMA, Lovato Jr. established a pro-MMA record of 10-0 with wins against Mousasi, John Salter, Gerald Harris, and Kevin Holland. He could go down as one of the biggest what-ifs in MMA after retiring with the Bellator middleweight title. It’s unclear whether his appearance at INOKI BOM-BA-YE was a one-off or if the 39-year-old plans to return to Bellator in 2023. 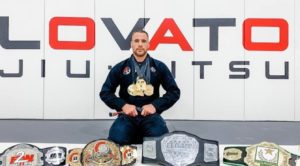 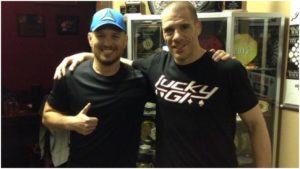 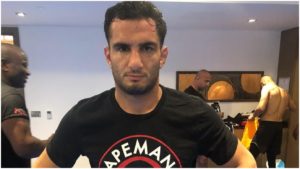