Rafael Dos Anjos called out Conor McGregor following his win at UFC Vegas 14, the Irishman says he's "down for it all" on Twitter. 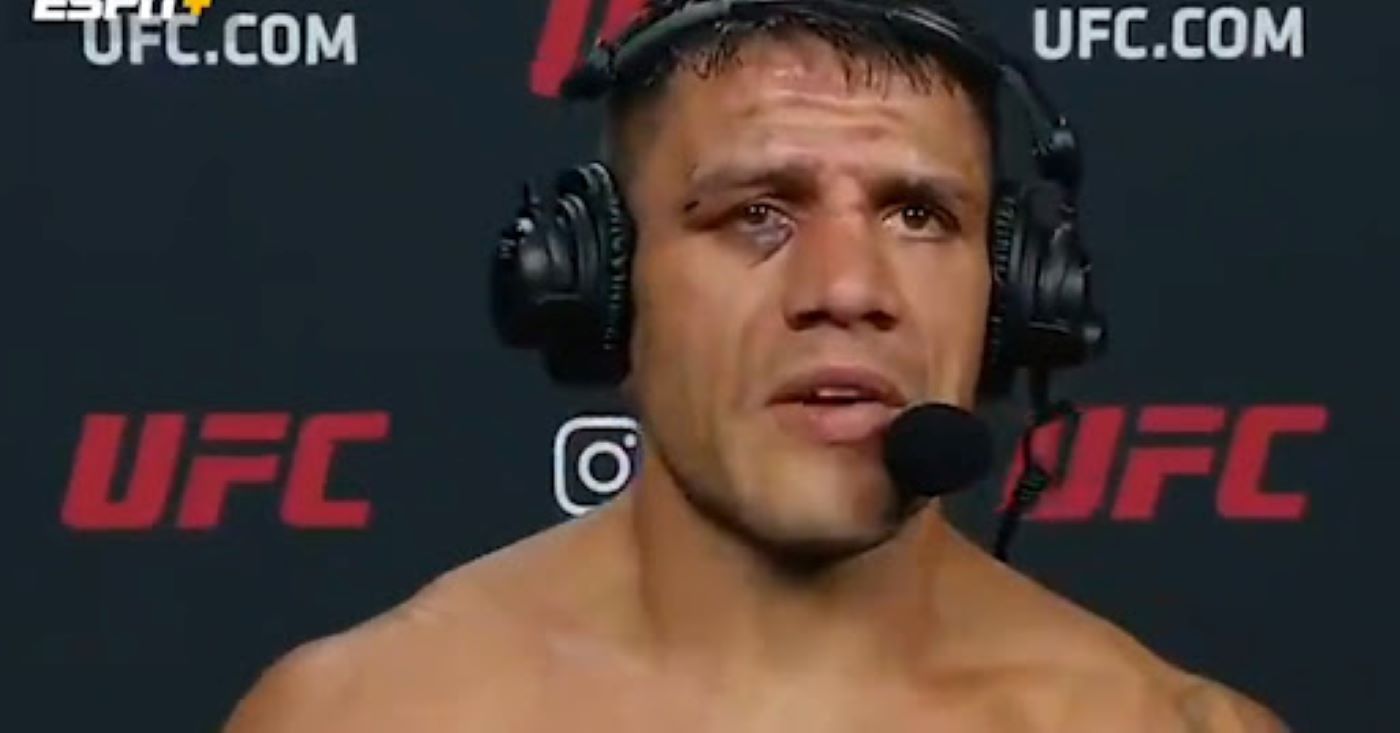 A match-up four years in the making might finally happen. Rafael Dos Anjos issued a challenge to Conor McGregor following his victory over Paul Felder at UFC Vegas 14.

Rafael Dos Anjos was initially scheduled to face Islam Makhachev last night, but an undisclosed injury forced Makhachev to pull out of the fight. Fortunately, Paul Felder accepted to step-in on short notice to replace the Russian. Felder put up a good fight but he was simply overwhelmed by the Brazilian’s pace and grappling skills. Dos Anjos was dominant on the ground and in the clinch, he also held his own in the striking department against a technical striker like Felder. The Brazilian was making his long-awaited return to the lightweight division after spending the last few years at 170lbs. During his post-fight interview, Dos Anjos took a moment to challenge Conor McGregor to a fight.

"If Khabib is really retired, it will leave the division wide open… I think me and Conor is the fight to make."@RdosAnjosMMA reiterates his desire to fight @TheNotoriousMMA after returning to lightweight with a win at #UFCVegas14 pic.twitter.com/73Wj03Jhpo

“If Khabib is really retired, it will leave the division wide open… I think me and Conor is the fight to make.”

He might not be in the prime years of his career, but the former lightweight champion proved last night that he was still a force to be reckoned with at 155lbs.

After manhandling Anthony Pettis to win the belt and finishing Donald Cerrone to defend it, Dos Anjos was at the top of his powers when he was first scheduled to fight Conor McGregor. The fight was regarded at the time as the biggest in the history of the lightweight division. Unfortunately, Dos Anjos had to withdraw from that fight due to an injury. He was later defeated by Eddie Alvarez and lost his opportunity to fight McGregor.

But with McGregor’s renewed commitment to MMA and Dos Anjos’ resurgence at 155lbs, the odds of this fight happening are looking pretty good and McGregor himself seems to agree. The Irishman congratulated Dos Anjos on Twitter and accepted his challenge.

Respect to both men for making this fight and event happen tonight.
Good fight!
I’m in for sure.

Dustin first, but I’m down for it all. Throwback to this classic lol.
Look at Dana hahahah
Vintage MMA entertainment.
El Chap! pic.twitter.com/GiC3yl8HB6

“Dustin first, but I’m down for it all. Throwback to this classic lol. Look at Dana hahahah Vintage MMA entertainment. El Chap!”

McGregor vs Poirier still seems like a priority for the UFC and the winner would probably be looking at a title shot, but if he continues to beat elite opponents, Rafael Dos Anjos might enter that discussion.