Hooker and Chandler will co-main event UFC 257 which is headlined by Poirier's rematch with Conor McGregor. 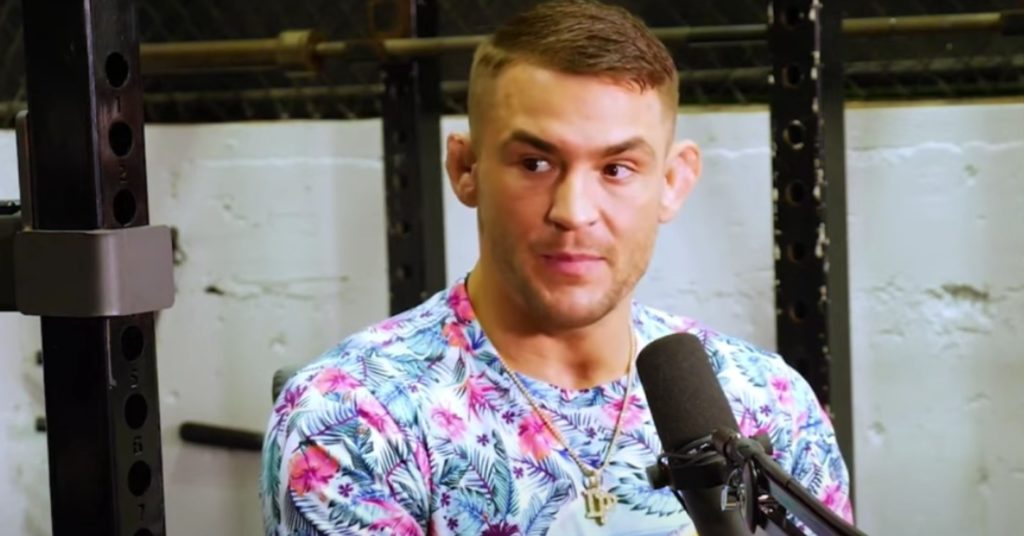 Dustin Poirier is giving Dan Hooker the edge over Michael Chandler for their upcoming fight.

It was recently announced that Hooker would take on Chandler in the co-main event of UFC 257 which takes place January 23 in Yas Island, Abu Dhabi.

Poirier, of course, is headlining the card as he meets Conor McGregor in a rematch. However, he will be keeping a close eye on the co-main event as he could potentially end up facing either competitor in the future.

And “The Diamond” believes it will be a good test for Chandler who will be making his long-awaited UFC debut.

“I saw that, dude. That’s a great fight,” Poirier told Theo Von in a recent podcast. “A good test for Chandler to see where he’s at in the pecking order of the lightweight division because they’re tossing him in the top end which he should be, man. He’s one of the best 155-pounders out there.”

As for how the fight plays out, Poirier is giving a slight edge to Hooker — who he notably beat following a five-round war last summer.

That said, he believes Chandler does have a path to victory at the same time.

“I think Hooker beats him on the feet,” Poirier revealed. “I think the length — you know, Chandler’s not a tall guy — Hooker’s really long and a better boxer than I thought he was, good timing, tough to get his rhythm. Hooker’s a tough fight for anybody, I think. It’ll be if Chandler can get the takedowns, and if he does, can he keep him down?

“If he starts getting takedowns and getting dominant position, he might be able to get a decision. I’m not saying he can’t finish Hooker. He can finish him but I would lean towards Hooker on that one, man. I don’t know the odds, but I would give Hooker a slight edge.

“And it’s Chandler’s first fight in the UFC. I’m sure he has a lot on his back, a lot to prove. But like you said, he’s a veteran. He’s been fighting big names for a long time, so that might not even phase him.”

It’s definitely an intriguing matchup and one where the potential winner could even stake a claim to fight the winner of the main event.

Michael Chandler Ready To 'Get Some Stitches' With Dan Hooker At UFC 257
Read Next Post →
Click here to cancel reply.