Georges St. Pierre looks like he’d be happy in retirement. Four years since his last fight, St. Pierre returns to the cage at UFC 217.

Yet, we kind of wish he didn’t come back. Seeing St. Pierre’s crib decked out in dino bones and swords somehow gets us less hyped for his comeback fight. Can’t the fighter who left with a title around his waist and a 12 fight winning streak in his back pocket be the man we remember.

Odds are four years of ring rust and 36 years of being an athlete will catch-up to GSP eventually. Maybe St. Pierre shocks the world and he puts Michael Bisping to sleep on Saturday night.

Until then let’s peak at what Georges St. Pierre has been doing for the last 48 months; collecting dinosaur bones, buying ancient war swords and chilling in his hot tube while he looks up at the stars for aliens. 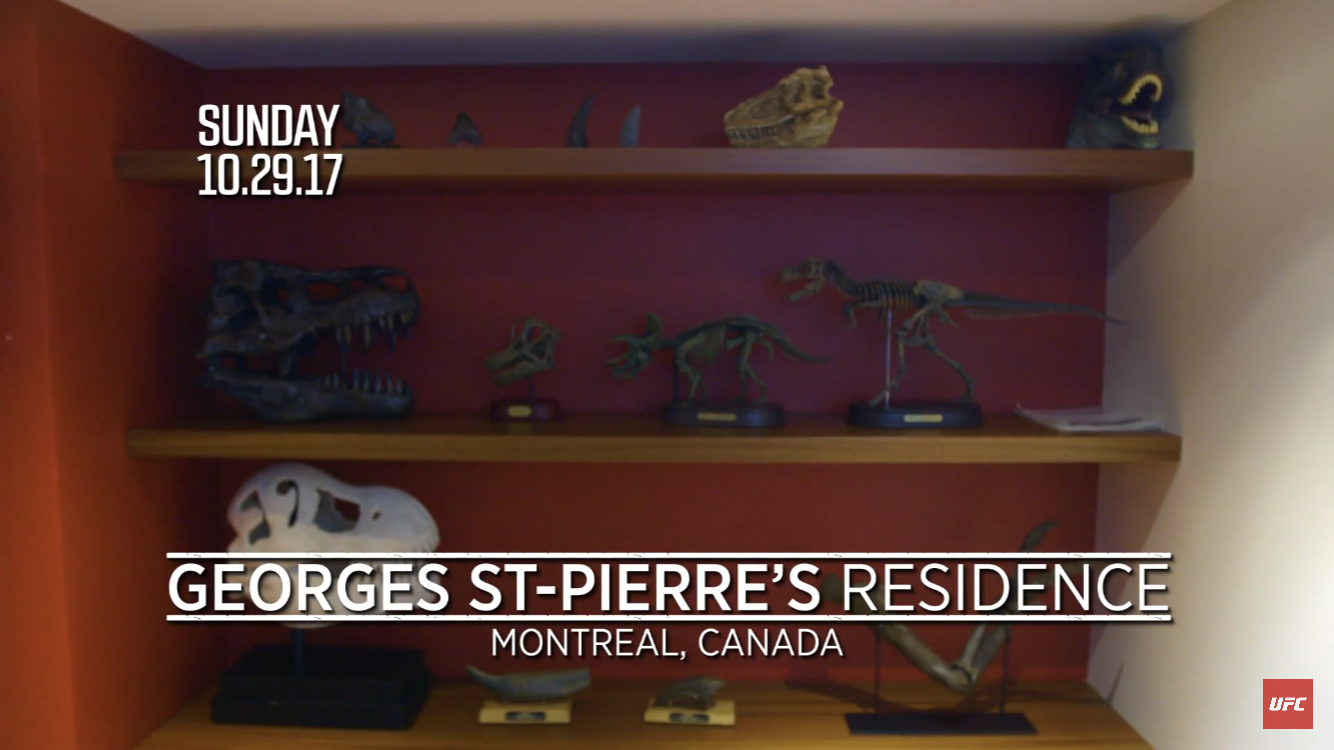 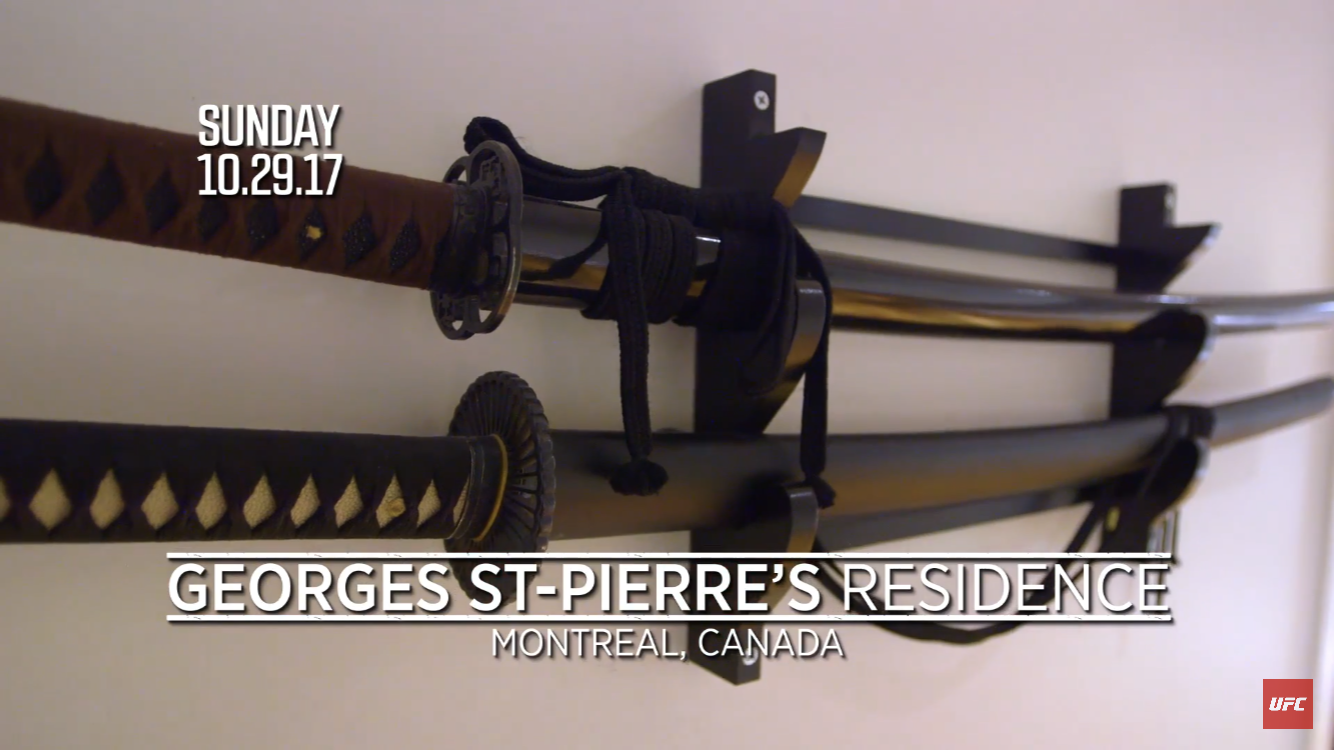 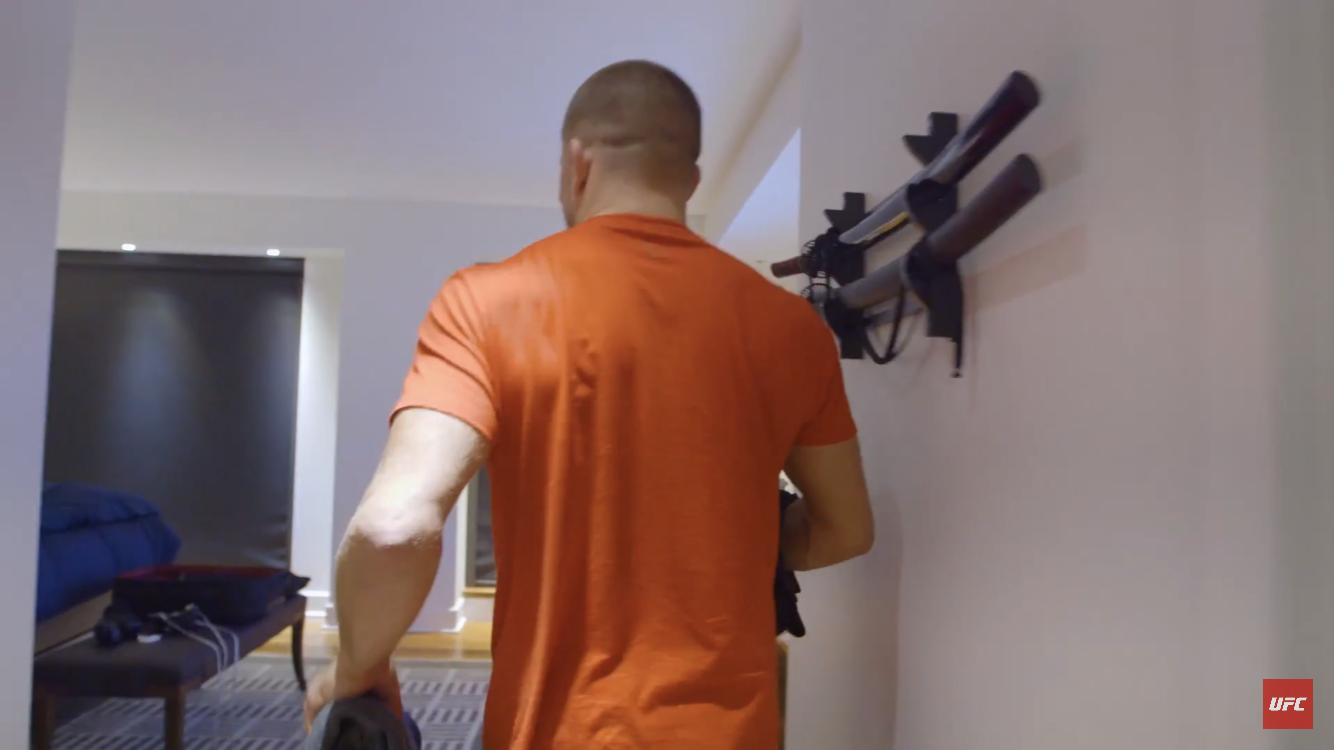