Pic: This rawesome Bisping vs. St. Pierre poster by BossLogic will get you hyped for GSP’s return

Welcome back Georges St. Pierre, now go get another UFC belt for your Canadian waist. On Wednesday the UFC announced GSP’s first fight back for the promotion and the reactions were mixed. GSP at 185 pounds? Versus Michael Bisping?

For a freaking UFC title? Excuse our Canadian profanity but Bisping is neither a welterweight or a Conor McGregor.

Give us your best GIF reaction when you heard the news that @GeorgesStPierre would return to face @Bisping for the MW strap! We'll start .. pic.twitter.com/fn2jAdcyuG

To cure your lack of Bisping vs. St. Pierre fever, A+++ artist BossLogic is here to help. When the UFC’s releases their first Bisping-GSP official poster constructed on the 16-bit Super Nintendo Mario Paint game cartridge, remember this epic BL post below. Until the day GSP officially makes his return walk to the cage commit this poster to the MMA sitting area of your memory bank. 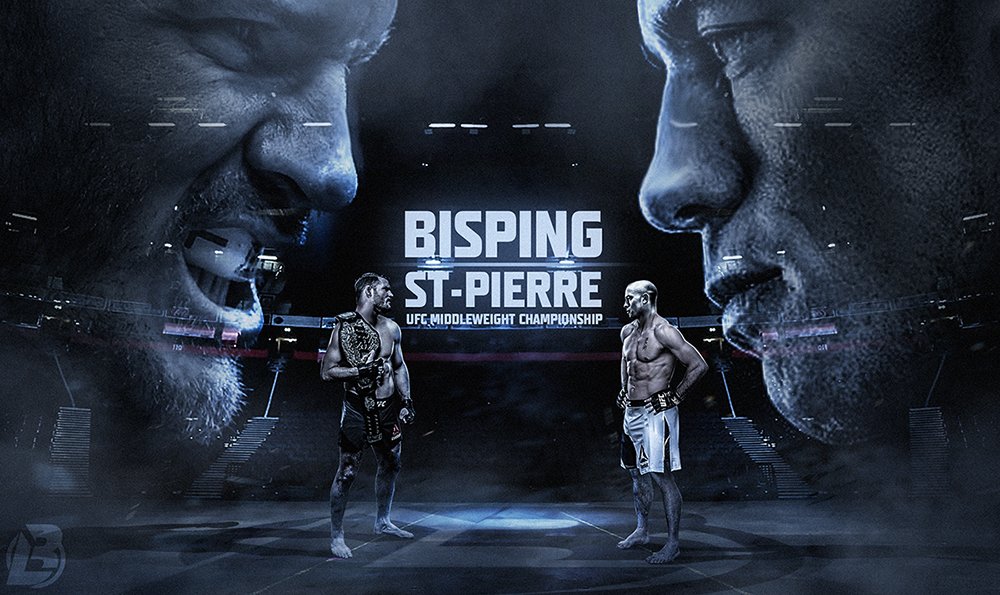 Video: A likely insane Diego Sanchez trains his chin not to be KO’d with a helmet and animal sounds
Read Next Post →
Click here to cancel reply.