Joanna Jedrzejczyk is our aesthetic. Now 14-0 in her MMA career, Joanna Violence is operating on a higher plane of existence than the rest of her female UFC counterparts. In case you missed it at UFC 211 an UFC graphic popped up on onscreen that claimed Jedrzejczyk was the number one female fighter in the world. 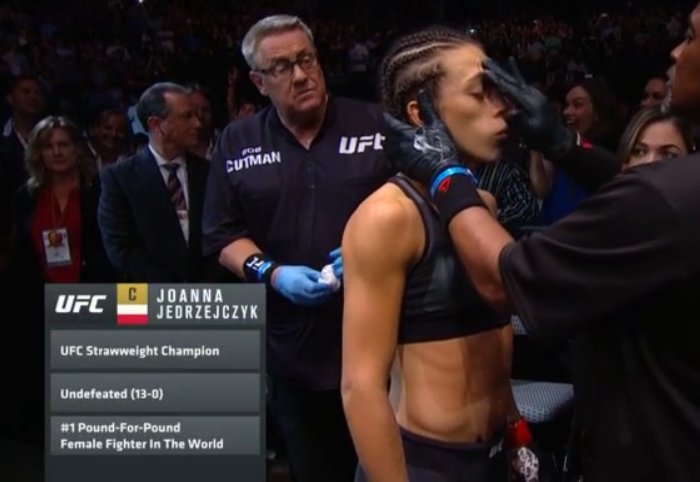 Operating in the UFC ecosystem of mixed martial arts and inspired by the UFC’s typo, intentional confusion or something else, here is MiddleEasy.com’s Pound 4 Pound Women’s Frate Trane…..consisting of only UFC eligible competitors and in frate trane rather than list form.

H/T to @Grabaka_Hitman for the screen cap

Video: UFC’s Kevin Lee is at war with TMZ over Conor McGregor is weak for having a baby quote
Read Next Post →
Click here to cancel reply.