A very Nick Diaz thing to do. The life of Nick Diaz’s social media posts since his last UFC fight have taken on a life of their own.

January 31, 2015, where were you when Diaz moved up to middleweight and fought Anderson Silva? That is almost four years ago. Come on Nick, we’re only like three months from a rumored Diaz vs. Jorge Masvidal fight at an UFC card in March 2019.

Will Diaz make it to the finish line before some random stuff happens and he nosedives this fight into the ground?

Diaz’s latest adventure involves him partying (stop us if you heard this before) and talking shit about the UFC. LOL of course Diaz would do that. Not only did Nick talk trash, he then name dropped Bellator to add more fuel to the fire. 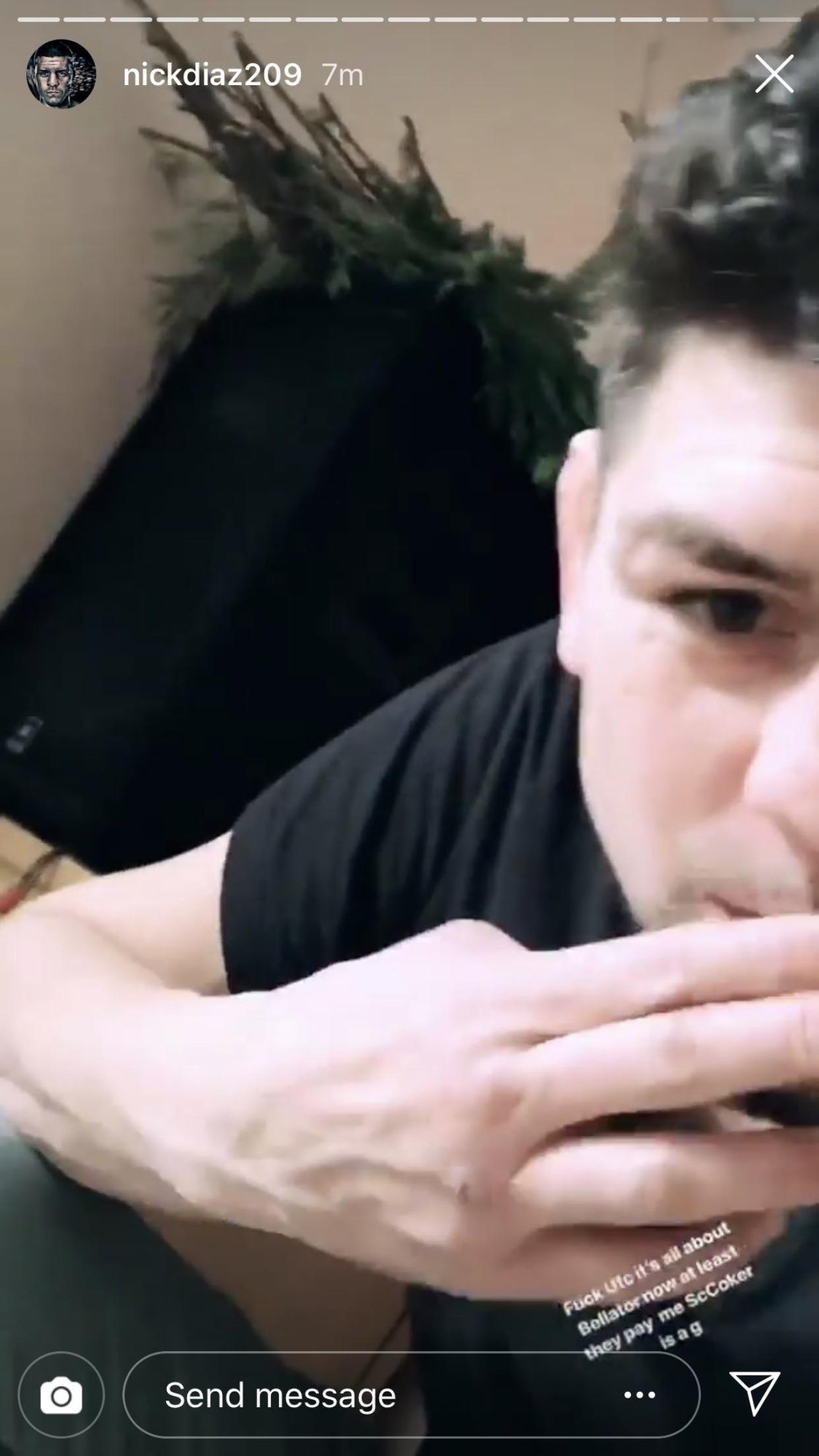 “Fuck Ufc it’s all about Bellator now at least they pay me Scott Coker is a g.”

If we run Diaz’s text through the “Diaz Brothers Translator 3000” it sounds like Nick is eyeing Bellator but just happy to be back fighting again. Whether he only fights for the UFC in 2019, is a whole different question. Our best guess? If Diaz loses his UFC comeback fight to Jorge Masvidal, the UFC will happily hand him his walking papers.

If Diaz pulls the upset and looks good doing so? The UFC may be back in the Diaz business again.

H/T to @HammerTime3850 for the screenshot

Conor McGregor Thinks Max Holloway Is Not Greater Than Him!
← Read Last Post