Pic: Miesha Tate tells people to stop body shaming her because she is pregnant

Don’t body shame Miesha Tate. As if body shaming people wasn’t bad enough, we present people body shaming a woman carrying a baby human in her belly. How can you body shame a pregnant woman?

Is this a case of the 2018 world we live in? Or just dumb people saying dumb shit to former UFC champion Miesha Tate?

Out of all the people to guilt trip about being preggers, you pick a wrestler and martial artist known for her fitness? What’s next height shaming Stefan Struve? Wrestle shaming Khabib Nurmagomedov? Weed-tolerance shaming the Diaz Brothers?

Don’t body shame anyone but especially don’t body shame Miesha Tate. She’s in the process of creating human life, let her have a extra bite of cupcake for fucks sake. 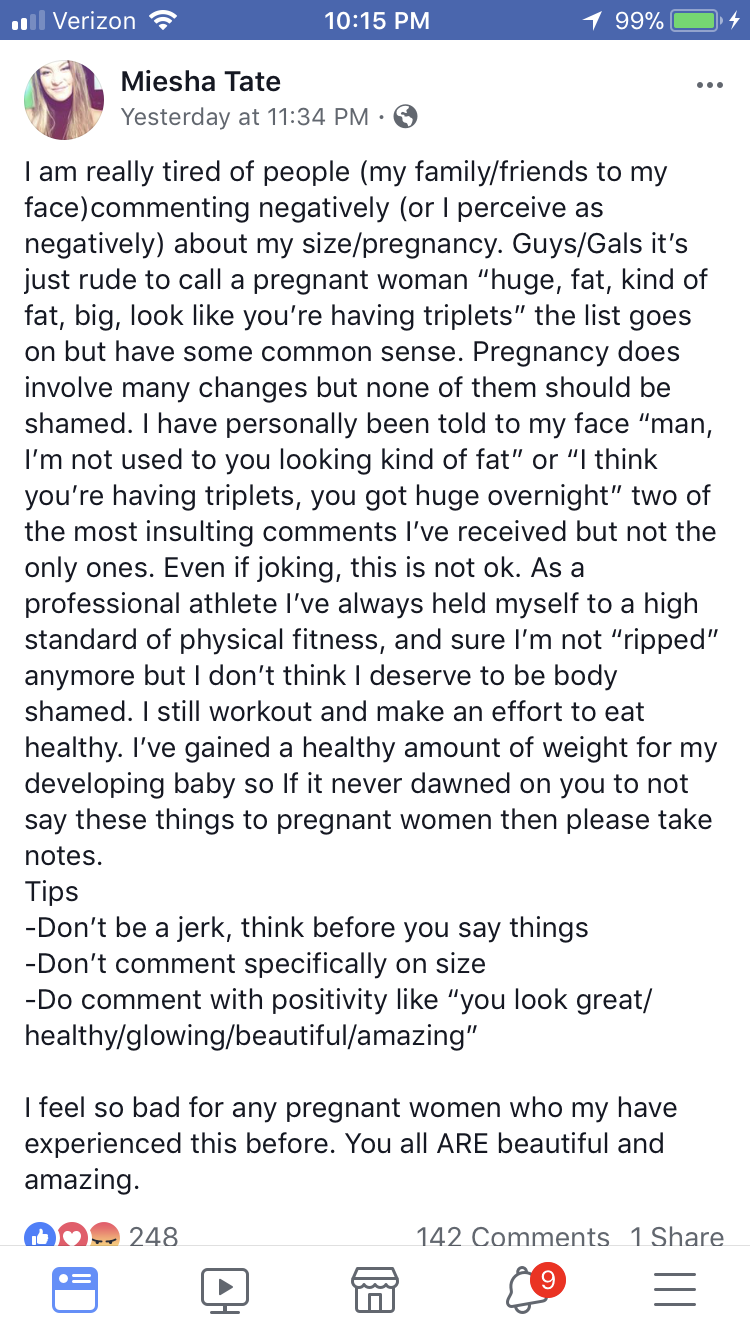