Pic: Jesus, fighter leaks Bellator contract that was set to pay him $250.00 to fight

Look, we know Bellator mostly books local talent to fill their undercards but this is still a horrible look. Just bad. This is the number two promotion in the world and this Bellator contract may have been the worst thing we have ever seen. 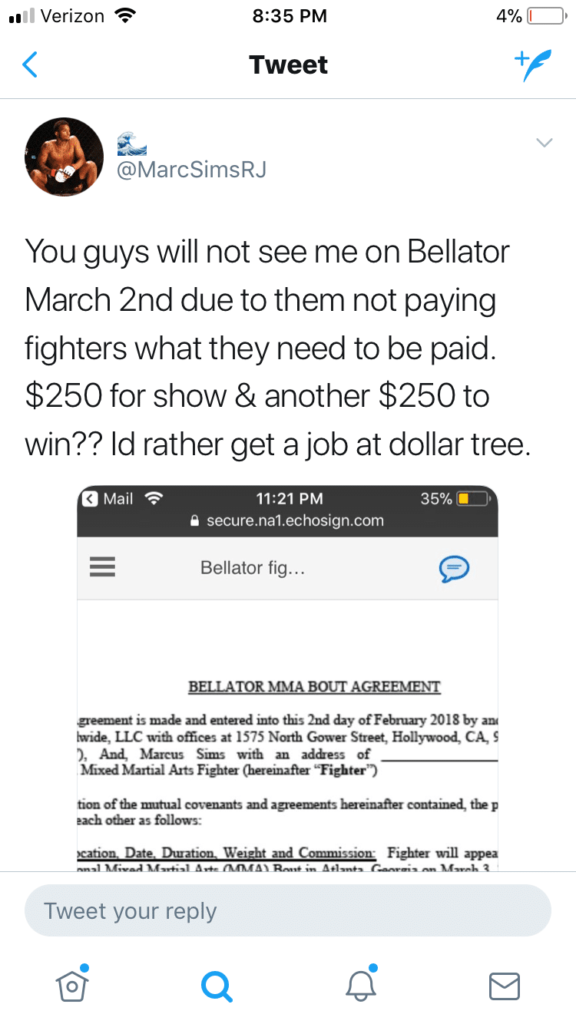 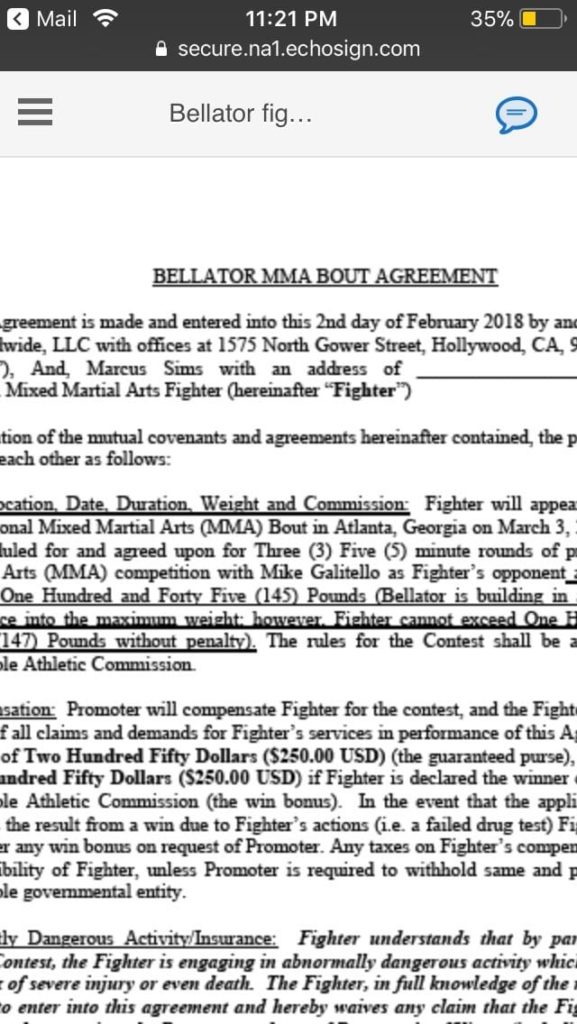 $250.00 to fight for a Viacom run MMA promotion? Two fifty? Two-five-zero? Almost want to take back all the criticism we tossed at the UFC for their treatment of John Dobson but we can’t.

MMA promoters far and wide are cheap as all hell. The toughest sport in the world produces the lowest paid professional athletes.

Update: Life comes at you fast

Just like that I’m signed to fight for Bellator March 2nd! pic.twitter.com/a8UL75dkkG