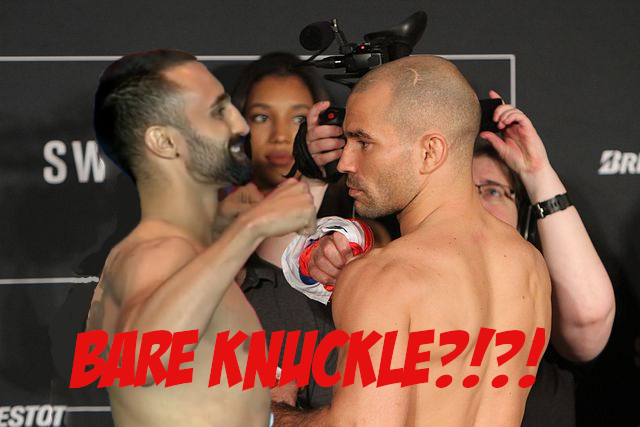 Looks like Paulie Malignaggi may be coming out of retirement. The former boxing world champion, turned analyst and commentator could potentially be signing a deal with Bare Knuckle FC to compete in bare knuckle boxing. This, per a post by Helen Yee on Twitter.

Sources have told me Paulie Malignaggi is about to sign with @bareknucklefc and is expected to fight Artem Lobov if he wins his fight April 6. @PaulMalignaggi @RusHammerMMA

“Sources have told me Paulie Malignaggi is about to sign with @bareknucklefc,” Yee wrote. However, the biggest bombshell in this news is a potential match-up for Paulie. According to Yee, he is expected to face former UFC fighter Artem Lobov, provided Lobov is successful in his April 6th bout with the promotion.

This is earth-shattering news, if correct. Especially considering the rivalry between Paulie, and Artem’s close friend and training partner, Conor McGregor. McGregor brought in Malignaggi as a training partner for his boxing match against Floyd Mayweather back in 2017.

The two would turn into heated rivals when a video was released of a sparring match between the fighters. The video apparently showed Paulie getting dropped by McGregor. This video was released following comments made from Malignaggi about the lack of boxing skill from McGregor. Following would be a stream of back and forths, and a rumored bout between the two.

Now Artem Lobov has been released from the UFC, following a slew of issues stemming from McGregor’s legendary rivalry with Khabib Nurmagomedov. In fact, the height of the rivalry stemmed from an altercation between Lobov and Khabib. This provides the perfect setting for an exciting bout.

This match-up between Malignaggi and Lobov, if it comes to fruition, could potentially be the biggest event in Bare Knuckle FC history. Without a doubt, Paulie Malignaggi would be their biggest signing to date.

Derick Lewis Talks Daniel Cormier Loss: 'If Not For Media I Would've Been Alright'
Read Next Post →
Click here to cancel reply.