We should be better than this but we still have a very long way to go. For the first time since she became a public figure, UFC fighter Paige VanZant opened up about being a rape victim.

VanZant revealed a secret about herself and then a wave of male MMA fans trashed her for it. It’s The Internet and celebrities should never read the comment section but this was a new low for even the darkest places on the web.

MMA Fighting was the first to interview PVZ and their story got hit the most by horrible of human beings and their opinions on the female gender.

First up, VanZant recounts her sexual assault to MMAF

“VanZant, 24, went into some graphic details about being attacked. While in high school in her native Oregon, she wrote that boys got her drunk at a party and several of them raped her when she could not defend herself.

“They move me around,” VanZant wrote. They change my position. I fail each time I try to resist, my limbs like wet cement on my body, my brain a heavy fog. I am awake and conscious, but my body feels dead. I know what is happening but can do nothing to stop it. I have no voice or choice but to submit and pray that it ends soon.”

Then the comment section opened up everywhere. Fighting turned the comments off on their site but on social media every male with sexiest hot take was there to add their two cents but it was bad at every outlet that reported the news. 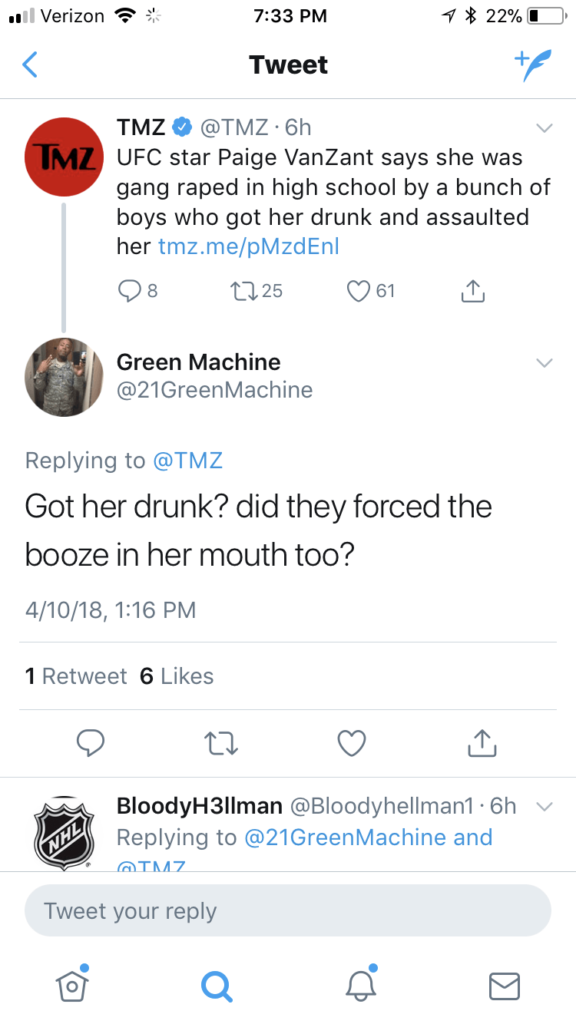 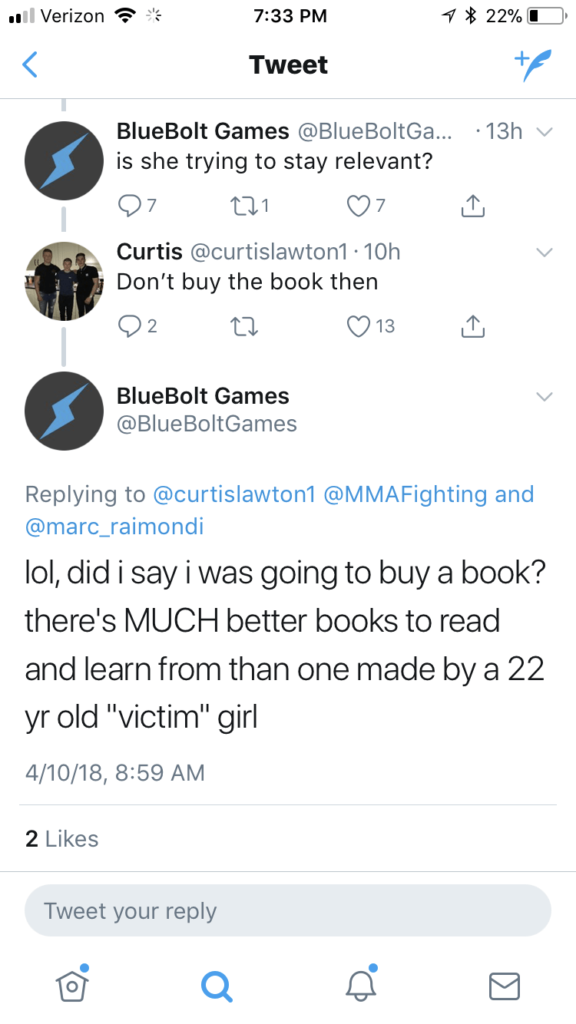 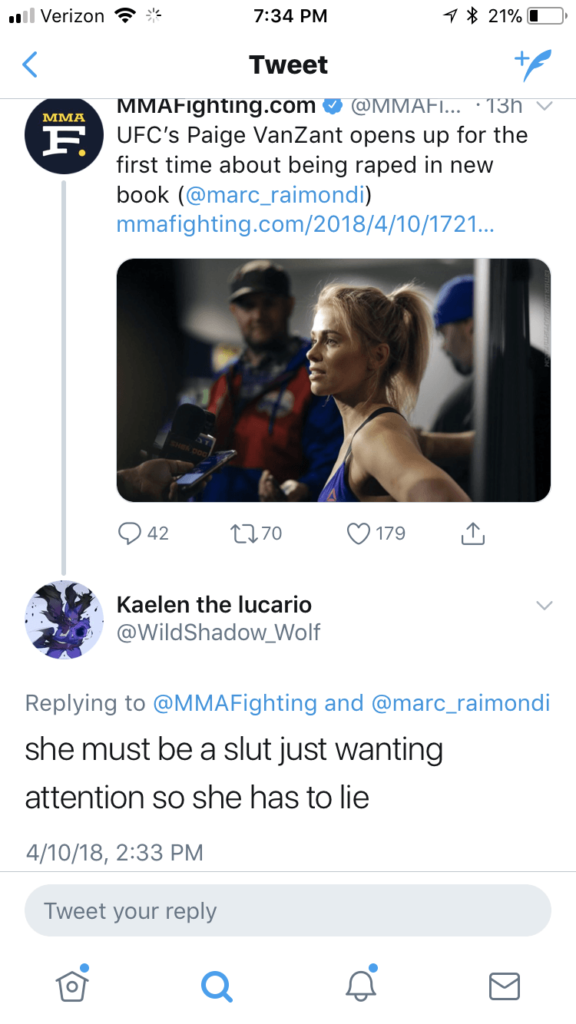 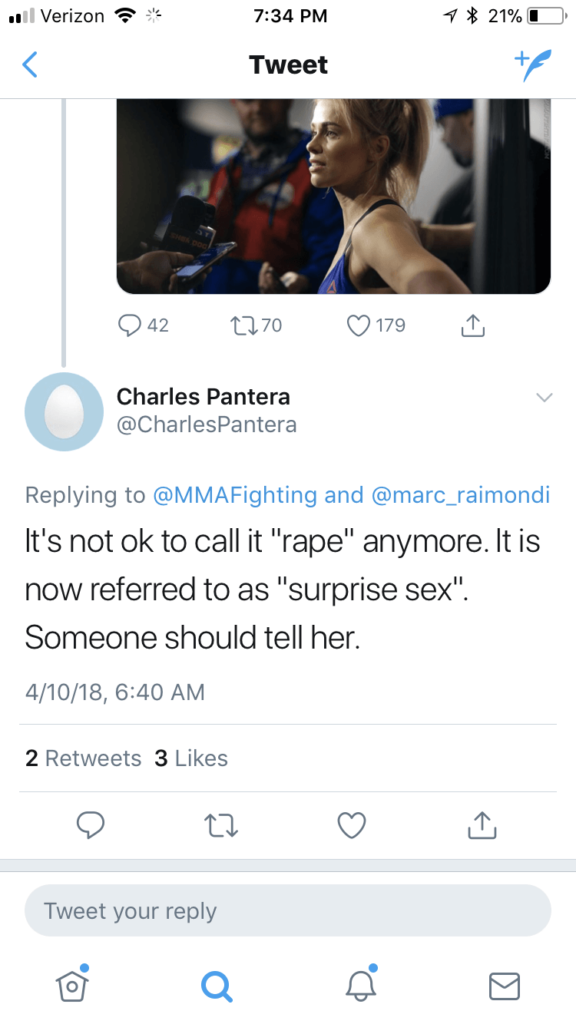 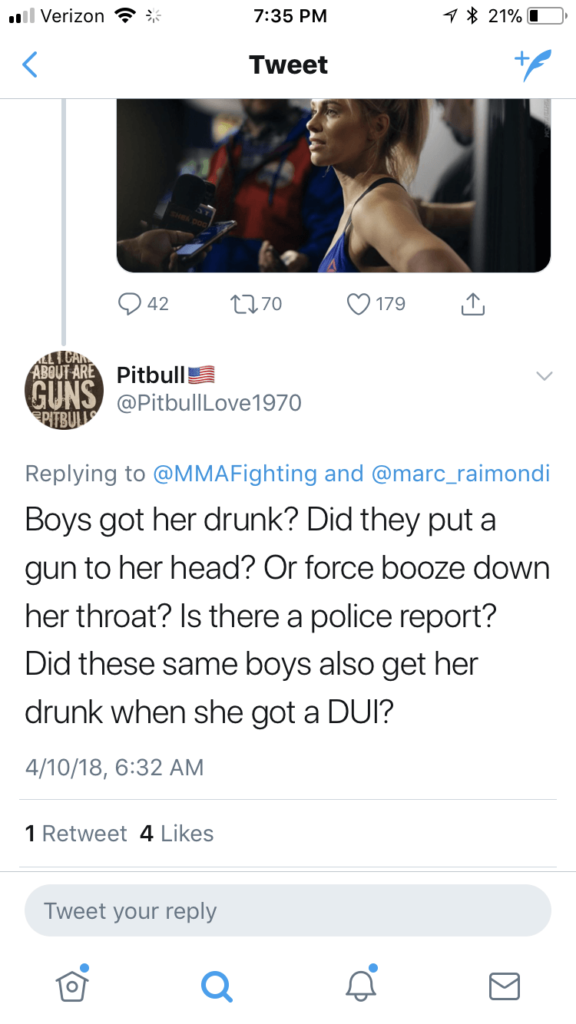 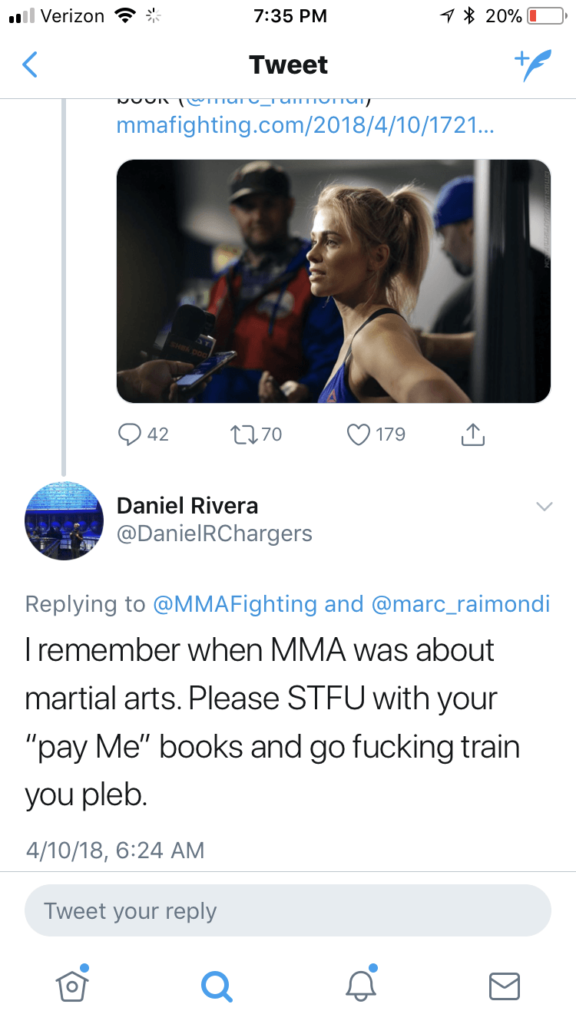 We feel like we have had to say this before but again…..if you have a mother, wife, daughter, girlfriend, sister, cousin, aunt, grandmother or friend that you love, show some respect for woman, push for gender equality and just be a good human being for fucks sake.

It’s 2018, times are changing but on some fronts they are not changing fast enough.

All smiles today ❤️ the past is the past. RISE book tour is all about strength, power and the future! #rise with me. pic.twitter.com/U8xmt2tQkB