Paddy Pimblett humbly alerted someone that his dog took a ‘sloppy s**t’ in their yard.

When ‘The Baddy’ isn’t fighting, he’s enjoying life and eating well. Pimblett’s humble personality outside the Octagon was recently shown in a video on social media. The UFC lightweight was walking his dog when he found himself in a tricky situation. He appeared on a stranger’s Ring doorbell and had this to say:

“Hello, me dog’s just had like a sloppy s**t outside. I was just wondering if yous got some water, I don’t wanna leave it outside.”

After waiting patiently, Pimblett was greeted through the doorbell speaker by a lady that lived in the building. She had this to say after ‘The Baddy’ revealed his dog’s recent actions:

“Is that Paddy the Baddy?… I’m five minutes away from home. No worry, I’ll clean it.”

Pimblett then responded by saying:

“Are you sure? I just feel terrible, you know what I mean? He just had a proper sloppy s**t, and I can’t even pick it up with the poo bag… Thank you very much. Once again, I’m sorry about that. I hate doing stuff like that. That’s why I knocked on.”

Moments like these are why Pimblett is so beloved by the MMA community. Since joining the UFC, everything has gone as planned for ‘The Baddy.’ The question is, will Pimblett’s hype train eventually die out, or will the Liverpool native become the biggest superstar in UFC history?

Imagine openin your ring door bell to paddy the baddy tellin ye his dogs just had a sloppy shit outside yours 😂😂 pic.twitter.com/b4k1g9LJjw

What’s next for Paddy Pimblett?

Paddy Pimblett’s next fight is right around the corner at UFC 282. ‘The Baddy’ is taking on Jared Gordon, who is well-rounded and has been underrated throughout his career. The Liverpool native is riding momentum after finishing all three of his UFC opponents, but Gordon should not be overlooked.

The UFC 282 fight card was recently shuffled after former light heavyweight champion Jiri Prochazka was forced to pull out with a severe shoulder injury. Prochazka vacated the belt, and Jan Blachowicz vs. Magomed Ankalaev are now fighting for the vacant belt. Pimblett vs. Gordon has been promoted to the co-main event, which offers an increased spotlight for the winner.

Paddy Pimblett vs. Jared Gordon is the new co-main event for #UFC282 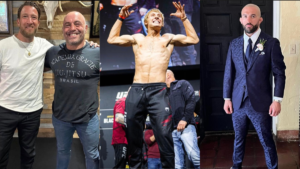 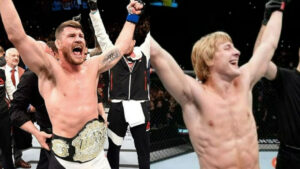 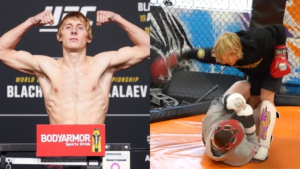 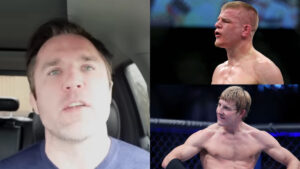