Conor McGregor is 5-0 in the UFC but in an odd way he is still kind of a mystery. What version of McGregor will step into the cage at UFC 189? His opponent on Saturday, Chad Mendes says McGregor is a black belt in trash talking and has little else to offer once the cage door shuts. A master of mind games prefight and battling American wrestlers during a scrap, from his couch Nick Diaz has an opinion on Mr. McGregor.

Diaz is clearly a black belt in emoji use.

After watching McGregor’s workout both grappling and striking, Diaz kind of questions where the Irishman’s head is at. Is the pressure getting to McGregor? Has McGregor and the UFC committed the title challenger to too many media appearances? McGregor is now the betting favorite over the more experienced Mendes at UFC 189, but will he live up to the hype once the cage door closes? 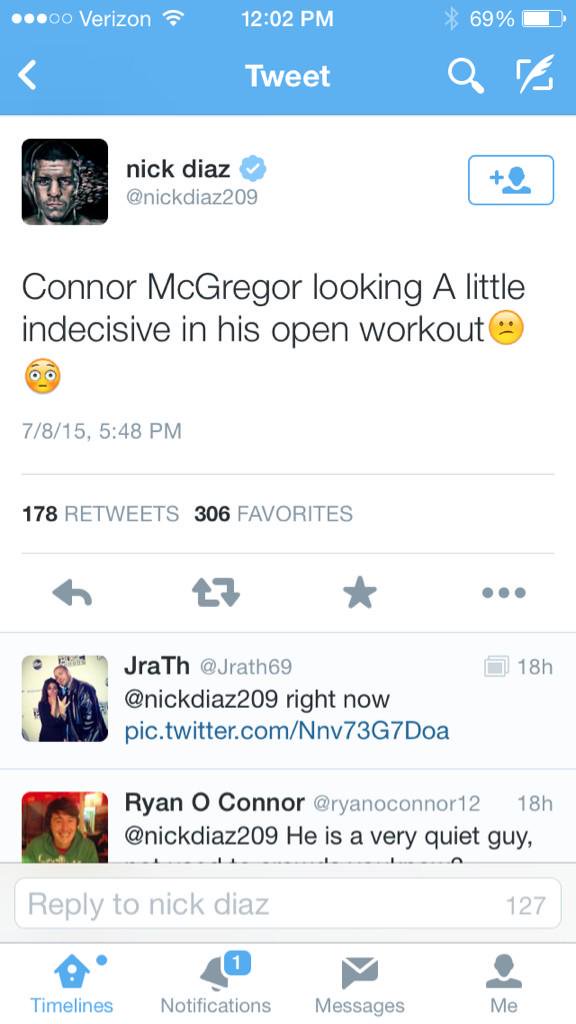